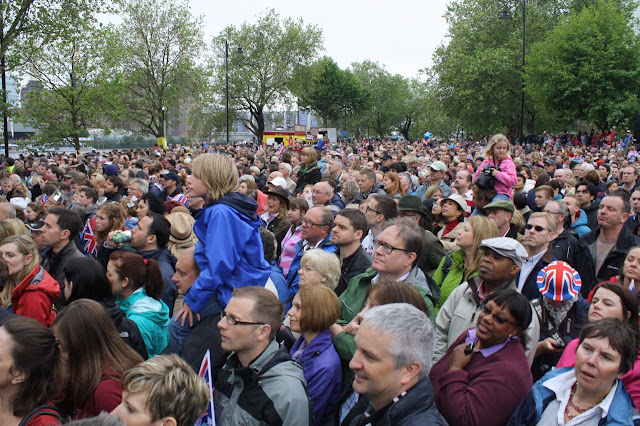 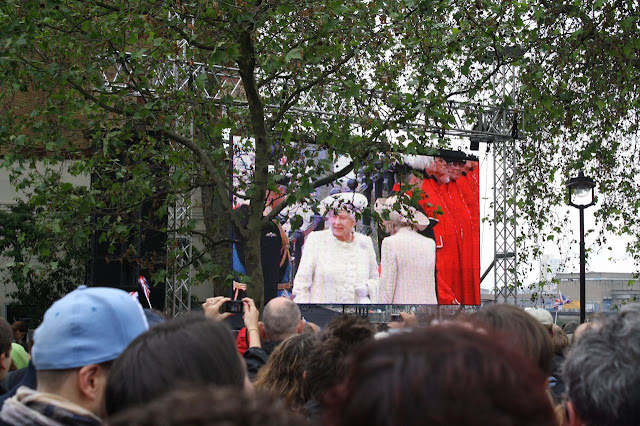 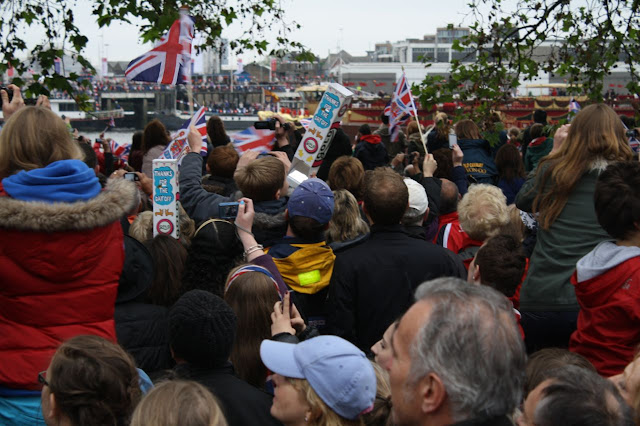 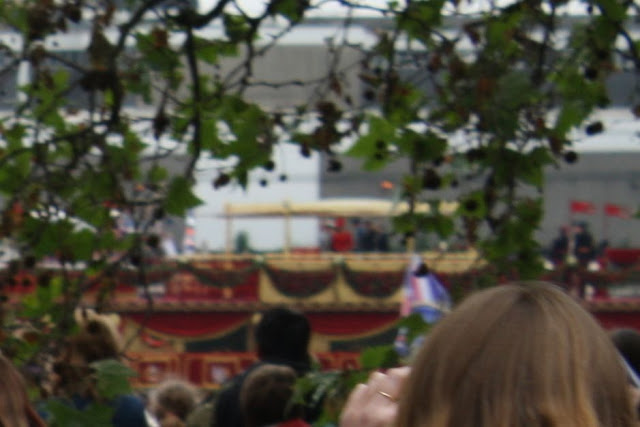 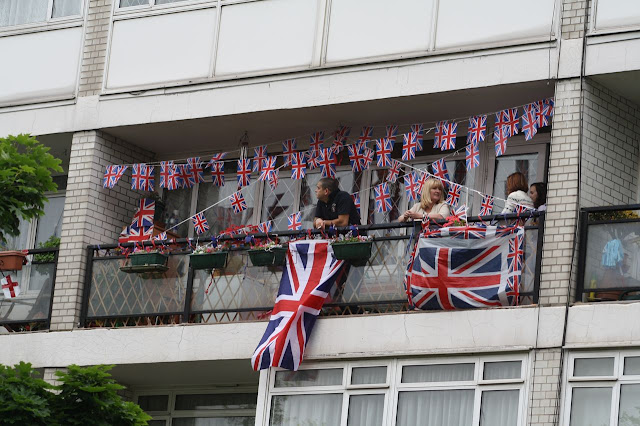 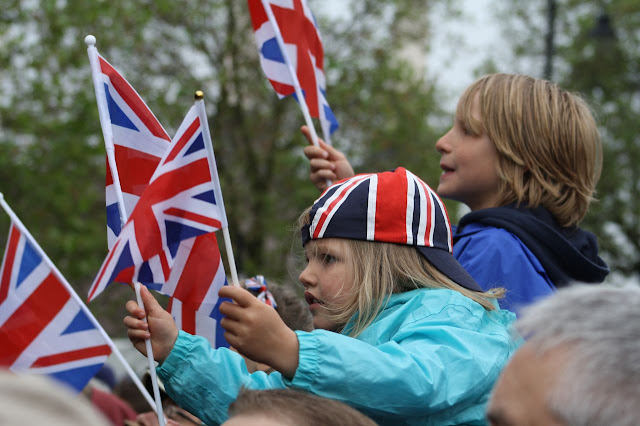 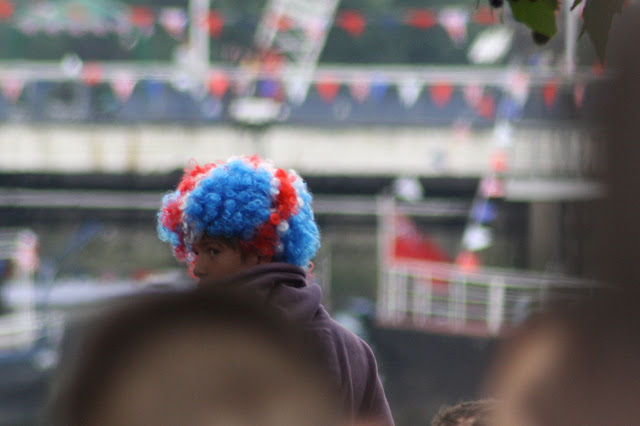 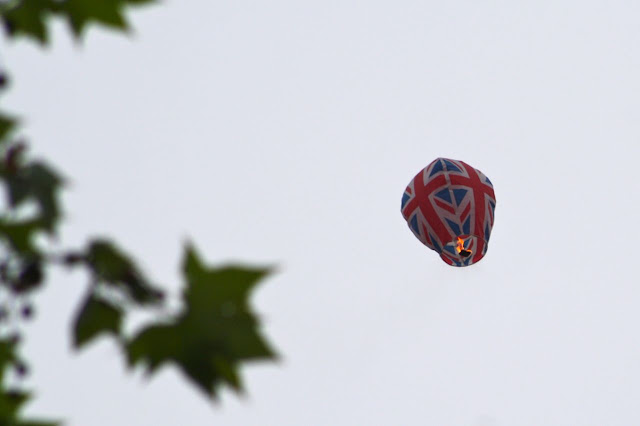 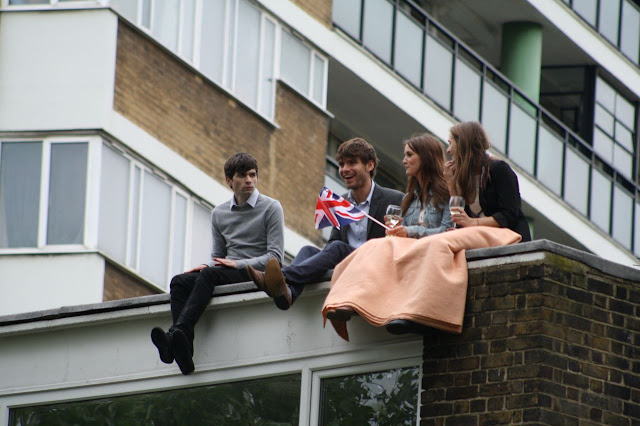 I love these! Of course there are "official" pics but yours bring me much closer to imagining what it was like.

The Queen is truly eternal! Wow.

So cool that you were there for this! And you are right - that group at the end ARE models. They have to be :)

thank you for taking us there. the energy in these pics remind me a little of when the crowds went to washington for the inauguration of obama.

Your photos are very good. Mine were so dim and dark, because of the crummy weather. We were in Chelsea and it was much the same - except that we cycled back so got the full force of the rain. Even though we were in waterproofs, underwear was still soaked with the rain! wow.
But I am glad I went, and I'm told the BBC commentary was fatuous. I would rather get the atmosphere "on the spot">

I have flotilla envy! The entire celebration just gives me goose flesh and I let out a little peep of a cheer to see your photos! Wish i was there! Thank you for making it seem as though I might be! Love the crowds! They are all so happy!

Great! I eagerly awaited these, and I really enjoyed them -- glad you had fun and were able to capture the spirit of the day!

That is a photogenic group - wow!