Shades of Python in Daniel Defoe 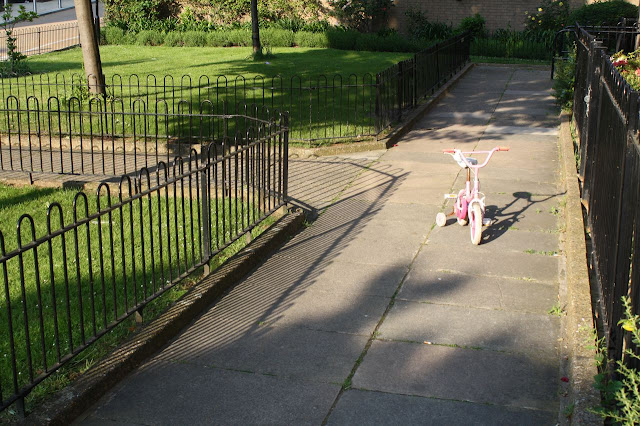 In his 1722 historical novel "A Journal of the Plague Year," Daniel Defoe relates a tale that will sound familiar to anyone who knows the movie "Monty Python and the Holy Grail":

It was under this John Hayward's care, and within his bounds, that the story of the piper, with which people have made themselves so merry, happened, and he assured me that it was true. It is said that it was a blind piper; but, as John told me, the fellow was not blind, but an ignorant, weak, poor man, and usually walked his rounds about ten o'clock at night and went piping along from door to door, and the people usually took him in at public-houses where they knew him, and would give him drink and victuals, and sometimes farthings; and he in return would pipe and sing and talk simply, which diverted the people; and thus he lived. It was but a very bad time for this diversion while things were as I have told, yet the poor fellow went about as usual, but was almost starved; and when anybody asked how he did, he would answer, the dead cart had not taken him yet, but that they had promised to call for him next week.

It happened one night that this poor fellow, whether somebody had given him too much drink or no -- John Hayward said he had not drink in his house, but that they had given him a little more victuals than ordinary at a public-house in Coleman Street -- and the poor fellow, having not usually had a bellyful for perhaps not a good while, was laid all along upon the top of a bulk or stall, and fast asleep, at a door in the street near London Wall, towards Cripplegate; and that upon the same bulk or stall the people of some house, in the alley of which the house was a corner, hearing a bell which they always rang before the cart came, had laid a body really dead of the plague just by him, thinking, too, that this poor fellow had been a dead body, as the other was, and laid there by some of the neighbors.

Accordingly, when John Hayward with his bell and the cart came along, finding two dead bodies lie upon the stall, they took them up with the instrument they used and threw them into the cart, and all this while the piper slept soundly.

From hence they passed along and took in other dead bodies, till, as honest John Hayward told me, they almost buried him alive in the cart; yet all this while he slept soundly. At length the cart came to the place where the bodies were to be thrown into the ground, which, as I do remember, was at Mount Mill; and as the cart usually stopped some time before they were ready to shoot out the melancholy load they had in it, as soon as the cart stopped the fellow awaked and struggled a little to get his head out from among the dead bodies, when, raising himself up in the cart, he called out, "Hey! Where am I?" This frighted the fellow that attended about the work; but after some pause John Hayward, recovering himself, said, "Lord, bless us! There's somebody in the cart not quite dead!" So another called to him and said, "Who are you?" The fellow answered, "I am the poor piper. Where am I?" "Where are you?" says Hayward. "Why, you are in the dead-cart, and we are going to bury you." "But I an't dead though, am I?" says the piper, which made them laugh a little -- though, as John said, they were heartily frighted at first; so they helped the poor fellow down, and he went about his business.

I know the story goes he set up his pipes in the cart and frighted the bearers and others so that they ran away; but John Hayward did not tell the story so, nor say anything of his piping at all; but that he was a poor piper, and that he was carried away as above I am fully satisfied of the truth of.

Did this inspire the "I'm not dead yet" scene in "Holy Grail"? Wikipedia made that connection, as did another blogger. Being Oxbridge educated, I'm sure the Pythons knew Defoe's book and this story. Turns out that scene has been amusing people for centuries!

(Photo: Not quite the dead cart, but still a bit melancholy in the lonely landscape of our apartment complex!)
Posted by Steve Reed at 6:26 AM

Don't know how Reseemot 3 got into my comment- it was the word verification! This is not going well!
BTW- I miss London SO MUCH! You are a lucky man and man to be living there, you realize? Are you there for keeps?

I wondered what on earth "reseemot 3" was! LOL! Google's word verification has seemed especially nightmarish over the last several months, and the numbers of comments I get has dropped precipitously. Maybe I'll try turning it off again. Anyway, sorry about that.

Yes, we think we're here for keeps, but never say never (or always). For now we consider ourselves permanent residents.