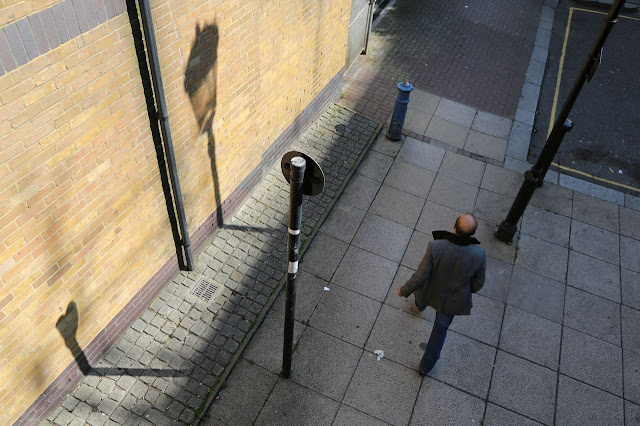 -- I didn't mention Father's Day here, but I did Skype with my Dad last week to wish him a happy one. It was great to talk to him. He seems to be doing well, and I'm looking forward to a visit from my stepsister and nephew in just a few days. Should be fun!

-- Dave's birthday is this Friday, but as (bad) luck would have it, he's going to be in Rhode Island at a conference. So we celebrated Sunday. I gave him some dinnerware he wanted, and a few new cooking vessels, and some shirts. Then we went to Bar Bouloud in Knightsbridge for dinner, where I shocked even myself by ordering a Basque blood sausage tart. From time to time at restaurants I really try to break out of my food comfort zone (remember the duck heart salad?), but in this case, being adventurous wasn't the greatest idea. I am not a blood sausage fan. At least now, having tried it, I can say that with authority.

-- You may remember that I am a huge fan of '70s disaster flicks. Well, I recently tried to rent "The Towering Inferno" on either Netflix or iTunes, to no avail. Neither site has it. When our collegiate guest Sarah was here, she suggested another way to watch free movies online, so I tried that -- but it seemed to involve registering for a site and maybe even downloading software, which looked way too shady. Finally, on Sunday, I thought to look for it on YouTube. And there it was, the entire movie! We watched it and had a great time. Sometimes the easiest option is the best.

-- Also Sunday I read a short book called "Conspicuous Compassion," by Patrick West, in which he argues that the mass outpourings of grief that occur after some news events, such as the death of Princess Diana, are really selfish displays of our own egotism. They're meant to show the world how "caring" we are. Likewise, giving money to beggars and marching in protests against economic inequality and other issues can merely be a form of showing off, West contends. Overall the book seemed extremely cynical, but I think there's a grain of truth there. I've always been uncomfortable with those stacks of teddy bears and flowers that materialize outside the houses of young murder or fire victims. On the other hand, I think people genuinely want to find ways to connect, and in our media-driven, hypercommunicative culture such memorials often become the focus of those desires.

-- Remember our night of rioting in Notting Hill last August? Well, some of the suspects were caught, and they're on trial now.

(Photo: Looking down from a footbridge over the Grand Union Canal, last Wednesday.)
Posted by Steve Reed at 6:53 AM

How funny you should bring up the Towering Inferno because that was going to be the name of my next blog entry. My ferns are out of control, so I was going to take a pic of them and call it Towering (because they are InFERNo. :) I would have posted it yesterday but I was not happy with my shot from my little camera.

P.S. What's next: The Poseidan Adventure? Or did you already watch that one?

I LOVE disaster movies. I would watch them all, but Mike is not a fan. I should just watch them on youtube & wear head phones :)

I can't believe the things you will try to eat. I think I could say with authority that I am not a fan of blood sausage without ever even seeing one - ha!

I am afraid I agree with West, not entirely re: the motivation- people just don't know what to do but for the most part there seems to be a lot of ones identity invested in "causes".I have a friend who jumps on nearly every band wagon cause to save the earth, the whales, the trees, democracy...but really her life is not exemplary.Insecurity seems to underlie the noise makers a lot of the time.
Ewwuu- Blood anything, yuck- I made the mistake of trying steak and kidney pie...GROSS! So sorry you made that choice on such a wonderful occasion! Happy Birthday to Dave.