A Visit to Kent 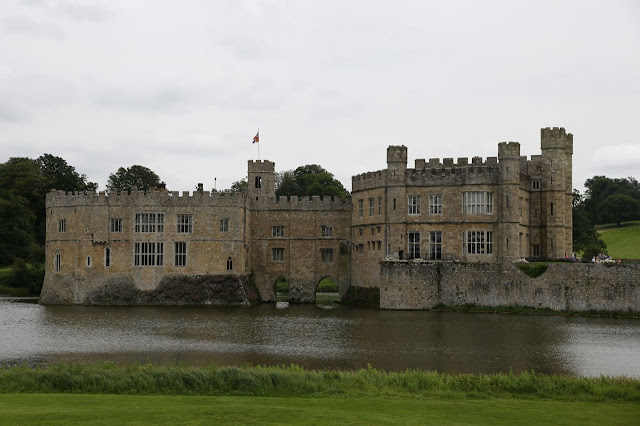 In the year that we've lived here in England, I've done almost no traveling outside London. We had one jaunt to Stonehenge last September, and that's been about it. But with my stepsister Jennifer and nephew Jesse visiting, Dave and I decided to join them in exploring the countryside.

Yesterday we hopped on a bus and headed southward into the county of Kent for a daylong tour. Our first stop was Leeds Castle, parts of which date back to the early 1100s. Once the home of British royalty and sometimes their spurned wives -- Catherine of Aragon lived here for a while -- it was most recently inhabited by an Anglo-American heiress from the Whitney family, Lady Baillie. She opened it to the public upon her death in 1974. 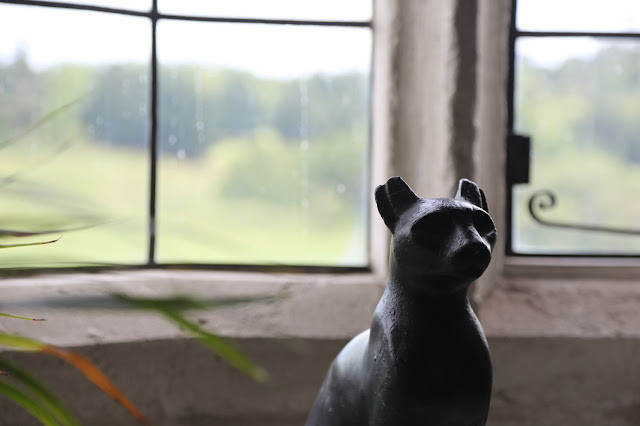 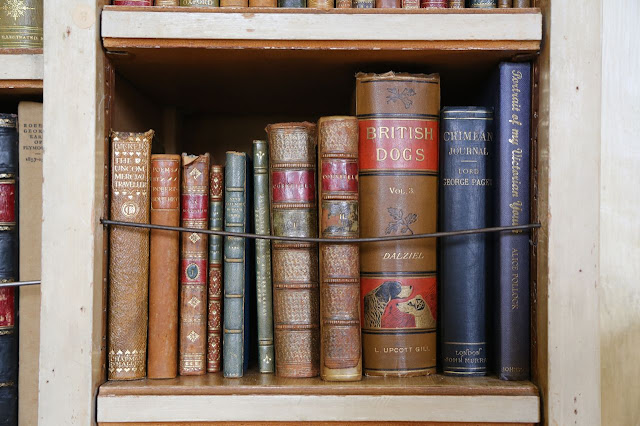 The castle still contains many of Lady Baillie's furnishings, including her Egyptian cat statue and her book collection. (I love that "British Dogs" tome, but where are volumes one and two? And did Lady Baillie really read Lord George Paget's "Crimean Journal"? Yawn!)

The structure was beautiful, with its Norman wine cellar, crenellations and moat full of Australian black swans. But overall I wouldn't want to live in a castle. Too big, too drafty, and just not at all cozy.

From there we drove down to Dover, to check out the famous white cliffs. (Dave and Jennifer were impressed that I know the words to Vera Lynn's famous World War II song -- but hey, it's on my iPod!)  We stood on the pebbly beach and took some photos, then piled back into the bus for the trip to Canterbury. 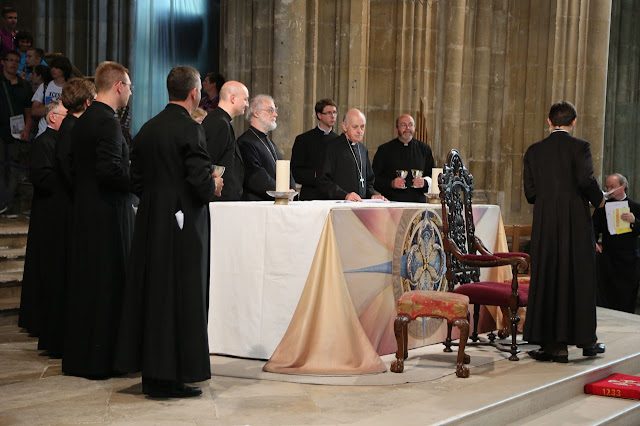 The main attraction there, of course, is Canterbury Cathedral. When we entered, I was stunned to see the Archbishop of Canterbury himself, Rowan Williams, preparing for an ordination ceremony this weekend. (That's him in the center above, with the gray beard and wild eyebrows.) We were told that although the Archbishop -- religious leader of the Church of England and the worldwide Anglican Communion -- is often at the cathedral, we were lucky to have the opportunity to see him working.

The cathedral itself is like all cathedrals, huge and vast and dim and chilly. We saw the spot where Archbishop Thomas Becket was murdered in 1170, now marked by a large dagger-like wall sculpture. 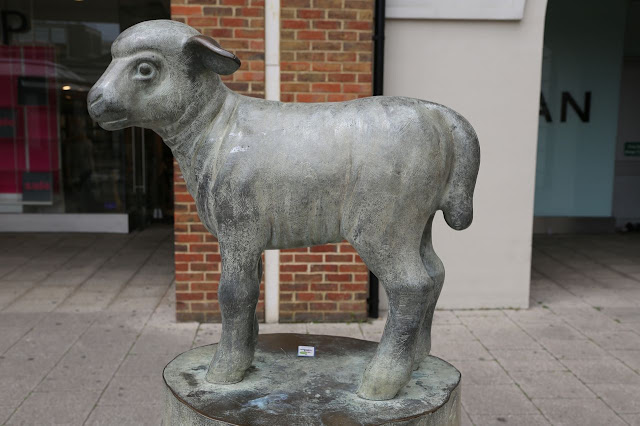 But as sculptures in Canterbury go, I prefer this one -- "Lamb," by Kenny Hunter. (You may remember  another Hunter sculpture from my blog -- "I, Goat" from the Spitalfields Market in London.)

We had a few hours to eat lunch and explore Canterbury. I bought a Queen Elizabeth II coffee mug in a thrift store (£3, a bargain!) and got a kick out of the woman behind the counter, who was wearing two large Elvis Presley pendants and playing Elvis music over the store's sound system. She said she'd been to Graceland three times. When I told her I'd never been, she said, "That's a disgrace, to be an American and never visit Graceland."

But don't I get points for making it to Canterbury Cathedral?
Posted by Steve Reed at 7:20 AM

I've often romanticized about living in a castle but I know the real truth is that they are exactly like you said: drafty and not at all cozy. This one looks cozier than most.

You certainly are seeing the sights!

Oh how lovely! I just love castles and when I went to the UK a few years ago I toured the ones in Scotland. Fabulous!

So beautiful! Drafty maybe but...still looks so romantic and goose bumpy. Wonderful shots, thank you so much!
Bishops dresses always make me wonder -what were they thinking?- they look silly and probably couldn't run their way out of a stabbing at the door...

Hey - that's MY archbishop! We pray for him on Sundays :)

How very cool that you saw the Archbiship himself. Perfect timing!