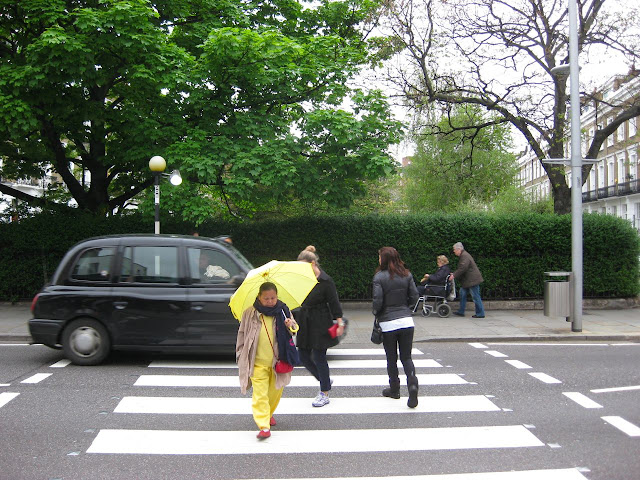 A friend recently posted an article to Facebook suggesting that humans are pushing the planet to a "tipping point" -- a point from which our ecology will slide inexorably toward dramatic change.

Most of us have already adapted to the idea that we've altered the planet's weather patterns through our increasing industrialization and use of fossil fuels. We see species continuing to disappear around us, or being relegated to a handful of individuals held in zoos and other controlled environments. Change is already occurring.

I hadn't really considered the idea of a tipping point, though -- that crucial moment when things are pushed to such a degree that they can't recover, or can only slide even more rapidly toward collapse.

The article, which is based on a study from numerous scientists appearing in the journal Nature, suggests that solutions are within our grasp. Reducing reliance on fossil fuels is one obvious solution, but I have doubts about how well that will work unless people are willing to give up a huge amount of the energy they now consume. Wind and solar can only take us so far.

Another solution is population control. For some reason, this topic seems to really set some people off -- particularly religious types, who perhaps see it in opposition to the Biblical demand to "be fruitful and multiply." But to me, that's the most obvious answer. We should be encouraging every possible method of population control.

First and foremost, that means educating women, providing them with opportunities and leaving them in absolute control of their reproductive lives. Studies have repeatedly shown that as women's personal opportunities and material wealth increase, they have fewer children. It also means making contraception readily available and campaigning against the forces -- predominantly religious -- that discourage empowerment of women and the use of birth control in complete disregard for the planet's future.

Men certainly bear responsibility in these matters, too. But it's an axiom of international development that working with women on contraception (and other family issues like health, nutrition and budgeting) is more directly effective. We have to get serious about improving the lot of women all over the world, and continuing to transform cultures (including some segments of Western society) where women are denied opportunities and/or taught that parenthood is the only true raison d'etre.

I don't have anything against kids -- and obviously we need some. Parents who want two or three kids, more power to you. More than that, and I'd suggest thinking about it.

I know some smart aleck is going to say, "Well, why don't you start by jumping off a bridge?" After all, we all want to live, myself included. I'm not suggesting we start practicing eugenics or mandatory euthanasia, or develop a society reminiscent of "Logan's Run." I once suggested, somewhat rashly, that men and women undergo sterilization after two children. That's probably too extreme -- though I'm not sure government limits on childbirth are inherently a bad idea, I much prefer giving people reasons to have fewer children, rather than passing restrictions on the number they can have. (I do think if we continue on our present course, however, such restrictions are someday inevitable.)

Curbing population growth solves all our problems. It reduces demand on our fuel supplies, it reduces pressure to push into the planet's remaining wild areas, it leaves us with fewer mouths to feed and fewer thirsty bodies. In combination with modern medicine I imagine it would drastically reduce disease, with fewer reservoirs for illness. Every species, including ours, would benefit if there were fewer of us.

(Photo: Completely unrelated, a  crosswalk on King's Road, Chelsea, in early May.)
Posted by Steve Reed at 5:40 AM

I am thinking that the earth and global change will shake loads of folks off...biological , cosmic, control maybe. It will become more uncomfortable I suppose especially in desireable places to live , like who wants to live in Rawlins Wyoming??? People are still de-evolving I am afraid, I blame religion and really bad treatment of females. Ill educated superstitious sorts...Birth control should not even be an issue any more! Gender equality, as well. Perhaps humans are a failed experiment...
LOVE the photo, yellow! Beautiful!

Posts like these make me want to throw myself off a bridge.

Mike & I are doing our part! I actually once asked my Planned Parenthood Nurse Practitioner about getting my tubes tied - I was 29 at the time & she seemed to think that I would have trouble finding a doctor who would do that since I was so young & didn't have any children. Here I am at 48 & still happy to not have children. But I think that attitude is still around - & who is this old (probably male) doctor to say what I can & can't do regarding reproduction? Grr...

When I see couples having 4, 5, 6 or more children I always think that they are totally selfish. And I also see that they seem to think having a large family is something they should be congratulated and celebrated for (probably because for the most part they are). I was discussing this with a friend the other night and she felt that if the parents could afford it then what's the problem. It is a limited scope. Plus, there are so many political and religious viewpoints that argue against birth control. They want babies being born but then they don't want to provide for them once they are here.

We may be at a tipping point. Humans will be wiped out and the Earth will survive.