Poppies in the Park 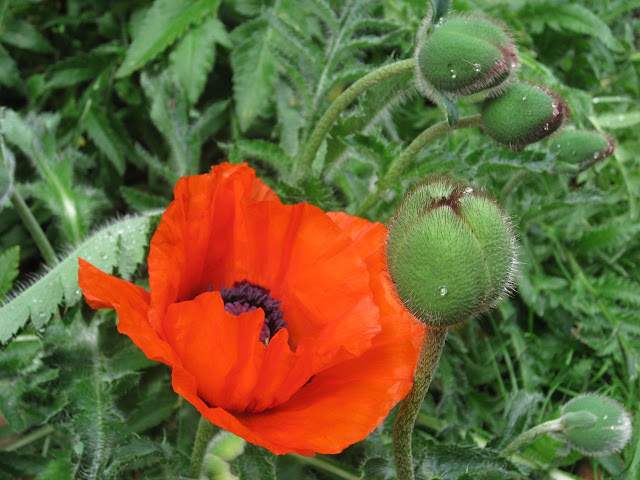 Did you catch the big Jubilee concert on TV? We considered going, but after our adventures amid the hordes by the river on Sunday we decided to stay home and watch from the comfort of the couch. I admit when it started I felt a pang of regret that we didn't just dive in and go -- but hey. You can't do everything.

It was a very fun show, with Grace Jones hula-hooping her way through an entire song (she won my personal award for best performance) and Stevie Wonder startling everyone by offering happy birthday wishes to the Queen. (Is Stevie suffering from dementia, we all wondered? Does he not realize it's her Diamond Jubilee, not her birthday? But apparently Stevie was correct -- although the Queen was born in April, her birthday is traditionally celebrated at the end of May or beginning of June.)

Anyway, we enjoyed ourselves watching everything on the BBC, and we cracked a bottle of bubbly and toasted the Queen and her family. When the fireworks went off at the end of the show, we could hear them and see the tops of glittery explosions over the rooftops from our balcony. 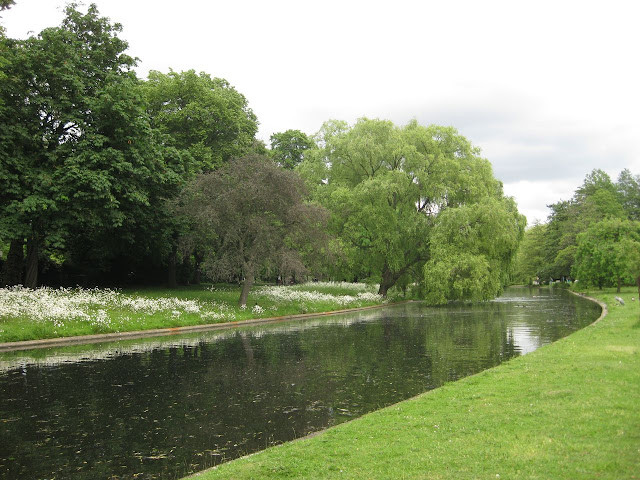 Earlier in the day, Sarah and I went to the Sherlock Holmes Museum, which she really wanted to see. It's a house on Baker Street decorated with Victorian detritus to look like Sherlock's home and office. I had the uneasy feeling that a lot of people who visit don't realize that Sherlock Holmes is fiction.

Afterwards, we took a stroll through Regent's Park, where white daisies are growing in profusion along the canal and we found some big, orange poppies near the rose garden. 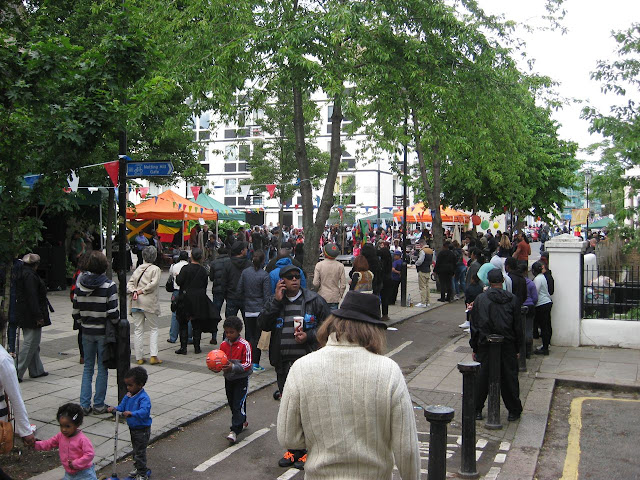 Jubilee street parties were held all over the country yesterday. Here's the party in our neighborhood, just a block or two away from our flat. It seemed to have the same Caribbean flavor as the Notting Hill Carnival and featured some pumping reggae music. We wandered past just to see what was going on, but we didn't stay.
Posted by Steve Reed at 8:24 AM

I love poppies! I think they vie with peonies as my favorites flower :)

I'm reading a series of books based on the notion that Sherlock Holmes retired to the country & met a teenage girl (Mary Russell) & ended up marrying her (LATER after she'd grown up - in book 3 or 4) - they solve crimes together. It's a lot of fun.

What a GREAT time! Something to mutter about on a park bench when you are an old man- The Queen's diamond jubilee...ahh those were the days"...
Regents park shot is fabulous! LOVE!

Beautiful poppy! We caught a little of the celebration on the news but they just showed snippets.

Poor Stevie Wonder to mix things up, although maybe he was thinking ahead if he knew her birthday (like Andrew told us) is celebrated on June 15?