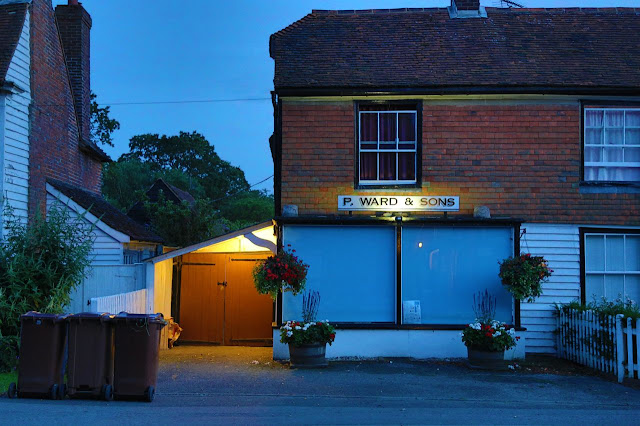 Dave's parents left for their cruise yesterday morning. We piled them into a taxi and sent them off to Waterloo Station to catch a train to Southampton, where their ship docks. They seemed to think they'd be fine making the trip themselves, and I assume they were, since they didn't show up on our doorstep again later.

After they left, I cleaned the house and kept the washing machine running with sheets and towels and some of their laundry and all of ours. I vacuumed and dusted and generally tidied up. We're working on eating the stray leftovers in the fridge, and gradually, the place is feeling like ours again. Don't get me wrong -- it was nice to see them and have them visit -- but a return to normalcy is always welcome.

This is a brief return to normalcy, because our friend Adam from New Jersey arrives in a matter of days! But he'll be relatively low-maintenance, I think.

Dave went to get his hair cut yesterday and I enjoyed the time alone, cleaning and working in silence. When he came home, I told him I wasn't ready to have the television on. So he plugged into YouTube with his headphones and I kept silent all afternoon, listening only to the wind in the trees and the hum of the washing machine. It was fabulous.

A few side notes:

-- When we got back from Kent almost two weeks ago I promised to post those photos to Flickr. I finally did it yesterday. That's one up above. If you're interested in more British wilderness and countryside shots, click here.

-- When we went to Edinburgh, our plants were left to fend for themselves on the balcony during our hottest, sunniest days yet. Our horseradish, unfortunately, got completely fried. Its leaves were crispy. It looks like it may come out again, though. And our tomato plants are inexplicably turning yellow -- Dave thinks it's because they were planted too close together. (They undoubtedly are, but I wonder if we're also not watering them too much -- or too little. Who knows?) I just hope they hang on long enough to give us some ripe tomatoes.

-- Our golden arachnopet was back yesterday morning, looking bigger than before. I tiptoed around her/his web most of the day, but inadvertently destroyed it while harvesting our drying laundry. Oops!

-- The New York Times has weighed in on the Olympics opening ceremonies, calling them "weirdly and unabashedly British."
Posted by Steve Reed at 6:19 AM

Sounds like me after the grandkids' visits. well, except for the cleaning house part. I'm not too good at that. But the tired part and the eating the stray leftovers part, yeah.

I don't think you need worry about the horseradish. If it's anything like ours you couldn't kill it even if you tried. The tiniest bit of root will produce a whole new plant.

Hosting company is always fun, but having your normal routine back is even better! You've had more than your fair share of visitors this summer, yikes.

Normal is good. Even doing daily household chores are good!

Breathe deeply before the next round! ;)

Whew what a summer for you! Glad you got to turn it off for a bit, regain your composure. Not to worry- I have been feeding the fish...