World Pride of the LGBT Variety 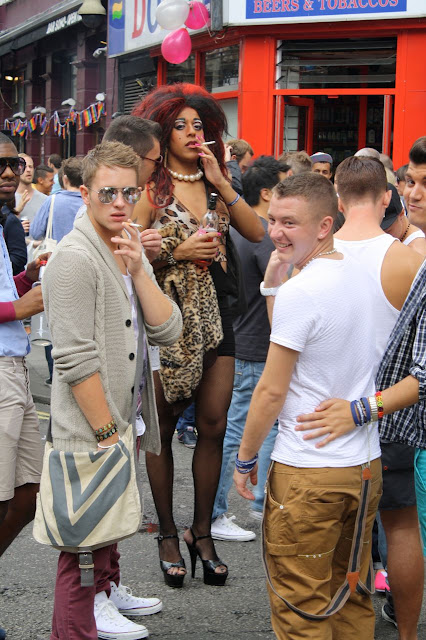 Yesterday was World Pride Day in London -- a bit later than all the gay pride festivities in the states, but certainly no less festive. There was a parade, although apparently it was truncated by funding problems, and a subsequent street party in and around Trafalgar Square and Old Compton Street, the Soho neighborhood traditionally at the center of London's gay scene. 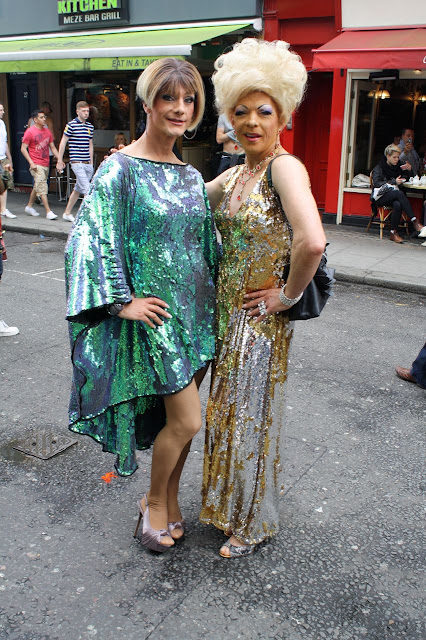 I just can't get enough photos of drag queens -- especially when they really glam out like these two beautiful ladies.

Dave and Kellee decided -- for some reason I can't fathom -- that they'd rather see the Tower of London than go to World Pride, so I went on my own. As it turned out, I got there a few hours late and missed the parade itself. I mostly just roamed around taking photos, which I've assembled into a Flickr set here. (Be warned: mild nudity!) 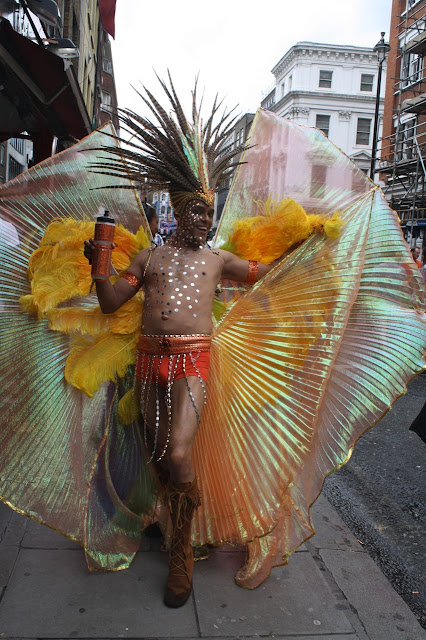 I think this guy borrowed his outfit from the Notting Hill Carnival. Which is not to say it isn't fabulous. 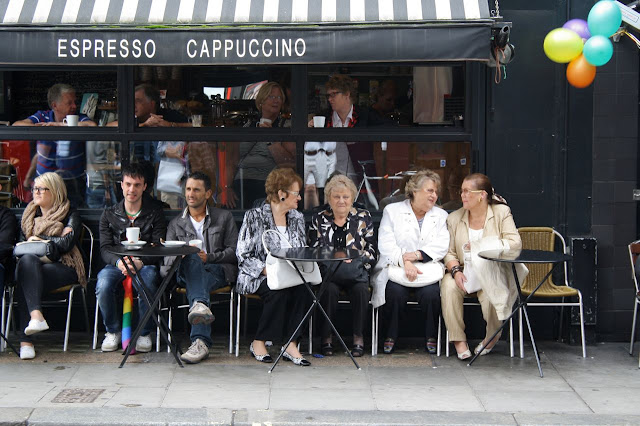 Not everyone was decked out in sequins. These older women took the conservative route -- but they were sitting out on Old Compton Street, enjoying the wild sights like everyone else. 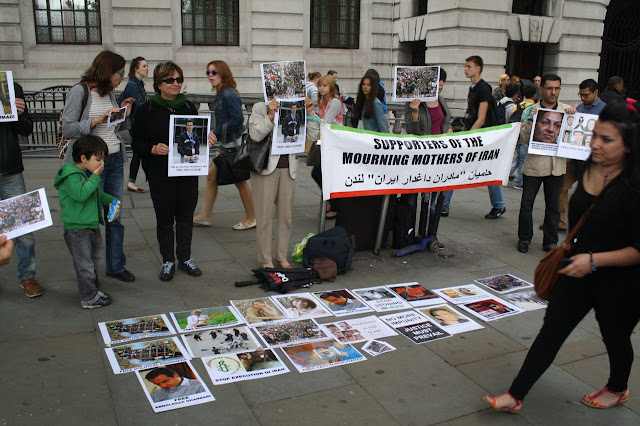 And not everyone was partying. Some people were there with a serious message, reminding us that elsewhere in the world, deviating from the dominant social or political identity can result in persecution and death.

I saw representatives of many countries, including Suriname, Nigeria and Cyprus, in addition to the Iranians above. I'm sure there were many, many more I didn't happen to see. 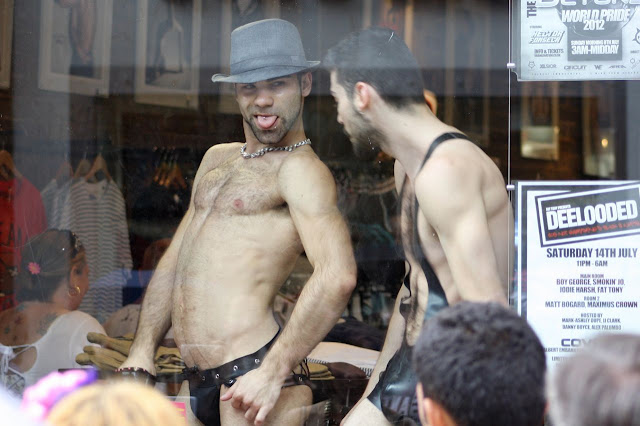 These two dancers were gyrating in the window of a store, selling something. (I have no idea what.) Needless to say, they were attracting a lot of attention... 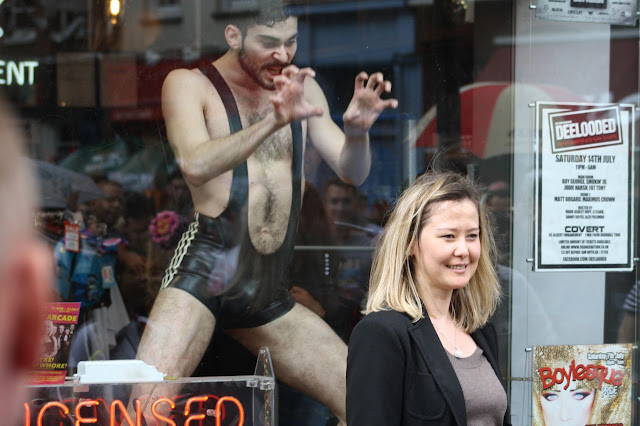 ...and no shortage of people wanted to pose with them!

I always have fun at gay pride events, even though I only stay a few hours and never do all the dances and after-parties and all that. Even when I was young, I wasn't much of a partier. All the dressing up and craziness bears very little relationship to my day-to-day life as a gay man -- but it reminds us of the difficulties we face around the world, and gives us visibility and a sense of community. I must say, it was heartening to see Trafalgar Square filled with thousands of us!
Posted by Steve Reed at 7:16 AM

I've not ever been to a pride event. Funny you would think in Mia but no I've heard more about them in the Midwest than in he big city. Anyway it looks like a blast even if you didn't partake in the dress up and festivities. :P

Wow, I'll have to check out your Flickr photos...Those queens rock, as kids today would put it, and so do you!

That first photo is amazing --