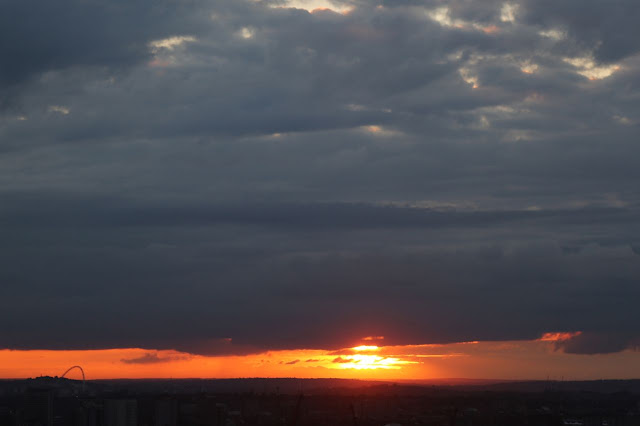 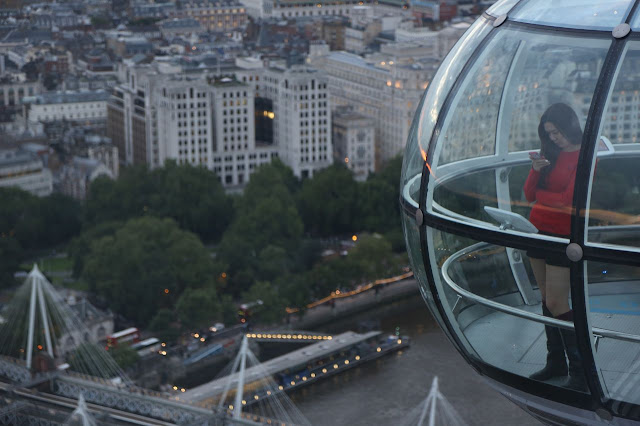 I love you too!

Happy anniversary! And many more!

Did you see the cover of this week's New Yorker? Family of four, beautiful beach scene. They are all on their iphones. Ha!!

What a moody sunset!

I agree completely about tea. I don't get it. All those little sandwiches that are mostly bread and all those sweet treats. Not for me!

Put the phones down folks and enjoy something else besides the screen of your phone! Sheesh.

Happy, Happy Anniversary to you both!

Please tell me that clotted cream tastes better than the name makes it sound.

Reya: I don't have my New Yorker yet, but that sounds SO appropriate.

Lynne: Yeah, tea is a little on the fussy side for me.

Sweet Anniversary to you both! Loving your shot of the woman in the bubble! We have a lot of british influence up here so clotted cream and tea with tiny crustless sandwiches is common- and I must say not very satisfying if one- is- a -bit -more- than -peckish!
You are pro sight see-ers- your shots are fabulous, I hope that they become books!

Happy anniversary! I love coming here. I feel as if I am in London!

Happy anniversary you lovebirds you :)