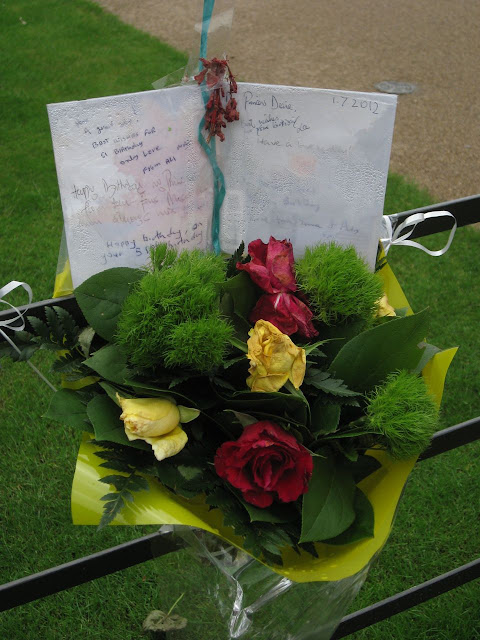 Kellee and I took a long walk through Hyde Park and Kensington Gardens yesterday afternoon. As we passed Kensington Palace, where Princess Diana lived before her death, I saw notes and flowers adorning the gate. "What could those be for?" I thought.

Turns out, July 1 would have been Diana's 51st birthday. 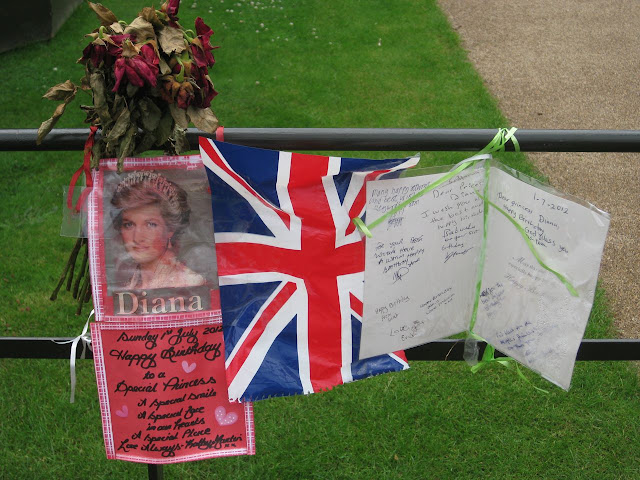 This is the same gate where bouquets were famously piled high after Diana's death almost 15 (!) years ago. Some of the cards made reference to her tragic end. "Happy birthday -- I miss you a lot," one person wrote.

But others were written, a bit strangely, as if she hadn't died at all. "Many happy returns and best wishes," said another person. "Have a lovely day!" wrote a third. 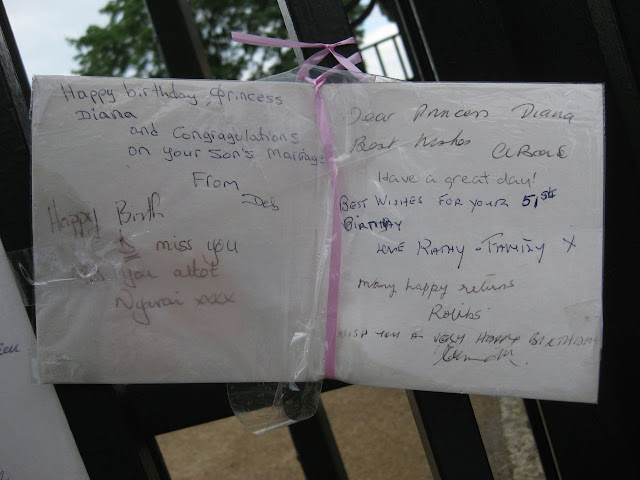 Maybe they meant to show that Diana is alive in our minds and memories, even if not physically.

I liked Diana OK, but I never worshipped at her altar like some people. The day she died, I was at a journalism convention in Chicago, where as you could imagine, heads were spinning at the news. I raced off with another guy to get fresh editions of the Sun-Times from the newspaper's loading dock, which was near our hotel. Ultimately many people left the convention early to get back to their jobs and their own Diana coverage.

It staggers the imagination to think she'd be 51 now!
Posted by Steve Reed at 7:04 AM