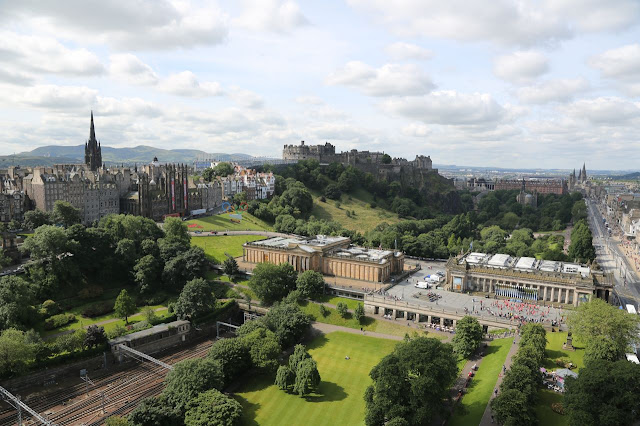 We made it home from Edinburgh yesterday, after wandering a bit more in the morning and then catching our afternoon train. I think we've just about worn Dave's parents out. They're sleeping as I write this.

I thought you might like to see a view of the city. That shows Edinburgh Castle in the center, several churches, and the Royal Scottish Academy art museum in the lower right (with a dance performance out front). This was taken from the top of the Sir Walter Scott Monument, a 200-foot-tall gothic structure in the Princes Street Gardens that looks like a disembodied church spire. We climbed it yesterday -- 287 steps up an extremely narrow spiral staircase. It was so narrow that at the very top, my shoulders were bumping both walls -- a surprisingly alarming sensation.

Dave and his dad made the climb too, but his mom chose to check out a nearby department store.

I mentioned yesterday that I had a great photo walk that morning. Here are some of my favorite Edinburgh shots: 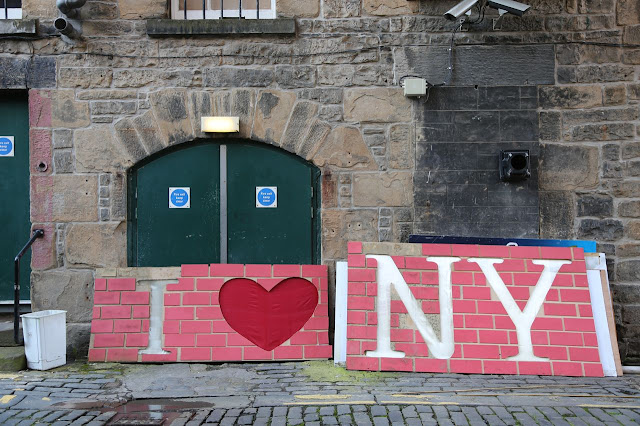 I found this in an alley off Thistle Street. How appropriate! 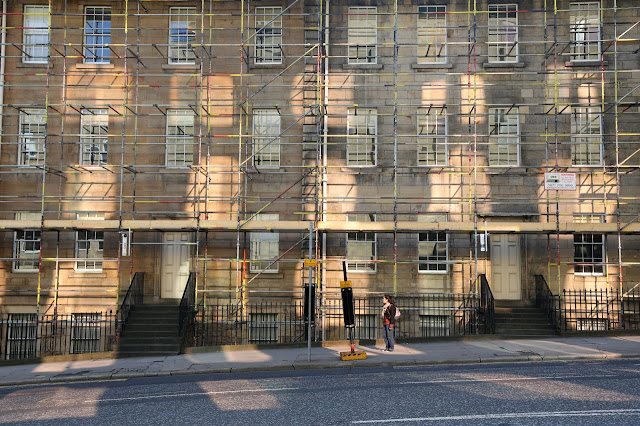 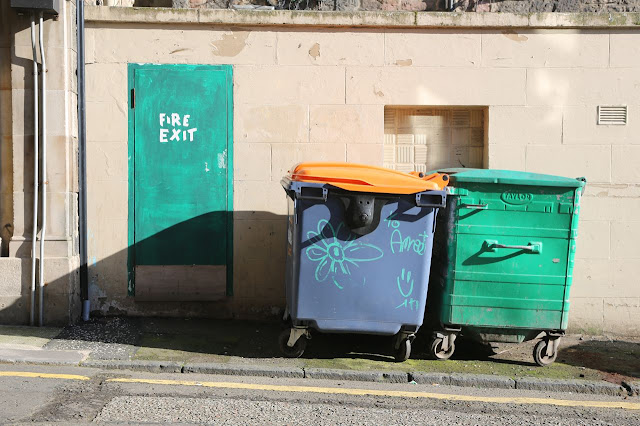 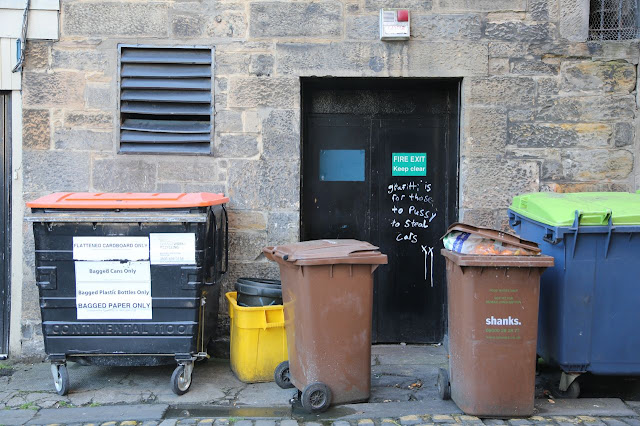 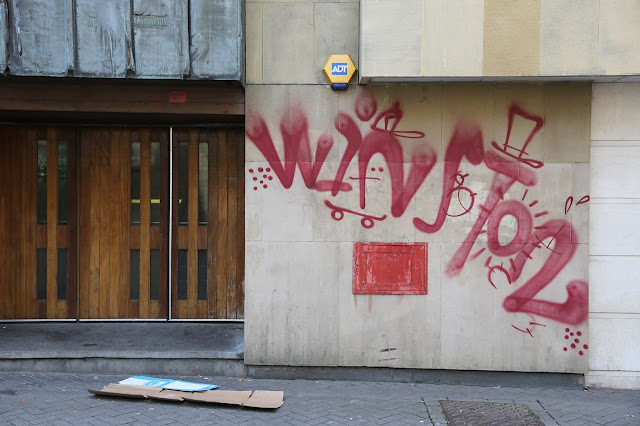 The graffiti on that black door says, "Graffiti is for those to pussy to steal cars." And I love Winston's exuberant hats, skateboard and yes, genitalia.

I've said it before and I'll say it again: I am fascinated by the things people choose to write on walls.

On the way home, I saw some great graffiti beside the train tracks outside Doncaster: "Albert the kid is ghosting," written in heavy black letters. Sadly, it flew by too fast for a photo. I'm sure it's describing the side-effects of too much pot, but still...it's urban poetry.
Posted by Steve Reed at 6:50 AM

I love the pussy graffiti - that is too funny.