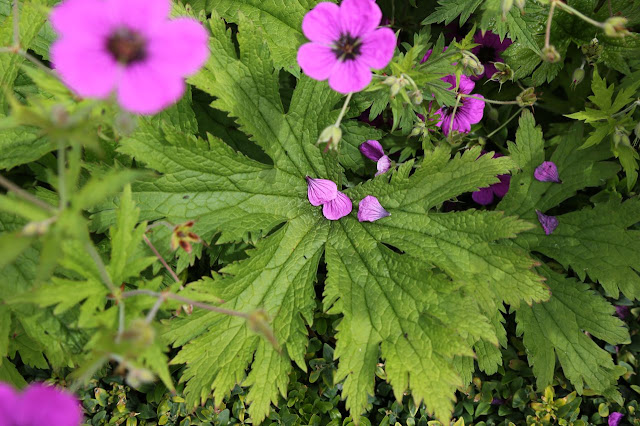 I'm off to Kent today, joining Dave at the music camp where he's conducting. I don't think I'll be blogging, so expect me to be absent for a few days. Dave informs me that the Internet connection there is "wonky."

I will bring my camera, though, and I'm hoping to do some exploring in the woods and towns in the area. Report to follow!

I went to see "Magic Mike," that Steven Soderbergh movie about male strippers, the other day. I wanted to see it because it was filmed in Tampa, my hometown. (I realize that's a little like buying Playgirl for the articles, but I don't find the guys in "Magic Mike" all that attractive -- too much skank factor, you know?) I expected a mediocre flick, but it was surprisingly good. Matthew McConaughey is excellent as the oily proprietor of the strip club. As for the scenery, it was mostly generic Florida -- I recognized only Ybor City, downtown Tampa's entertainment district, and the distant Sunshine Skyway bridge in a few waterfront shots.

I've had more success placing some of my photos on local London blogs. Londonist used two of my pictures from World Pride, and Little London Observationist used several of my storefronts. Exciting!

(Photo: From my last visit to Kent, the garden at Leeds Castle.)
Posted by Steve Reed at 6:19 AM

Hi Steve, just caught up with you : ) so many fantastic photos and stories. I love what you did with the glassware. xoxo and enjoy your weekend.

Have a great time Steve and take lots and lots of photos to share!

Have fun! Can't wait to see the pics when you get back.

And congrats on getting some more photos published!

ROFL, I am so glad it was better than expected. I want to watch it, not for the males, but because it is Channing Tatum's semi autobiographical story. I have known for years he was a male stripper before he was an actor and thought it would be fun to watch.

Have fun on your trip.