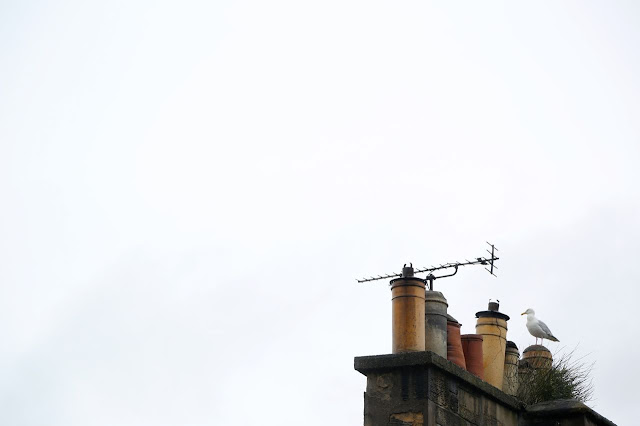 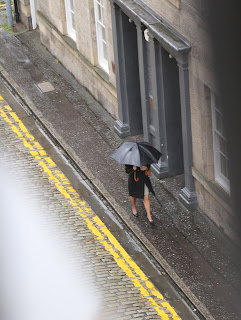 If you see a Ross clan plaid, snap a pic for me!

Is that a nest among the chimneys?

Too bad you are once again having rotten weather! I like the bottom pic--great composition.

And I LOVE this: "Dark castles stood silhouetted against the gray sky, beside towns built above the rocks and crags of the North Sea." It sounds like the beginning of a gothic novel and I immediately got a picture image in my mind of a brooding landscape.

RATS! I looked for Ab Fab on BBC America but Edina and Pats did not visit...hope it was worthy!