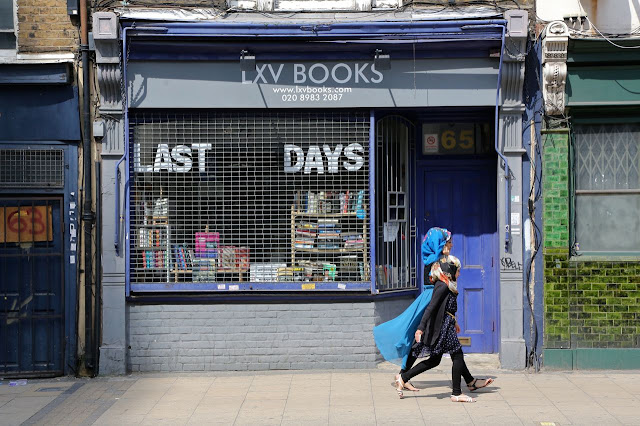 Dave and I went with a friend to see the new "Star Trek" movie on Saturday. Dave had been eager to see it, but ultimately, I thought it was mediocre. Lots of action, and completely forgettable. Some parts were so close to parody that I couldn't tell whether we were supposed to take them seriously or not, and I heard uncertain laughter from others in the theater. And reimagining Khan from Ricardo Montalban to Benedict Cumberbatch? Overall, I predict outrage in the Trekkie world. (Apparently the movie opens later this week in the U.S.)

Afterwards the three of us came home, cracked a bottle of wine and watched a couple of episodes of the original series on DVD, just to recalibrate our Star Trek experience. No matter how many different incarnations this franchise goes through, none top the original series. I know those are fighting words for the Next Generation folks, but that's just the way it is.

Movie-wise, I much preferred the film we rented from iTunes last night: "North Sea Texas," a Belgian gay coming-of-age story. That might sound like cinematic agony to some, but it's an excellent movie.

Olga had quite a day in the park yesterday. We were out for a couple of hours, and she romped with other dogs and chased her Kong. She slept all afternoon. She's sleeping now, in fact. I think she's still recovering.

Otherwise, we had a routine weekend -- I compiled my weekly report for work and did all my usual household tasks. I also cleaned up the courtyard and parking lot, where someone allowed a trash bag to explode and the contents to be widely redistributed by the wind. We have trash bins that are located behind metal doors, and you'd be surprised (or maybe not) by how many people just can't bring themselves to open those doors and instead dump their trash on the sidewalk in front. Where foxes and other critters inevitably tear the bags open. *sigh*

(Photo: Near Mile End in East London, last week.)
Posted by Steve Reed at 7:17 AM