Paris For The Day 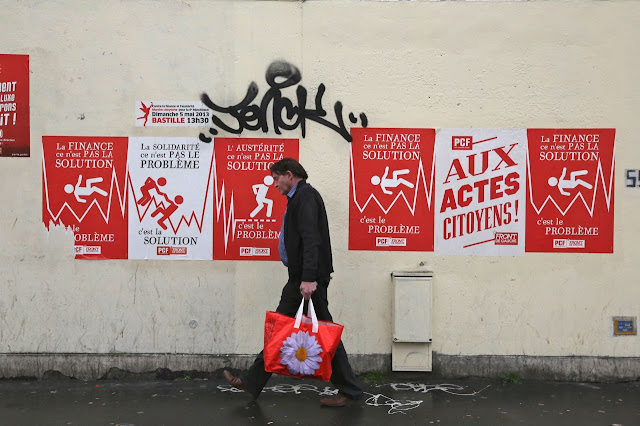 I was back in Paris yesterday! My friends Katherine and Peter from New York were passing through and I decided to zip over on the Eurostar to spend the day with them. They're fellow street art enthusiasts who I met years ago through Flickr, and when I lived in New York we would meet up for photo walks every now and then. So this was a continuation of our old habits. 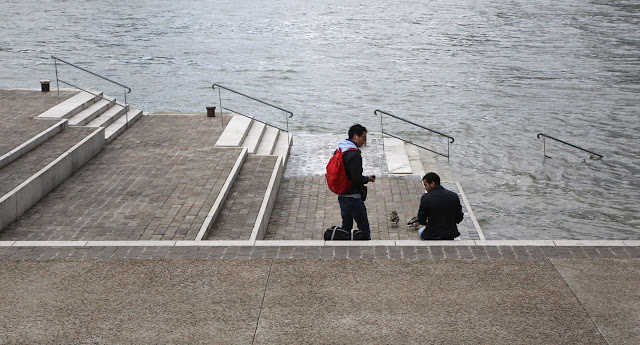 It was a wet spring day, with intermittent rain. In fact, we got a serious drenching in the late afternoon. But that's OK -- we just waited it out beneath an awning in front of a shop, and we had plenty of time for walking and photographing city life. 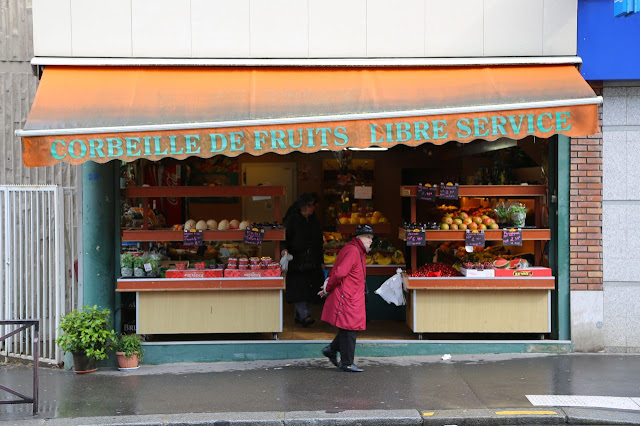 At one point, we popped into Le Cristal, a little neighborhood bar in the 13me arrondissement, and had coffees and/or drinks. (Peter had a coffee and a Ricard, which struck me as an unusual combination, but what do I know.) It was a shabby little place and I loved it. I wish I'd taken a photo. 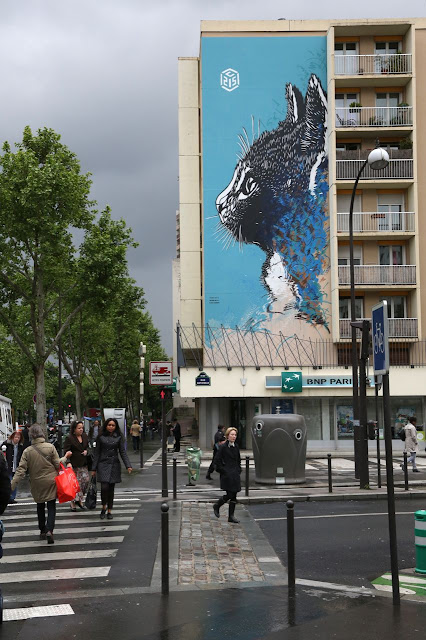 Our real purpose for walking in that area was to find a series of new murals produced by street artists, such as the huge cat above, by the artist C215. 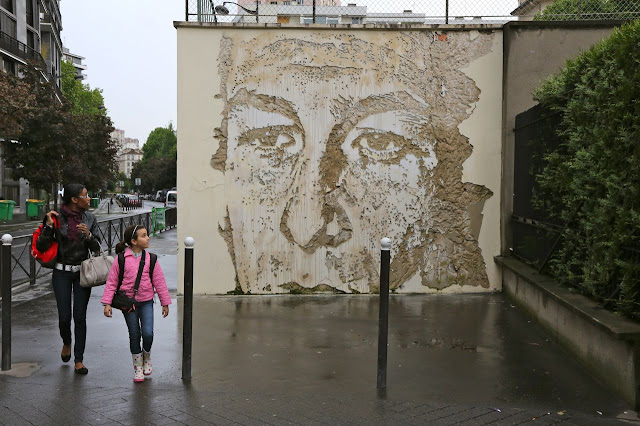 And there was this one by Portuguese artist Vhils, who I'm told uses a hammer and chisel to render his artwork. (These are legal walls, so I guess the owner was OK with it!) 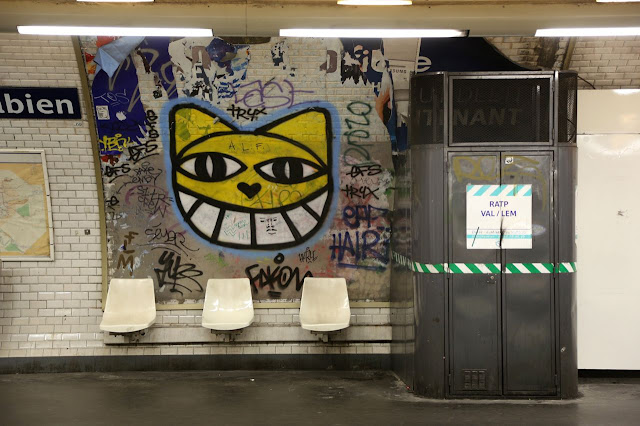 And I found another grinning cat in the metro by Monsieur Le Chat. I photographed a few of his pieces on my previous visit last month.

It's great to have Paris just two hours away by train. I'm not sure I'll be going all that much, because it isn't exactly cheap, but hey -- you only live once, you know?
Posted by Steve Reed at 7:19 AM