Adventures on a Malfunctioning Train 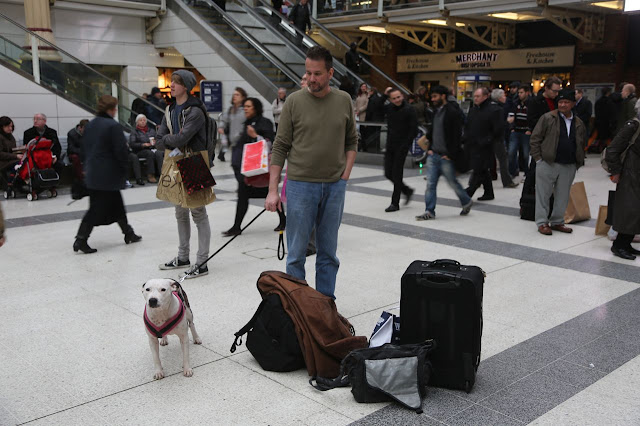 Olga's second train journey wasn't quite as successful as her first -- through no fault of her own.

Things started out well enough. We got launched from Liverpool Station at 1:30 p.m. yesterday, with enough baggage for our four-day Christmas sojourn in Norfolk and for me for a week in Florida beyond that -- plus, of course, camera and cooking and dog supplies. Olga, as always, attracted lots of friendly attention in the station and on the train. 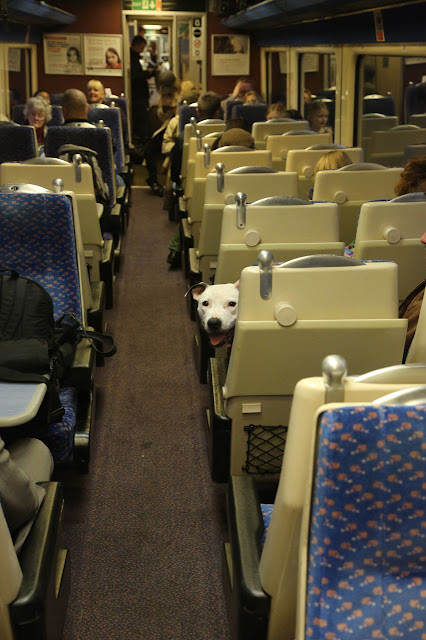 We cruised along for more than an hour. Olga was a bit unsettled by all the people and the unfamiliarity, but at least she was eventually able to have her own seat.

Then, on a lonely stretch of track about five miles outside the town of Diss -- our destination -- the train coasted to a stop. The conductor came on and said the train had "lost power," and they were looking into the problem. 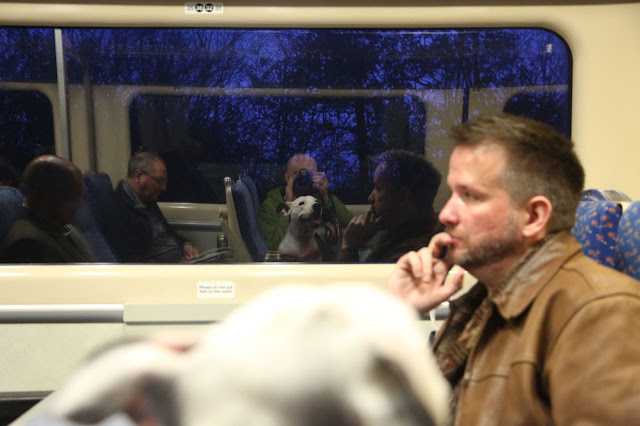 We sat on that immobilized train for another 2 1/2 hours -- far longer than our entire journey was expected to take. Olga became increasingly uncomfortable -- panting and squirming around. At first I thought she was just nervous, but it gradually became obvious that in fact she needed a doggy loo, and we couldn't get off the train. We sat and tried to keep her calm. We had a beer, and then another beer. Thank goodness for cafe cars.

Finally, the railroad people brought a second train, which -- after lengthy delays -- they were able to connect to our train to push us to Diss. When we got to the station, Dave took Olga and made a beeline for the door while I gathered baggage, and Olga exploded on the grass down the steps from the platform. Good dog!

Here in Norfolk, she's settled in well. She loves the large enclosed yard at our guesthouse, and we're planning to take her for a walk in the woods later today. Squirrel!
Posted by Steve Reed at 8:15 AM