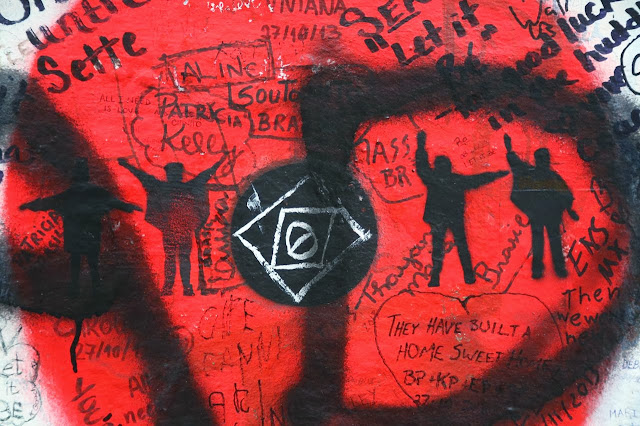 As I've mentioned before, the school where I work is right around the corner from the Abbey Road recording studios and the famous crosswalk where the Beatles shot the photo for the cover of their Abbey Road album. This crosswalk, which I use almost every time I walk to work, is a place of pilgrimage for Beatles fans, and they leave graffiti all over the garden walls along the street.

Most of the graffiti is concentrated in front of the studios themselves, though sometimes it bleeds onto neighboring properties. I suppose I would not be amused if I live there. Or maybe I'd just get used to it. 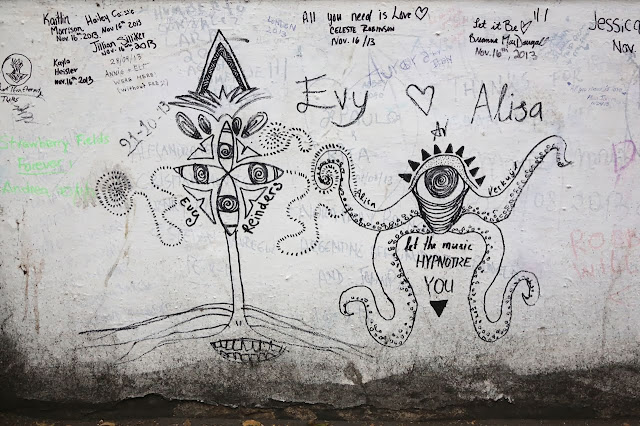 People generally just scrawl their names, but sometimes things get a little more creative. This person seems to be having some kind of psychotic episode, or maybe just a trippy hallucination. 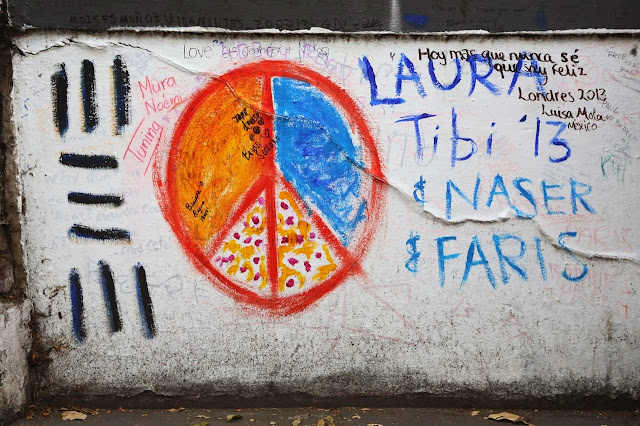 I've heard that Paul McCartney still lives in the area and apparently he's sometimes seen out and about, and is quite friendly. 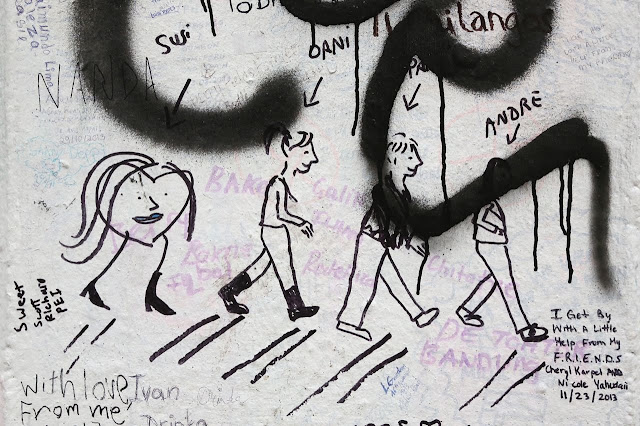 Of course it's a ritual for many tourists to pose in the middle of the crosswalk, which is what's known as a zebra crosswalk and requires cars to stop. I'm sure the posing can get annoying for drivers. If I were driving, I think I'd circle the block to avoid this particular spot. 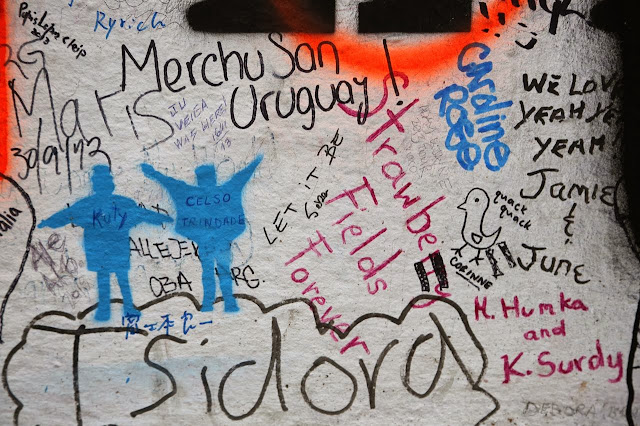 What's with the duck? Do the Beatles sing anything about a duck named Corinne? 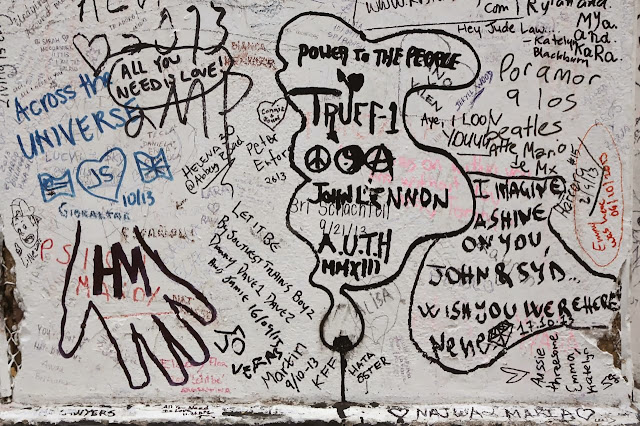 Every once in a while Abbey Road Studios repaints their wall and all this graffiti goes away. The stuff I've photographed here is just a few months' worth. Sometimes the vandals hit the surrounding street signs, too, and then the borough council comes along and cleans them up.

I love the international flavor of it all, and the sheer enthusiasm. How many musical acts could still inspire such global devotion 43 years after breaking up?
Posted by Steve Reed at 6:40 AM