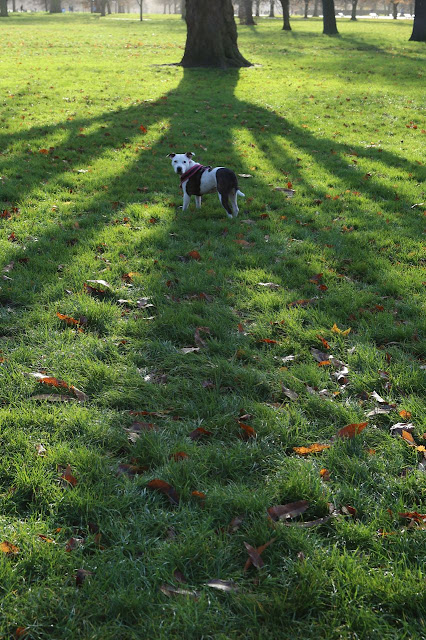 I took Olga for a long romp in the park late yesterday morning. As usual, she started out chasing her Kong and she wound up chasing squirrels in huge, swooping loops across the grass. Several times I lost sight of her entirely, her chases took her so far afield, behind trees and around shrubs. She gets a little crazy when she goes into "hunting mode." 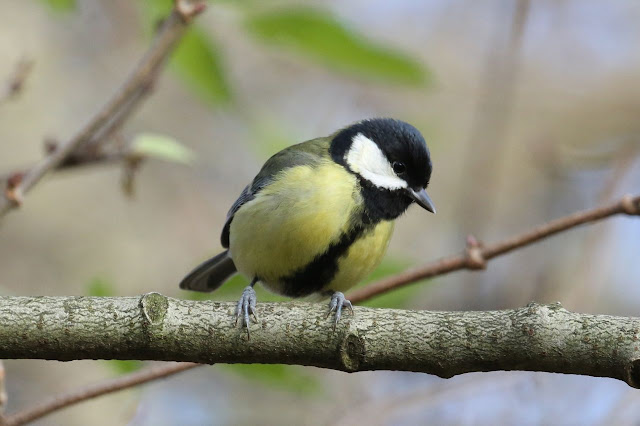 While she was doing that, I stayed busy with my camera, photographing local birds like this great tit in a wooded area with a few bird feeders. I saw several large mice/small rats running around through the leaves.

Then I noticed a cluster of birdwatchers standing near a dead tree. I went over to see what they'd found, and they pointed out a little owl, high in the branches. 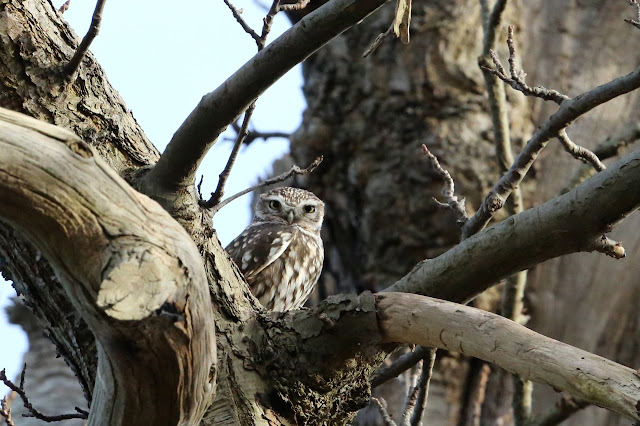 One of the guys asked me if I'd seen the nearby tawny owls. "No," I told him. "Where are they?"

He led me on a five-minute walk to another tree. Olga tagged along behind us, her Kong in her mouth. 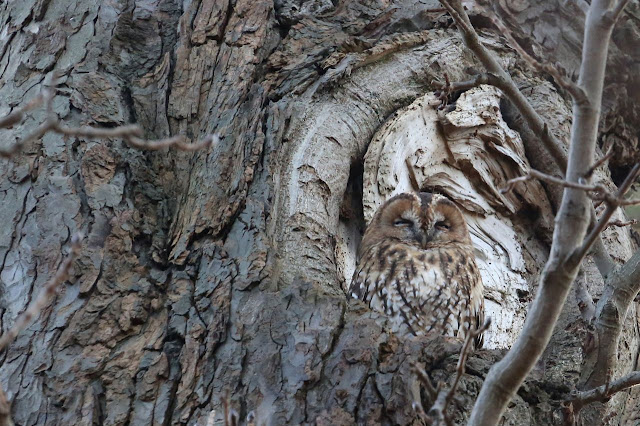 He looked up and found the owl right away, "sitting on the balcony," as he put it. He had to point her out to me. Doesn't she blend in well?

I can see how the owls would like that part of the park, considering the presence of the aforementioned rats and mice -- not to mention all those plump squirrels! (Olga never did catch one, but she's getting better, and I fear that day might come.)
Posted by Steve Reed at 8:21 AM