The Best Public Telephones Ever 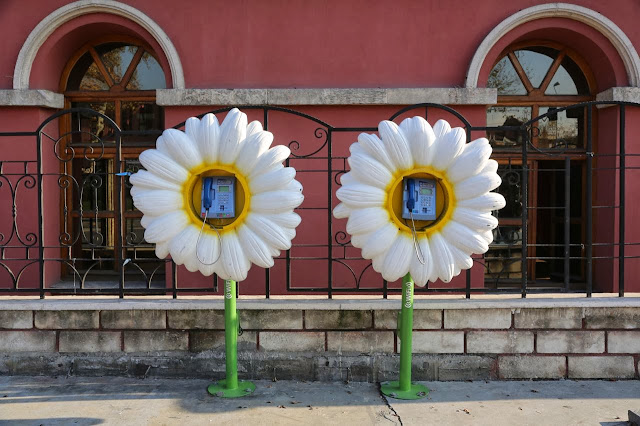 I walked six miles to take this photo. I'm not even kidding you. I saw these sidewalk telephones from the bus on our tour Friday and I knew I had to get a picture somehow -- so I got up early yesterday and walked across town to find them. I'm sure it seems silly when I'm surrounded by so much history and architectural splendor to fixate on two big plastic daisies, but anyone who knows me will not be surprised.

Then I braved a public bus to get back! I only had a vague idea what I was doing, but I found a bus headed in the right direction and risked it. The driver didn't even make me pay, probably because I didn't have the proper tokens or tickets or whatever. 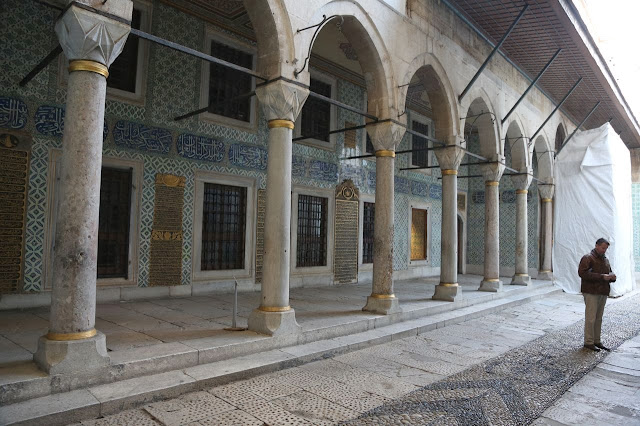 I got back to Dave in late morning, and we set out for Topkapi Palace, the home of the sultans who ruled the Ottoman Empire. First we stopped in an outdoor cafe near the Blue Mosque for some more thick Turkish coffee -- which I love -- and listened as the exotic, mournful call to prayer rang out from the minarets.

Topkapi is a large complex of buildings and courtyards, with lots of Arabic calligraphy and blue floral tiles similar to those in the Blue Mosque. That's Dave above in the Harem section, where the sultans lived with their many concubines. 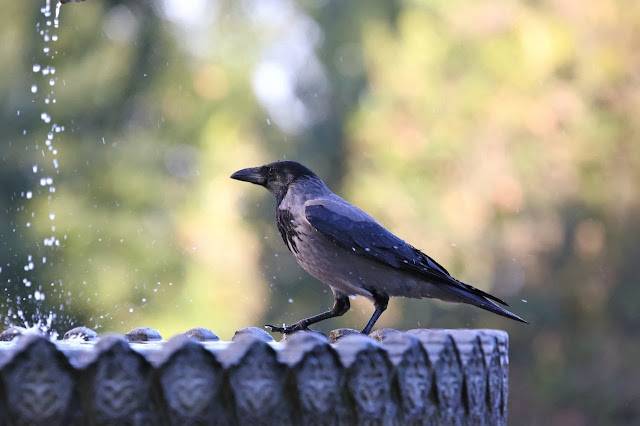 We watched hooded crows bathing in a fountain, and had lunch at the palace restaurant, on a terrace overlooking the Bosphorus. 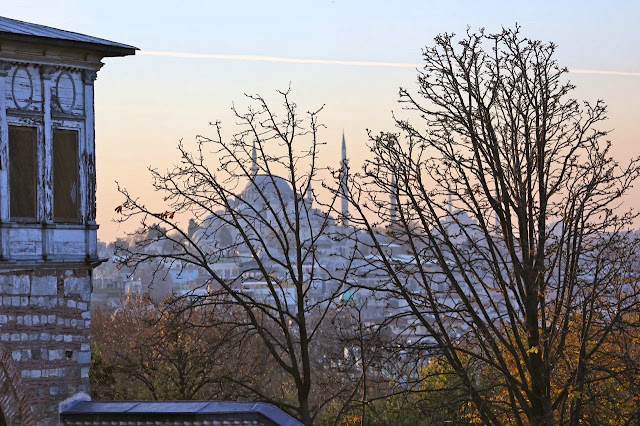 It was a beautiful clear day, and as the sun began to set in the afternoon we had amazing views of the city. Not suprisingly, Topkapi is positioned on the best real estate in Istanbul! 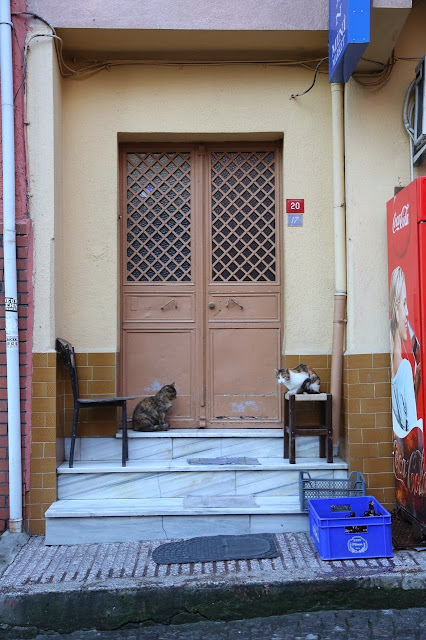 Finally, last night we went to a restaurant called Asitane, which serves traditional Ottoman Turkish food. The menu indicates that some of the dishes date back to the 1500s, though how accurate the modern interpretations are, I'm not sure. In any case, it was delicious -- I had chestnut soup, quince stuffed with ground beef and lamb, and a rosewater rice pudding for dessert. Getting there involved two cab rides, which stressed me out a bit given our adventure on Friday night, but everything went well -- we had reputable cabbies this time!
Posted by Steve Reed at 3:48 AM

Here's the thing with those public telephones- they look so out of place. The petunia in the onion patch. Which makes them wonderful.

What a fantastic adventure!

I really think I need a daisy telephone box - it could go in the back yard by the fence. Fun!