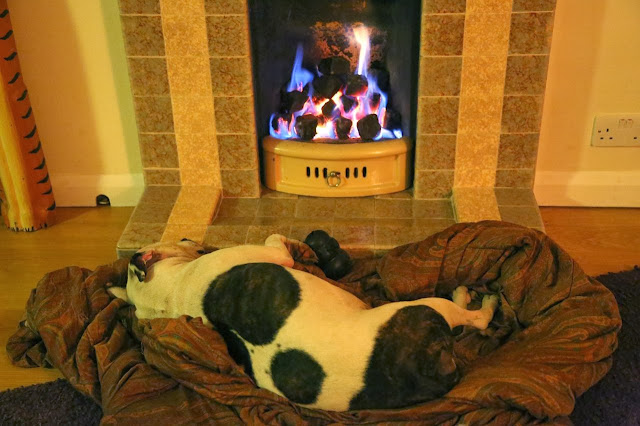 Yesterday Dave and I got up with the morning call to prayer, just before dawn, and by 11 a.m. we were back in London. Everything went smoothly, although we had to run to our plane because we spent a little too much time browsing around the Istanbul airport trying to get rid of our last Turkish lire. We bought one of those blue glass talismans to keep away the evil eye. Maybe it helped us catch our flight on time.

We spent the day on laundry, getting some rudimentary groceries and dog food, and collecting a very excited Olga from the kennel at 5 p.m. Apparently there had been another incident in which she destroyed a child's ball. I did not ask for the specifics. 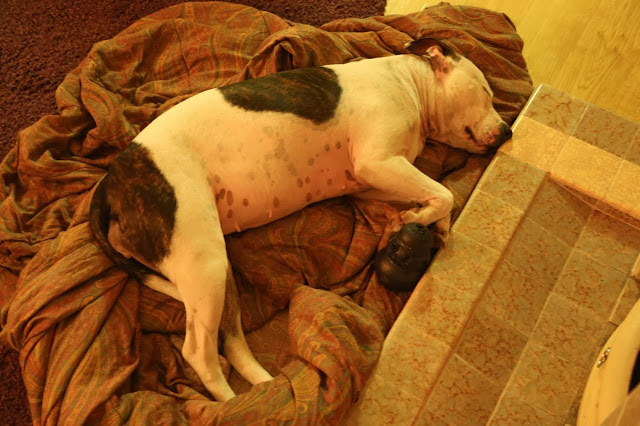 When we got home from the kennel, Olga ate a special can of food and then immediately crashed in front of the fireplace, sleeping so soundly that I could stand over her with the camera and not wake her. She radiated happiness.

I felt the same way, falling in to bed last night. We ordered pizza and tried to watch "From Russia With Love," parts of which were filmed in a much-less-crowded Istanbul, including a famous scene in that cistern we visited. But I got so sleepy before the end of the movie that I gave up and went to bed, and slept soundly for nine hours.