Yuletide Festivities on the Home Front 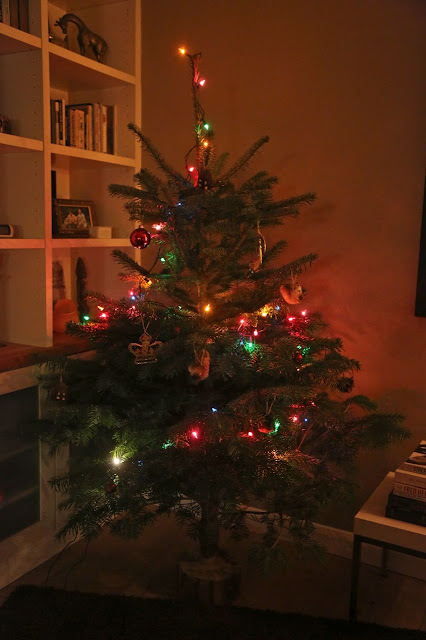 Behold what I have created. (Well, not the tree itself. As Joyce Kilmer famously wrote, "Only God can make a tree.")

If you know me, you know decorating for holidays isn't really my thing.  Every year I debate whether to even bother, and usually I don't. A couple of years ago I did manage to erect a tree after a failed experiment at fireplace decoration, but that was not typical.

Last night, walking home from work, I decided to take the plunge. I picked up a tree on Portobello Road for £25, and I pulled out our one strand of lights and our handful of ornaments, and BAM! We're good to go! 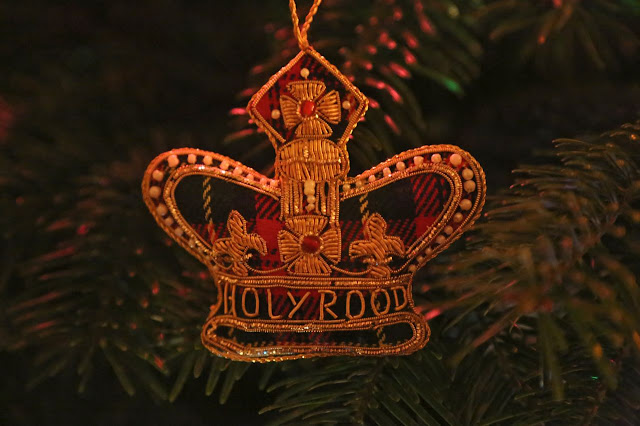 Our ornament selection is really minimal. Here's one from our trip to Holyrood Palace in Edinburgh in July 2012, and we have a few random red balls that I found several years ago -- I kid you not -- in the trash. (Why would someone throw away perfectly good ornaments?) 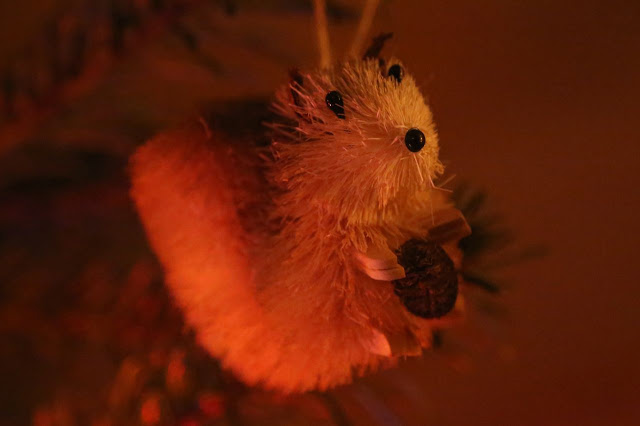 We have six little critters like this squirrel made of straw or sisal or some kind of bristly substance. I bought them at Target in New Jersey in 2009. They've already lasted longer than I ever expected. 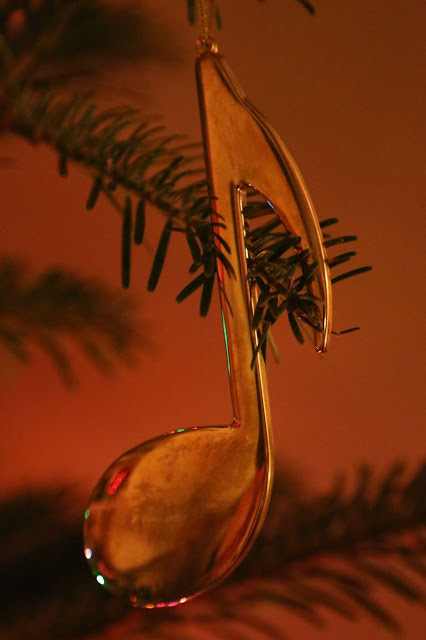 And we have this brass music note, a gift from Dave's oldest sister. And that's pretty much it.

When I lived in New York by myself, I never put up a tree. But I must say, it's kind of nice to have one. I love the soft glow of the colored lights. My grandmother used to say that it never felt like Christmas until the tree went up.

Dave wants to get some tinsel, too -- because, as you may remember, when we adopted Olga last January, her name at the shelter was Tinsel. I hope we don't -- I'd just as soon not have to pull it out of the vacuum cleaner. But if we do, something tells me Olga will develop very sparkly poop.
Posted by Steve Reed at 6:22 AM