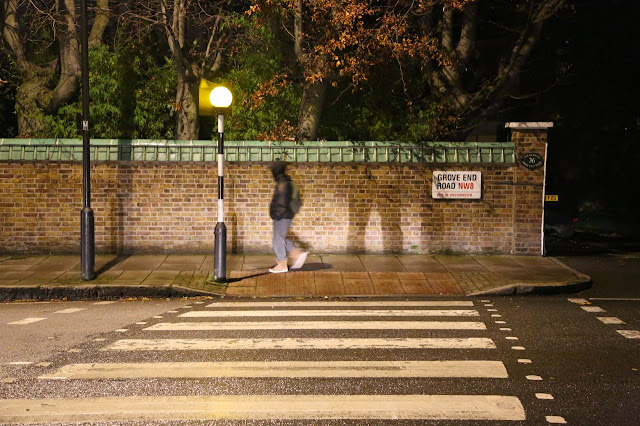 Well, the deed is done. I bought a ticket to go to Florida on Dec. 27, and I'll stay a bit more than a week. I feel really good that I've taken that step, even though the ticket price is killing me. I'd been on the fence about going home anyway, so I'm glad I finally made what I think is the right decision.

We still don't know exactly what's going on with Dad, but it continues to seem that the initial scare may not be as bad as I feared. That doesn't mean he's in good health -- he's had ongoing health issues for years. But perhaps we are not in crisis mode.

I walked to and from work yesterday, which gave me the opportunity for some night photography. It's dark practically all the time now -- from about 4:00 p.m. until about 7:30 a.m. So given my work schedule, if I'm going to take any photos, they'll probably be night shots! Dave had a work dinner to attend, so I sat at home with Olga in the evening and listened to music and had red wine, green pea and mint soup and peanut butter sandwiches, which is my idea of heaven all the way around. 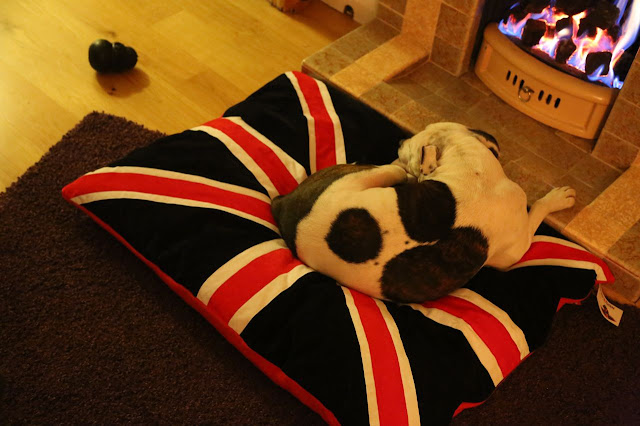 Christmas came early for Olga! She got a groovy new Union Jack dog bed, which she quickly colonized and made her own. You may remember from my photos earlier this week that she had been sleeping on a rather ratty old bedspread. (When she wasn't in our bed, that is.) I've wanted to toss that bedspread for months, but I kept hesitating because she loved it so much. Well, now it's gone, and good riddance.

(Top: Headlights at a crosswalk, St. John's Wood, last night.)
Posted by Steve Reed at 6:43 AM