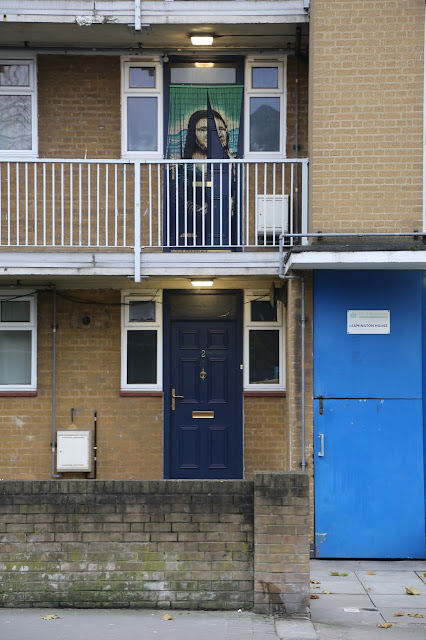 I just read the most fascinating book -- "The Emperor's Last Island," by Julia Blackburn. It's about Napoleon's exile to St. Helena, a tiny volcanic speck in the vast South Atlantic Ocean. The British sent him there after the Battle of Waterloo, and Blackburn traveled to the island, said to be one of the most isolated spots on the planet. She described Napoleon's former home there, which apparently belongs to the French government and is maintained as a sort of museum, as well as the location of the tomb where he was buried after his death in 1821. (His body was later moved to Paris.)

I've always wanted to go to St. Helena, as well as its sister islands, Ascension and Tristan da Cunha. They are not particularly close to each other, but they have common volcanic origins and I learned about them as a kid through stamp collecting. (They all issue stamps, mainly for export to collectors. Only a few hundred people live on the latter two islands, and finding a postally used stamp from any of them can be a challenge.)

I looked around online and found that flights are now available from the UK to Ascension, a somewhat barren rock used mainly for military and communications purposes. They apparently have a hotel and are trying to develop some tourism. St. Helena fosters tourism as well, but it doesn't yet have an airport -- so getting there involves travel on a Royal Mail ship! Getting to Tristan involves ships too and seems most difficult of all.

As we have discussed, I am always attracted by remote places, so I'm toying with the idea of someday visiting Ascension and/or St. Helena. I would love a place with few people, lots of hiking and interesting flora/fauna/landscape features! Maybe for my 50th birthday? 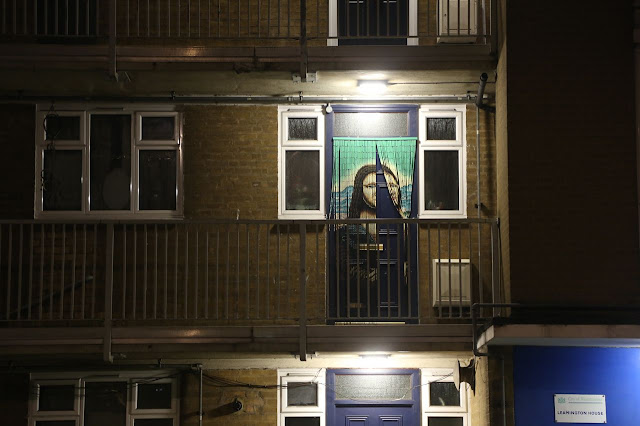 I met up last night with my Peace Corps friend Caroline, who is in London on business and who I haven't seen in years. We went to dinner and had a pint at a pub afterwards, laughing about our experiences in Morocco and catching each other up on news about our lives and those of our friends and acquaintances from that time. Seeing her was like leaping back in time!

(Photos: Mona Lisa, I believe, guarding a doorway near the Westbourne Park tube station.)
Posted by Steve Reed at 7:13 AM