A Deer and a (Different) Dog 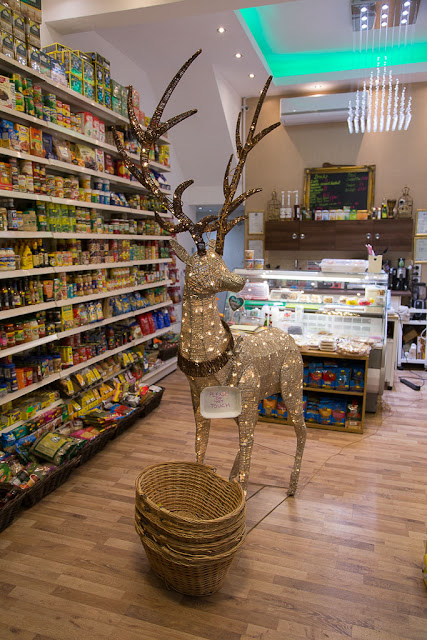 Yesterday was busy! In the morning I took a long, damp walk with Olga, even though it was gray and misty and kind of bleah. She got excited by the squirrels at the cemetery and so attained her required rush of adrenaline for the day. Then I cut down some of the winterkill in the garden and raked the leaves.

After lunch, I headed over to our old stomping grounds in Notting Hill. Our friend and former neighbor Chris has a collection of DVDs featuring National Geographic photographers talking about their most challenging pictures. He's an amateur photographer, and he knows I'm an amateur photographer, and he's been trying to show me this DVD set for what seems like years now. He gave it to me at one point, but we don't have a European-region DVD player so we couldn't play it. So I gave it back to him and we agreed to get together and watch it one of these days.

Yesterday was the appointed day. Dave was in rehearsals and concerts all afternoon, so I went over to Chris and Linda's flat, he served up some paté and red wine, and we spent three hours with the DVDs -- which were indeed really interesting. Unfortunately Chris likes to talk over the narrative, so I'm not sure I really heard everything, but that's OK.

For dinner, I went to meet Dave and some of his coworkers at a pub. On the way, I walked past a tiny shop in Maida Hill with a large reindeer standing in the middle of the floor. And it was not a large floor! I asked the guy behind the counter if I could photograph the deer. "You're in the spirit!" I said -- and then, because he looked like he was probably Muslim and I thought that might sound too Christian, I said, "the Christmas spirit," which seemed worse, and then "the holiday spirit."

He probably thought I was a freak. But I got the picture and bought a bottle of olive oil and a Mars bar to compensate him. 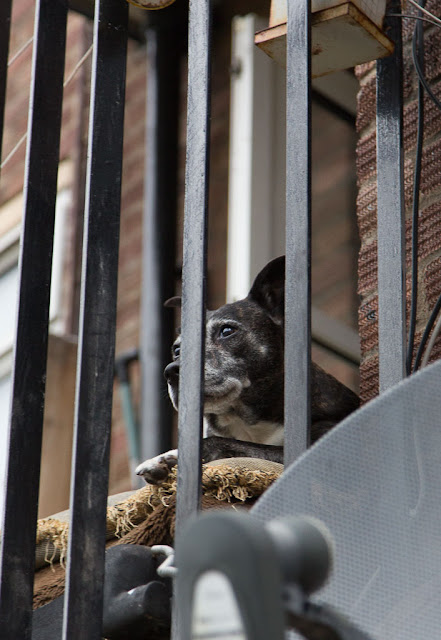 While in Notting Hill, I was glad to see that Charlie the dog still maintains his perch on our former neighbor Joan's first-floor balcony. I've photographed Charlie several times, here in 2011 (doesn't he look so young?) and here in 2013. I'm glad he's on guard as usual!
Posted by Steve Reed at 8:40 AM