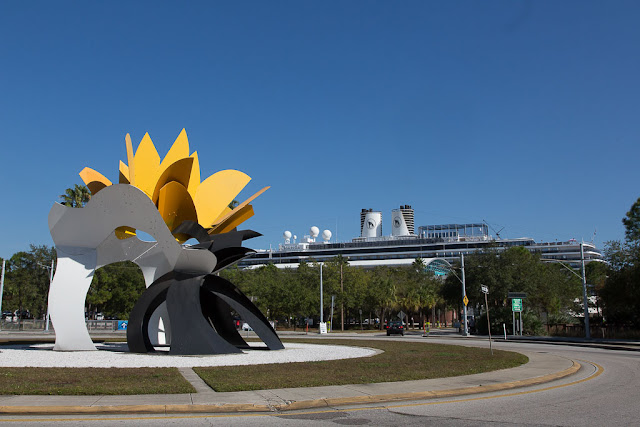 Here we are, in our floating city on the sea. Any concerns I had about not getting any exercise on this boat have been allayed by the fact that it's huge, and has lots of stairs to climb and decks to walk. I think I'm getting more walking done now than I did over the past few days of riding around in a car!

Above, you can see our ship, the MS Oosterdam, behind Tampa's "Exploding Chicken" sculpture. (Not its real name, as I've blogged before.) 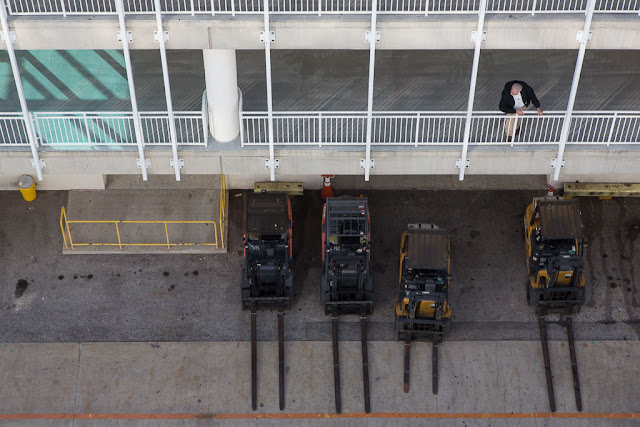 We boarded yesterday afternoon around 1 p.m. Remember all those movies you've seen of passengers gathering at the ship's rails, waving at hordes of spectators and well-wishers, and throwing roses? Yeah, that doesn't happen anymore. We were seen off by four forklifts and one lone old guy. 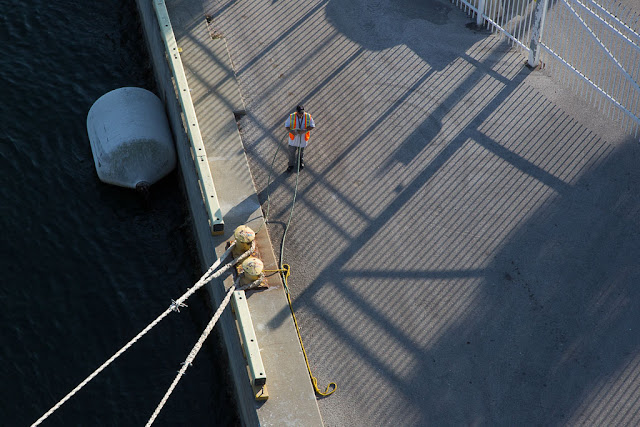 We cast off the ropes around 4 p.m., and cruised out into the bay in the golden late afternoon. 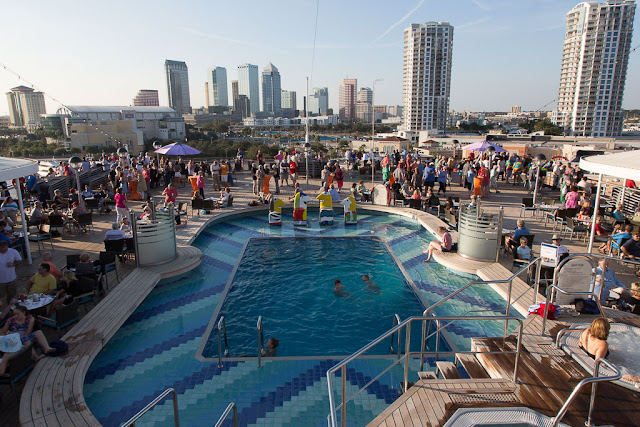 We gathered with our fellow passengers around the pool on the Lido Deck to watch the city slip away behind us. (Yes, we have a Lido Deck! Just like The Love Boat!)

So, what can I say about this boat? It has eleven decks, and we're on Deck 7 (stateroom 7099, in case you'd like to drop by). I haven't come close to seeing it all. There's a cozy bar with big windows on Deck 10 called the Crow's Nest, which I love, and there are two pools. Right now I'm in the Lido Deck buffet dining area, having cereal and coffee for breakfast. Dave is back in the cabin, snoozing away.

We have a balcony, which is pretty awesome. It was cool to step outside last night and watch the stars. 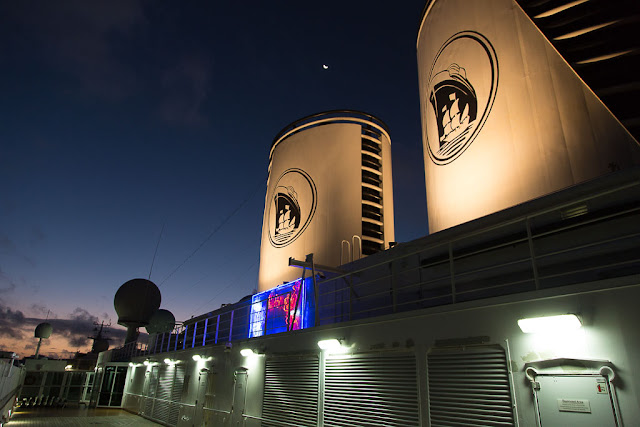 This morning, at sunrise, I took a stroll around the observation deck, which has some colored lights up for Christmas. Those are the ship's funnels at the right.

If there's any downside to cruising, it's that we have to pay for Internet, and it's not cheap. So I'm not sure how much browsing I'll be able to do. I'm going to keep up the blog to the best of my ability, though!

Later this morning, we dock in Key West, our first stop!
Posted by Steve Reed at 1:37 PM