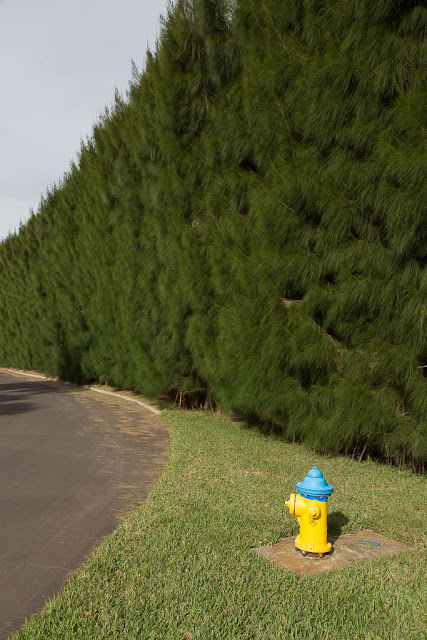 And now we're back in Bradenton, at a trusty Ramada Inn near the Tamiami Trail, which as a child I always thought was a genuine Indian word. Then someone told me the truth -- that it's simply an amalgam of Tampa and Miami. Not nearly as exotic as it first seemed.

Our room faces the highway and last night as I got ready for bed, a motorcycle went by and it was loud -- even though we had the door and window closed. I thought, "This is not a good sign." But then I slept like a log. I was exhausted.

Dave and I drove down from Tampa yesterday morning, after returning to my stepmother's house and collecting the car and the stuff we left behind there during the cruise. As we crossed over the Sunshine Skyway I thought about how weird it was to go both over and under that massive bridge on the same day. The weather was windy and cool and the kite surfers were out on Tampa Bay. 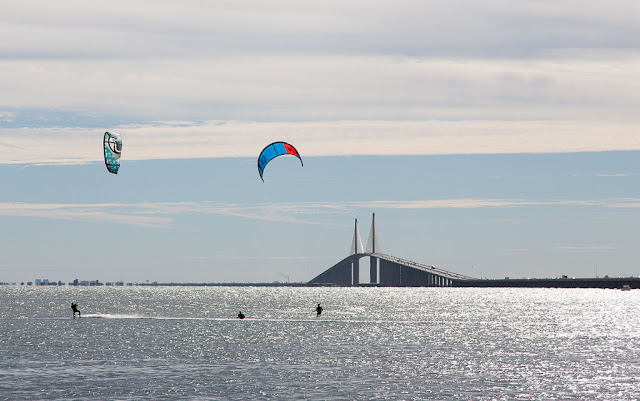 We spent the day with Dave's parents and sister, mostly eating. It's the quintessential family activity, I suppose!

My sea legs have mostly vanished. I no longer feel that omnipresent rocking motion. And let me just say, I am thrilled to be in a place where the Internet doesn't cost 75 cents a minute!

(Top photo: A fire hydrant in Bradenton. I was intrigued by that dark wall of feathery Australian pines.)
Posted by Steve Reed at 11:06 AM