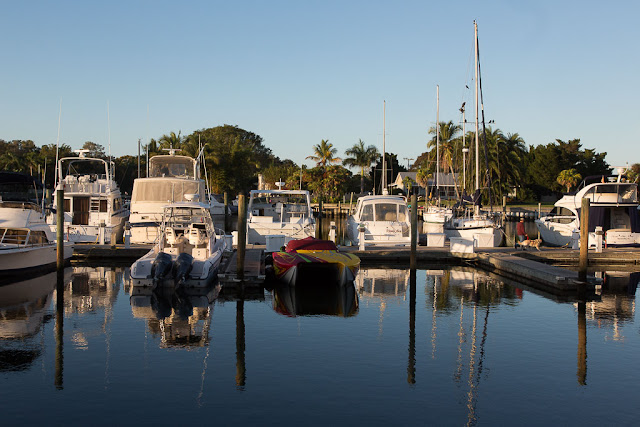 Here we are, with the slate wiped clean and the opportunity for a fresh start. That's how we're supposed to regard the New Year, anyway. I'm not sure it really works that way, but I'm willing to give it the ol' college try.

Dave keeps saying, "2016 really was a lousy year." (The word he uses is a bit harsher than lousy.) We endured his Crohn's illness and surgery, my dad's death, and some major political debacles that seem poised to reshape the world. (Of course, we all endured those.)

On the other hand, we experienced a lot of good things, too -- the opportunity for travel, the ever-happy and enthusiastic companionship of Olga, good jobs and a beautiful garden. And there's no reason to believe at this point that any of those things won't continue on into 2017. Knock on wood. 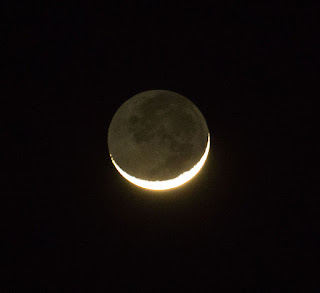 We spent yesterday mostly with Dave's parents and sister. I zipped away for a quick breakfast with my college friends John and Sue, but otherwise Dave and I enjoyed lots of family time. We went for lunch to a waterfront seafood restaurant in Cortez, where we sat out in the sun (SPF 30!) and watched the wildlife on Sarasota Bay -- mainly pelicans, cormorants and herons. At one point a flock of about eight spoonbills flew overhead, bright pink against the blue sky, and I was momentarily tongue-tied. "Pink! Pink!" was all I could say, pointing up at them. Of course, by the time I grabbed the camera and tried to focus, they were gone. But they were an amazing sight.

As was the new moon, hanging in the sky last night like a bright sliver of fingernail.

We had dinner out at yet another seafood restaurant (is this getting crazy or what?) and planned to open a bottle of champagne back at the house. But when we opened the bottle, it didn't pop -- there was a meager little hiss and the champagne (actually Asti, to be honest) slid wetly into the glasses with noticeable lack of fizz. Sure enough, the cork had gone bad, and the champagne was undrinkable. This is NOT an omen.

And it wasn't a total loss, because I could at least make a cafe chair from the cork wire! Now the one from 2013, still sitting on my mother-in-law's kitchen counter, has a new companion: 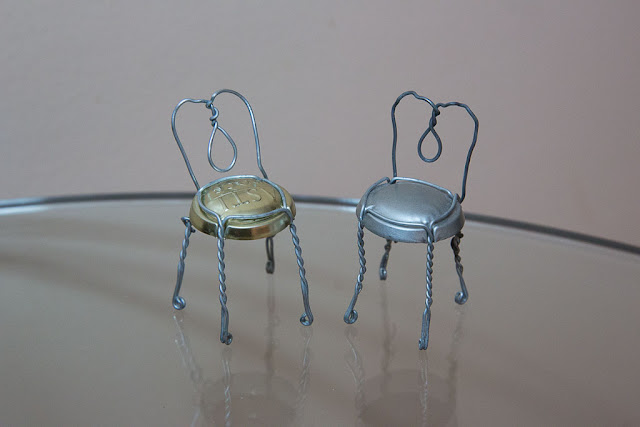 I'm just noticing I didn't bend the legs to match the first one, so minor adjustments are still needed! Dave's mom wants a little table to go with them, so I suppose the next time we crack bubbly (hopefully bubbly bubbly) I'll just disconnect the back wire and use the cork-top for the table. That would work, right?

Today Dave and I will take to the skies and return to London. Our flight doesn't leave until this evening, though, and we've got to get his sister to the airport for her flight and then return our borrowed car to my stepsister and her husband, who will then ferry us back to the airport. I'll be glad when we're finally on that plane! I made sure to download my rented movies so they'll be ready to watch in an Internet-free environment, unlike on the flight over, and I have Shirley Jackson's "We Have Always Lived in the Castle" to read, too. So I should stay occupied.

I know I've been neglecting all my blog-world friends, and I really do plan to catch up with you all when I land in London and get back to some semblance of routine!

(Top photo: The view behind our Ramada Inn in Sarasota. It's right on a marina!)
Posted by Steve Reed at 12:07 PM