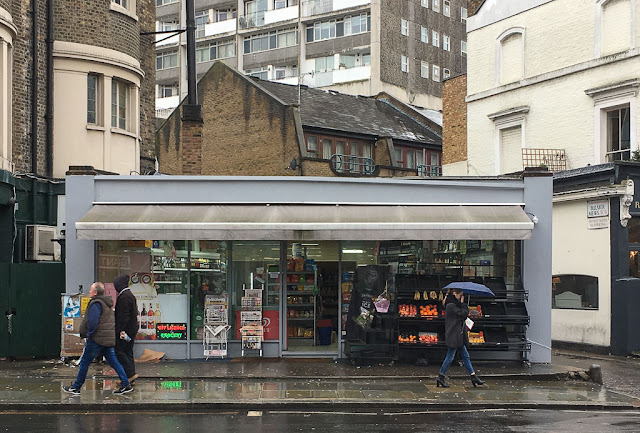 I had to go back to Notting Hill, our old 'hood, yesterday. I happened to walk past the Skank Store, which has been rehabilitated since I last photographed it in 2012. It's looking much better these days, don't you think? A little lopsided on the top, and produce doesn't seem to be their strong suit -- but still, a definite improvement.

I was back in N.H. to visit our doctor, for reasons that are really not very interesting. (Trust me about this.) I was away from work a couple of hours, and it was drizzly and gray so there weren't even many photographic opportunities.

I did, however, amuse myself throughout the day with our new Olga Cam! I checked in on her via my phone several times during the morning, and as I suspected, her daytime life is pretty placid: 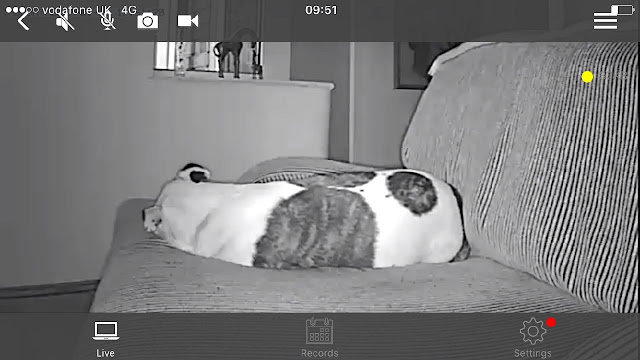 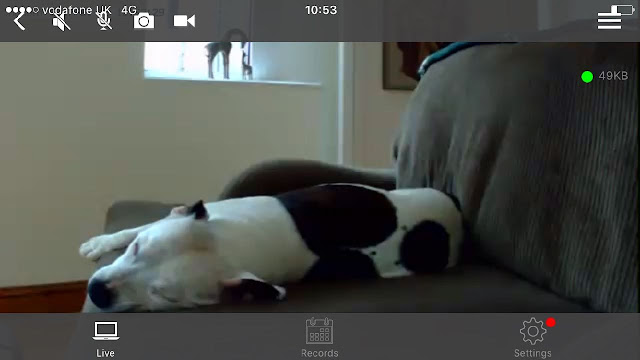 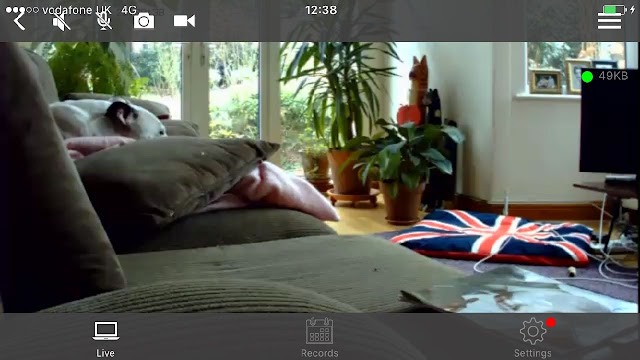 Finally, around 1:30 p.m., the dog walker showed up. By this time she'd moved into the bedroom: 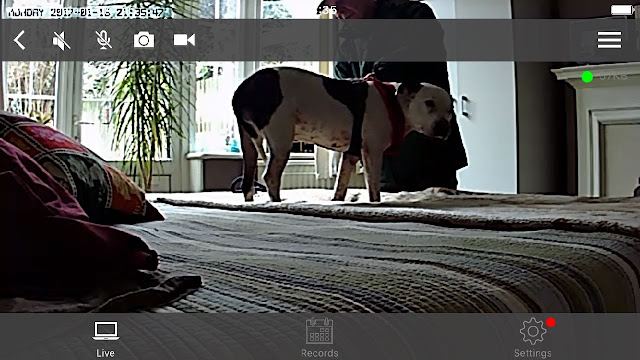 He buckled her into her harness and took her out for a romp, and by the time she came back a few hours later, Dave was home. And that was pretty much that. A dog's life, in pictures!

Yesterday was supposedly "Blue Monday," the most depressing day of the year, when post-Christmas bills are arriving amid the cold, gray darkness of mid-January. And this year, news articles pointed out, we have the additional burdens of Trump and Brexit! But Dave and I put a positive spin on the current political scene by making generous donations over the weekend -- to the ACLU, the Southern Poverty Law Center and Planned Parenthood. I still have a voice -- and combined with the Olga Cam, that fact made Blue Monday a bit less blue.
Posted by Steve Reed at 6:52 AM

Interesting footage of Olga's day. A friend always said that dogs were either
"Flat out, or out flat", and that seems to be about right !

Good for you making those donations. I will do the same on January 20. Olga has a nice life, thanks to the two of you. Lucky dog!

The Olga-Cam pictures are surprisingly sharp aren't they? If a thought bubble emerged from her cranium it might say - "Those b******ds have left me in the house again!" or if asleep "Squirrel! I'm gonna get you this time!"

Damn. I wanted the Olga pictures to show her watching TV and making snacks while wearing an apron.

Bravo for making those donations. I am doing the same with similar organizations. You got some very clear pictures with those webcams. How fun to watch what is going on while you are not around. That Notting Hill store is looking much better than it did in 2012.

My daughter always said that she thought her dog slept most of the day and once in a while looked out the window. Isn't there a song "Blue Monday"?

the secret life of Olga is no longer a secret.

Wonderful choices for donations, Love that, and you two, generous and thoughtful !!The life of Olga -so serene, patiently waiting. Good Girl. Such a lovely dog life. The little shop in Notting Hill greatly improved, sleek and nearly posh. I'll bet they sell their milk for more now.

It looks like she was sleeping in a different place every time, which is hilarious! And pretty much what our cats do, come to think of it.

Donating to a good cause - what a good response to depressing things.

Olga seems to get plenty of rest. And that first picture makes me think it's a typical wet London day.

The Olga-Cam is hilarious! I love that one where she's looking over her shoulder on the bed!

Brexit. Trump. It's all too much.

I've had a busy time today looking up the meaning of words in your posts and checking out the organisations who receive your donations. The Southern Poverty Law Center, fascinating and and a rather scary eye-opener.