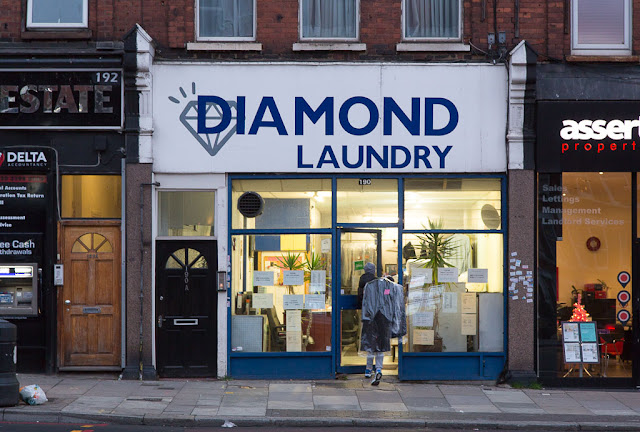 Remember how I mentioned that Olga had a rash when she came home from the dog-sitter's?

Well, that rash had us really stumped. It looked like poison ivy -- raised red bumps all over her belly, but apparently not on any part of her skin covered by fur. It seemed like she ran through nettles or rubbed against something that irritated her, but she wasn't visibly itchy or in pain. The dog-sitter professed to not know the cause. (Can you tell I'm skeptical?)

I took a photo of her rash to work to show a coworker who also owns a staffy. She gasped when she saw it and suggested we bathe Olga -- a suggestion I'd already made to Dave. We hadn't yet had a chance to do it, but in the meantime I rubbed some diaper rash cream (in Britain, "nappy cream") on her chest -- we had good success with that when she had a milder rash years ago in reaction to a certain kind of pet food.

And yesterday, voila! Her rash all but disappeared.

Could it have been stress? I wonder. She's definitely calmer being home and she's been sleeping a lot. I think she was exhausted.

In that case, I can identify -- today I have to go in to work early because one of my coworkers (not the staffy owner) is sick. Which means I have to get up and out of here by about 7 a.m., concurrent with Dave, which is always a challenge. And then I'm working until 5 p.m. as usual, and we have a student concert to attend tonight.

Lots of people at work seem to be ill. Apparently something was going around during the holiday season. I'm not feeling so great myself, but I think it's partly jet lag.

If I come down with a rash, I'm suing the dog-sitter.

Last night we started the fourth season of "The Wire." I'm hoping I can get Dave more into it, and apparently education begins to play a part in the show's plot this season -- being a teacher, he might respond to that. He hasn't loved the series so far. I, on the other hand, have a secret crush on Omar.

(Photo: A laundry on Finchley Road, on Tuesday.)
Posted by Steve Reed at 6:09 AM