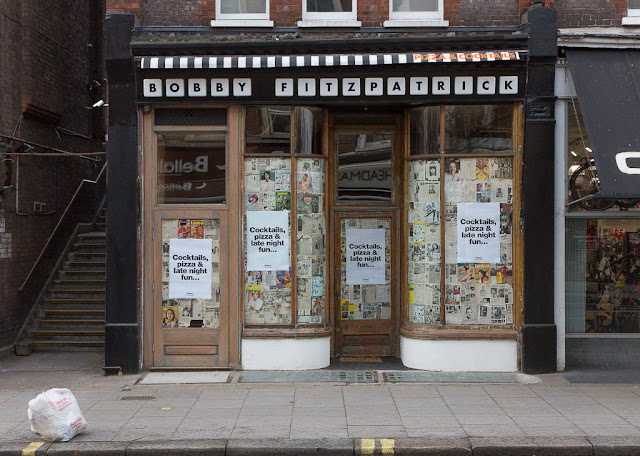 The former jazz club being renovated in West Hampstead has gained a sign and presumably some interior walls since I photographed it last March. At first I didn't pay attention to all that newspaper covering the windows. It's fairly common practice for businesses being renovated to cover up this way while the work is being done. 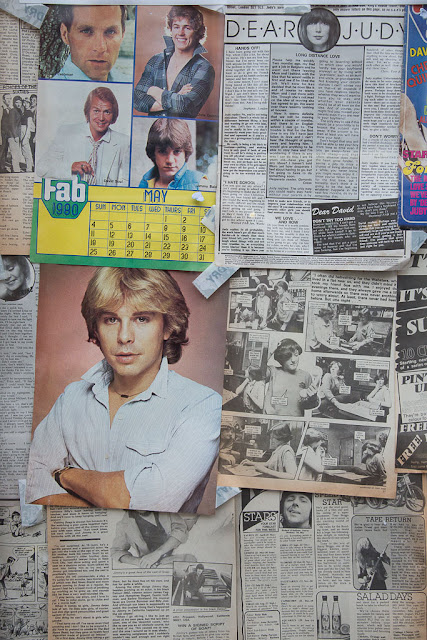 But then I took a closer look and realized the "newspaper" actually consists of pages from old '70s magazines -- teenybopper fan mags, from the looks of things. 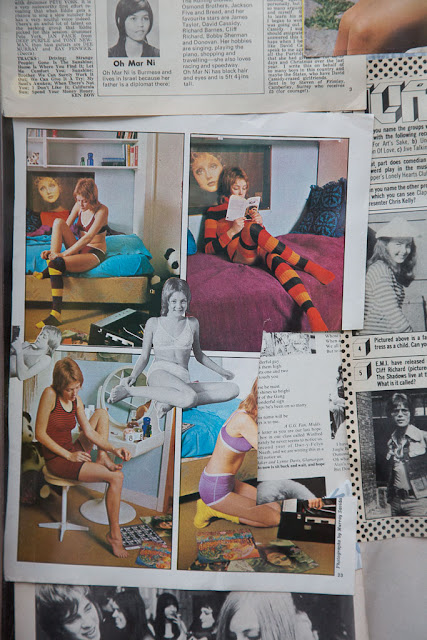 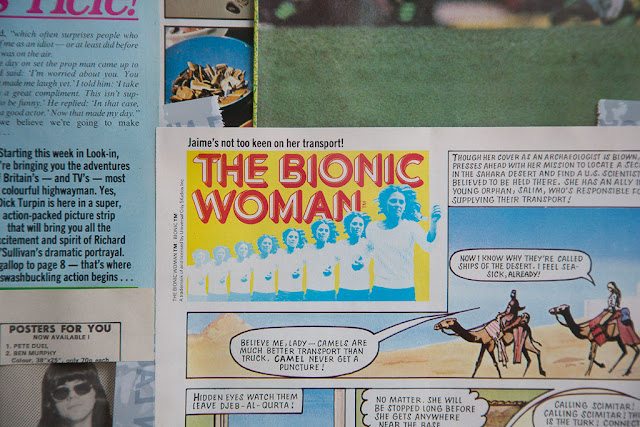 ... and a comic strip from the folks who made "Bionic" a word. 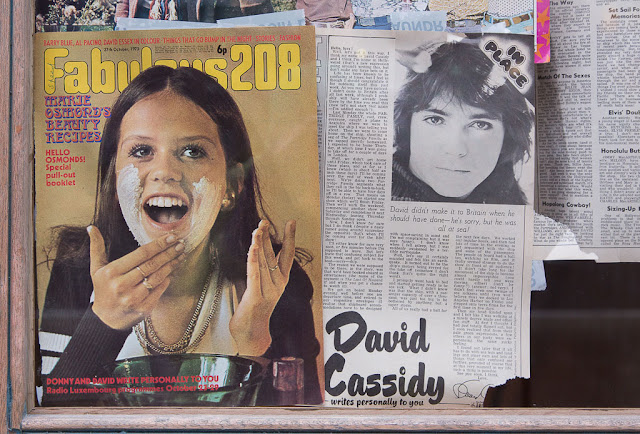 Beauty tips from Marie Osmond? A "personal letter" from David Cassidy? What more could we want?

I got such a kick out of all this that I stood in front of the shop reading until Olga got really impatient and began pulling me along the sidewalk. I'm going to have to go back without her and take a closer look!
Posted by Steve Reed at 6:40 AM

Well spotted Steve!
Over in America it is acceptable to call the pedestrian strip at the edge of the road a SIDEWALK but here in England we refer to it as a PAVEMENT and whilst living here it is respectful to use our terminology. Have a most acceptable day!

DIDACT (noun) 1.a didactic person; one overinclined to instruct others.

There's only one word for this - Fab!

Dear lord, I think I had all those articles as a child...all that is missing is a story on Bobby Sherman.

I wish there was a "like" button for your response to YP.
Marie Osmond is still giving us beauty tips. What would we have done without her all these years?

Ms. Moon's comment made me laugh out loud. She's so right, what would we have done without Marie.

never read teen magazines. they probably weren't allowed in our house. I wonder if their choice of material will have anything to do with the place when they open.

Much more fun than newspaper!

I'd "like" your answer to YP as well!! Pavement in Canada is the middle of the freakin' road, so we tend not to walk there :)

I wondered the same as Ellen - whether the magazines have anything to do with the new place.

I do hope that they transfer the collage onto the walls! Priceless! Entertaining, something to read while your're waiting. Gosh, sorry to have missed the beauty tips, too late! Our girl's softball team was named "The Sidewalks" and for good reason. "The Pavements" would not have been as effective.

Incredibly cool and eagle eyed find! I wonder if anyone else noticed. Also curious if it will be a theme in the new place.
Xoxo
Barbara

Haha, ditto to your reply to YP. Hahahahaha. :)
David Cassidy used to make me swoon ... but why would anyone want to look at the prepubescent girl in her unmentionables?

I'm kind of a sucker for old magazines and photos. The old styles are pretty interesting.

Oh, what fun. When SWMBO and I were building our book shop, we covered the windows with plain white paper we got from a newspaper printing office. This is much better.

I love this nostalgic stuff from our youth. I think you and I are about the same age, so thank you for posting these!