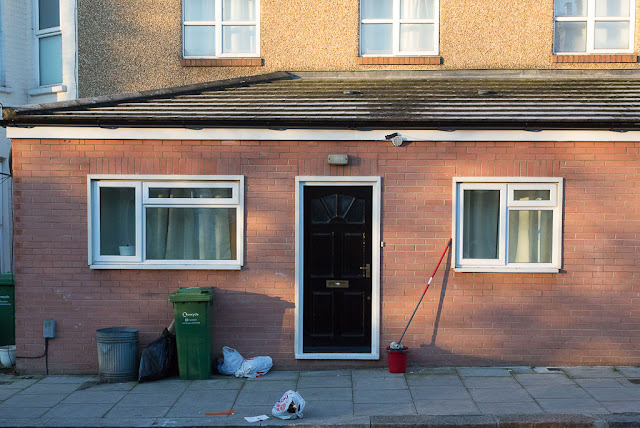 Thanks for all your thoughtful comments on my flight of pessimism yesterday. I had an epiphany as I was walking home from work, thinking about Trump and all the planet's ills: Maybe it's not helpful to think about these problems from too high an altitude. In other words, think about what we can manage, rather than the overall doomsday scenario.

After all, from an even higher altitude, the sun is going to explode at some point and Earth will cease to exist. Right? It's actually a bizarre source of comfort.

One of my astute commenters made this same point, I saw later, and added this fabulous quotation from Alistair Cooke: “In the best of times, our days are numbered anyway. So it would be a crime against nature for any generation to take the world crisis so solemnly that it put off enjoying those things for which we were designed in the first place: the opportunity to do good work, to enjoy friends, to fall in love, to hit a ball, and to bounce a baby.”

It emphasizes humanity's tendency to think in the short term, but it's pretty much my conclusion as well. Be here now. So thanks to Alistair, who I know only as the former host of "Masterpiece Theatre" but who apparently did and said other things too.

And speaking of dead celebrities (I know, a terrible transition) Dave and I watched four back-to-back episodes of "The Mary Tyler Moore Show" on YouTube last night. (Veal Prince Orloff!) I was sorry to hear about her death this week, but how great to have left behind such a body of work. The characters from that show are like long-lost family members -- Mary and Lou and Ted and Georgette and Sue Ann and Murray and Rhoda and Phyllis -- and watching them again felt like a reunion. It's hard to believe forty years have elapsed!

(Photo: Morning on a nearby street.)
Posted by Steve Reed at 6:58 AM

Alistair Cooke had a Sunday night slot on BBC Radio 4 for many years - "Letter from America". In monologues he reflected on life and the news. He was wise, observant and optimistic.

It was the end of an era when Letter from America closed after 54 years and 2,869 episodes. Cooke was particularly good at explaining the machinations of US politics. Goodness knows what he would have made of the White House today.

Beautiful post, Steve. Thank you for it. A perspective we all need right now where so many of us are running around with our head in our hands screaming, "The sky is falling!"
Which, sure, it is.
But time to take a breath.
When Jessie was little, she read the word "relatives" and thought it was pronounced "re-lay-tives". When I read what you said about how it's somehow comforting to know that one day the sun's going to explode I thought, "Steve and I are re-lay-tives."
The thought comforts me too.
Isn't it odd that some people are comforted by the idea of heaven and some people are comforted by the idea of the sun exploding?
Ha!

Wise words! I also was sad to hear of Mary Tyler Moore's passing. She was an inspiration to many single women back in the day of her show. She made me feel less of an odd-man-out as I worked for a career when all around me were getting married and having babies.

This is a good reminder to be in our lives, the dailiness of it, the love in it, the simple joy. Thank you.

I'm so glad you got my point without thinking I was weird, Steve.

I remember Mary mostly from “The Dick Van Dyke Show,” so I must be older than you. On this show and the other one, she wasn’t my favorite character.

As for Trump, my one solace is that so many share my horror of him. When the demonstration crowd the day after the inauguration is bigger than the inauguration crowd, it’s not a good sign for the new guy. He has brought people together who otherwise wouldn’t be together, and he has forced us to focus on what’s most important.

I still feel a bit shell shocked - I don't know how many more egregious things I can take in at this point. So, yes, concentrating on what I can do as one person is a great idea!

Well, I'd say you're highly pessimistic today! I think we have to look after mother earth. However in the past there have been major changes on this planet but not man made changes.

Oh, I DO think we need to take care of Mother Earth! I don't mean to abandon her, Red. I just think that despairing about overpopulation or climate change in general isn't going to get us anywhere. We need to focus on the individual changes we can make to lessen those evils, whether donating to Planned Parenthood or reducing our carbon footprint.