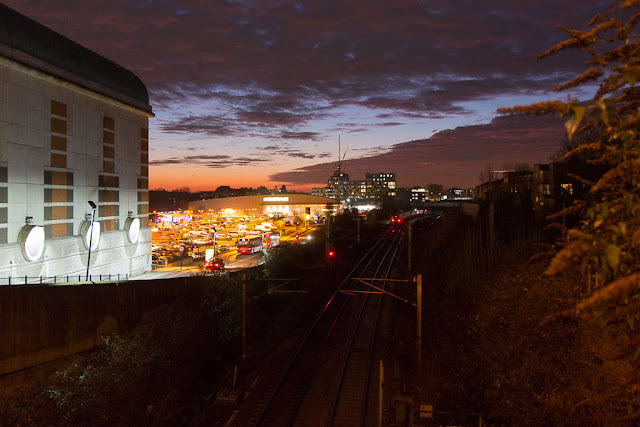 This was the scene last night as I walked home from work on Finchley Road, looking west toward the tube station. It's one of the least beautiful parts of West Hampstead, with the O2 Centre shopping mall, the train tracks, and Homebase, our big-box hardware and gardening store. But the sunset made it interesting!

So here we are, on the last day of Obama's presidency. I was serious when I said yesterday that he may be my favorite president. For someone who's been mercilessly harassed by political opponents every step of the way, he's been amazingly effective and dignified. He has never failed to be presidential, never wandered from the high road. His wife, too. She's been great. I'll miss them both.

I didn't elaborate on Chelsea Manning yesterday, but here are my thoughts on that subject: She released state secrets, yes. No one disputes her guilt. But she was also punished and clearly had, at the time, some mitigating psychological issues. Compassion demands that she be removed from a dangerous prison environment and be allowed to sort out her life, particularly since she has already served more prison time than any other leaker and did not reveal any critically classified information.

I don't feel the same way about Edward Snowden. Although I'm sympathetic to his motives as a whistleblower, he hasn't been through any judicial process -- and I think an official, judicial assessment of his actions and their consequences needs to occur before we talk about a pardon or commutation. I wouldn't rule out a plea bargain to allow him to return to the United States, because that would address any charges against him. Simply freeing him would be premature. 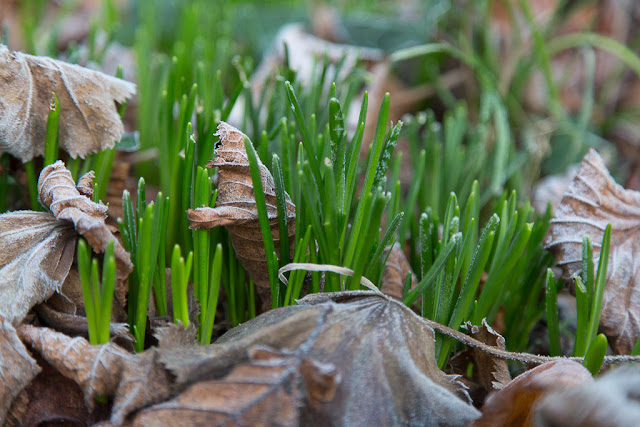 We had a very frosty morning yesterday. I noticed that the grape hyacinths have sprouted, though I don't see any blooms yet. With all the digging Dave does in the garden, I'm always afraid the hyacinths are going to be uprooted and yet, every spring, they appear by the hundreds. I'm glad they're so durable and he's able to successfully work around them! Our daffodils are beginning to show little sprouts, too.
Posted by Steve Reed at 6:43 AM