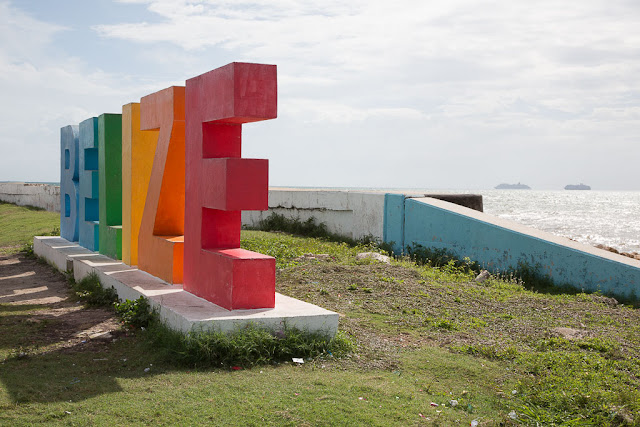 Belize, which used to be called British Honduras, was our stop yesterday. The harbor is apparently quite shallow, so we had to "tender" in from the ship -- shuttle back and forth in catamarans. They were pretty big boats themselves, so it wasn't an arduous process, but it took about 20 minutes for each one to zip from the ship to the dock.

In the picture above, you can see our cruise ship in the distance -- we're the one on the right. A Carnival ship was in town the same time we were.

Dave and I took a trolley tour of the capital, Belize City. The tour took about an hour, and afterwards I re-walked the route and explored some side streets to get some pictures. (I find it impossible to take decent photos from a moving vehicle.) 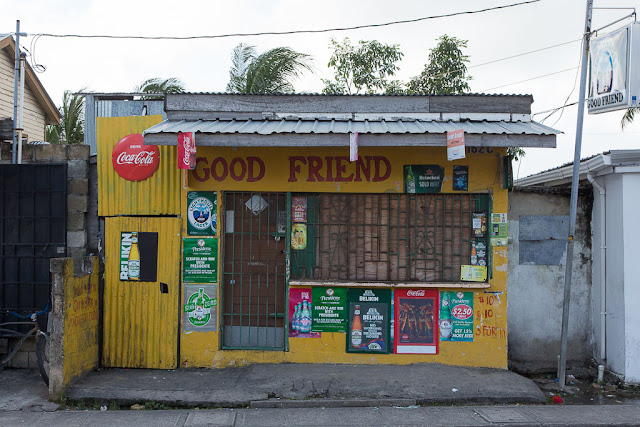 A lot of the businesses were closed for the day, apparently because it was Boxing Day in Belize. They celebrated a day late because Christmas fell on the weekend, as I understand it. 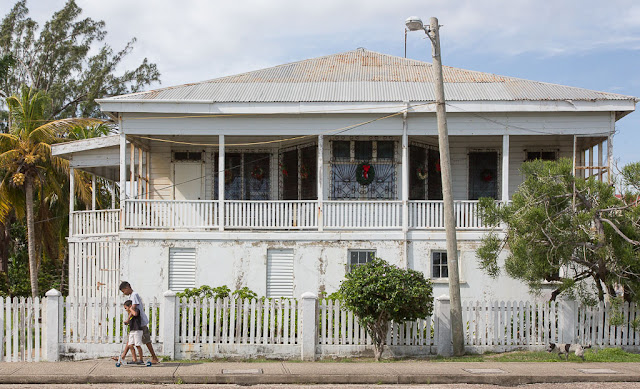 Belize City strikes me as very safe and friendly -- I was never bothered by anyone as I walked around. A few guys offered to give me a taxi ride, and lots of people said hello as I passed them on Albert Street or Princess Margaret Boulevard. 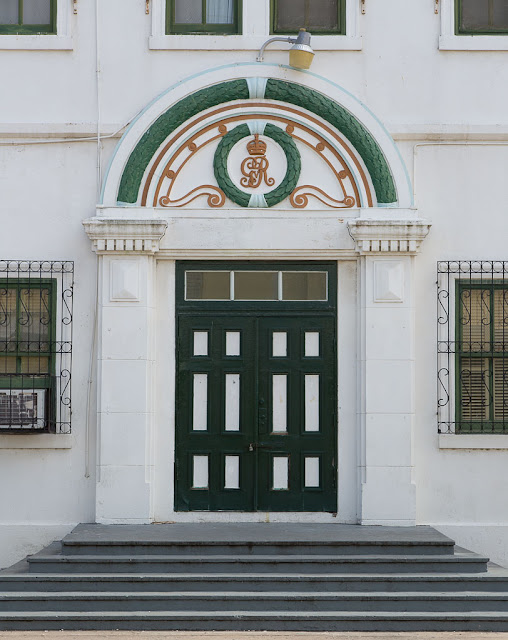 It's not hard to find lingering traces of Belize's British past. 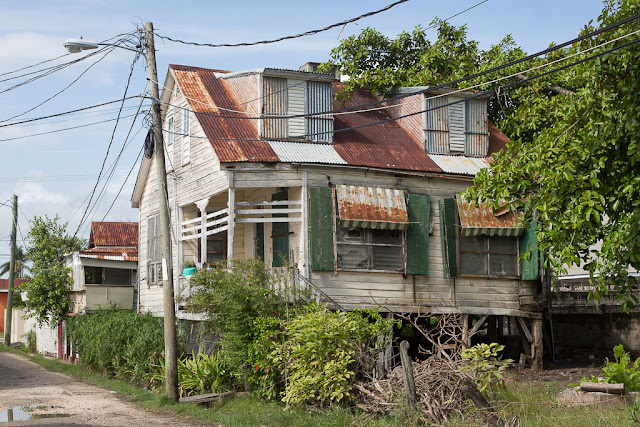 Some of the houses seem on the verge of collapse... 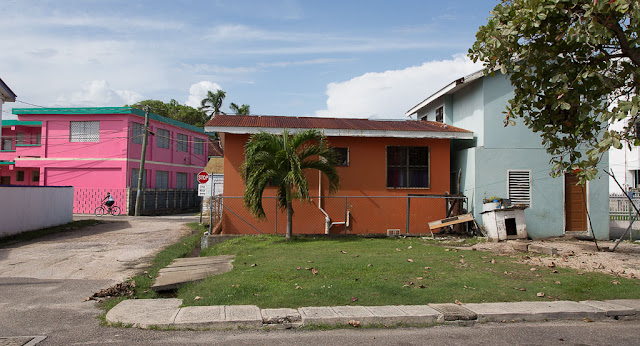 ...but many are solid and colorfully painted. Sherwin-Williams must make a fortune in the Caribbean.

On the way back to the ship, I bought a bottle of the local beer, Belikin, and drank it perched on a wall near the street. I saw an incredibly mangy dog walk disconsolately past, tongue lolling. I felt so bad for him that I bought a can of Vienna sausages and went after him. I offered him one gingerly and he refused it! I don't know if he was so sick that he's just not very hungry, or maybe another tourist had already fed him. I wound up dumping the sausages near a wall, where something has no doubt eaten them by now.