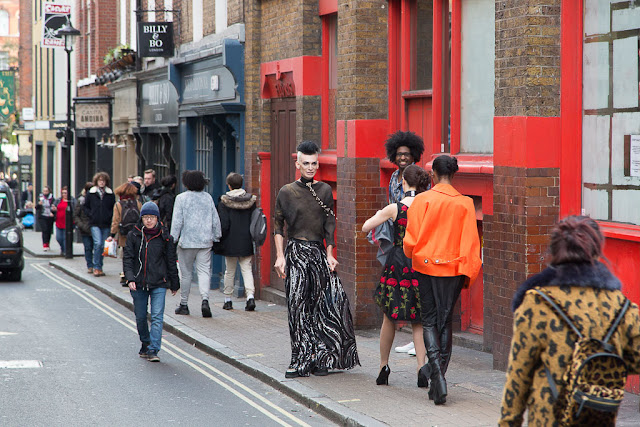 After French class yesterday (and thank god THAT's over) I went walking in Marylebone and Soho, looking for good photo opportunities. I came across some interesting characters in Soho, dressed to the nines. 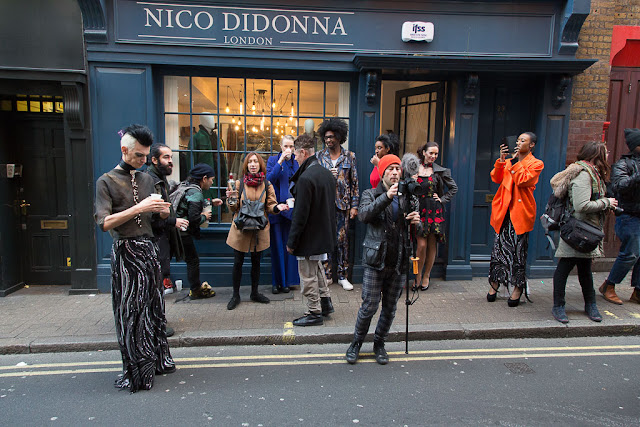 Turns out they were with an outfit called Live Fashion, which takes fashion shows to the street -- more about that here. They have a YouTube channel and an Instagram page, too. They paused in front of this boutique and attracted a spontaneous gaggle of photographers. We were popping off frames while their ringleader took photos of us.

(The woman in the beige coat is doling out vodka, BTW.) 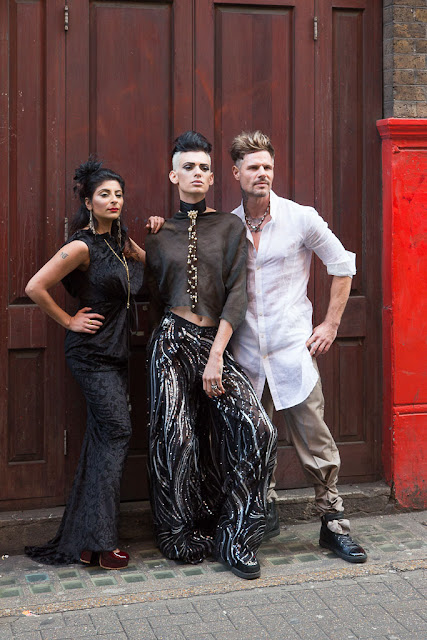 There was some vamping and vogueing for the cameras... 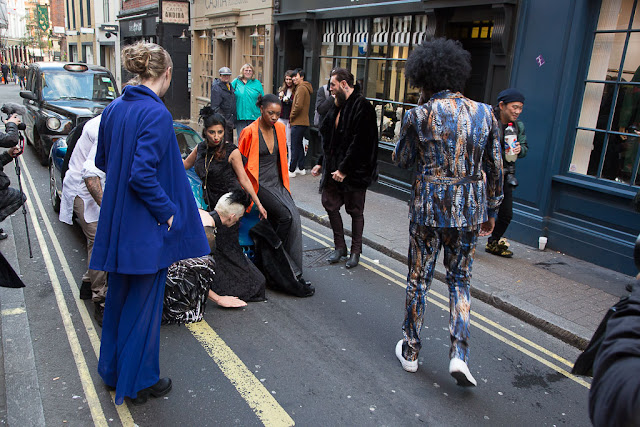 ...and some brief lounging on a passing sportscar. (I hope the driver was in on the joke. He did furiously rev his engine at one point.) 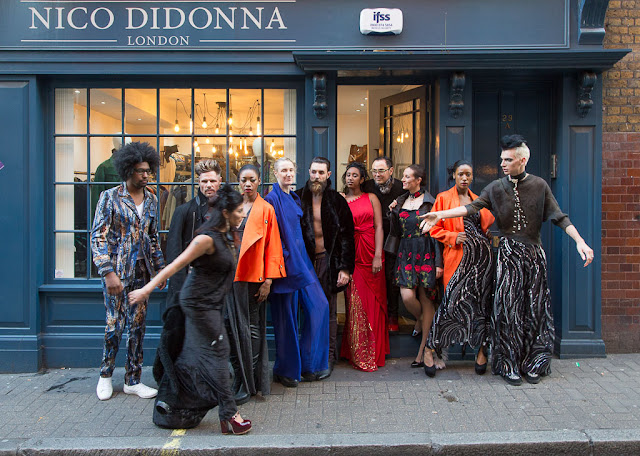 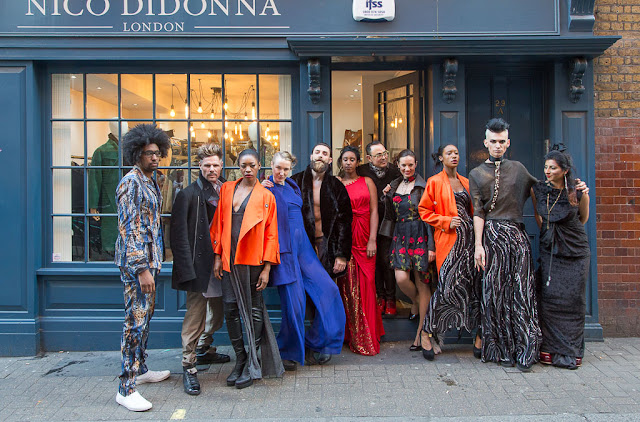 It was a hoot! As I told another guy there taking pictures, you just never know what you'll find walking around London.