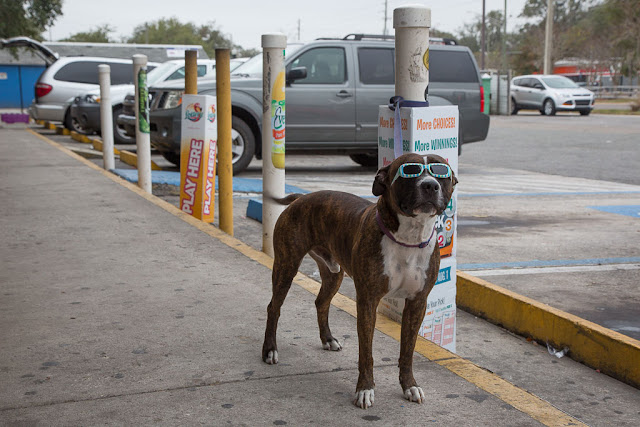 You thought I was kidding, didn't you?

But no. Yesterday, while out with Dave and my brother, I really did see a dog wearing sunglasses. A guy walked him in front of our car as we waited at a stoplight, and when he tied up the dog and went into the Moonshine convenience store, I immediately pulled into the parking lot to grab some pictures. The dog was super-friendly and waggy, but I never talked to the owner so I have no idea what his name is. Feel free to make one up. (I'm going with "Stevie.")

The weird thing is, it wasn't even a particularly sunny day! 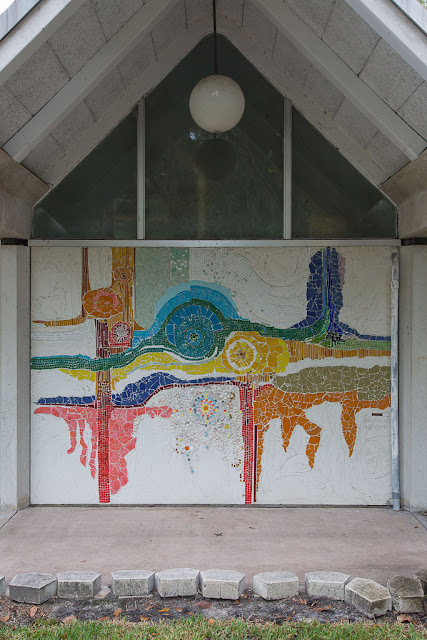 It was busy, though! Dave and I met my mom for breakfast, and we went to a biscuit restaurant. When we placed our orders, the cashier asked me, "What is your favorite Christmas memory?" I was perplexed until she explained that the restaurant always has a "Question of the Month." The customers' answers are then called out by the staff to indicate that the order is ready.

So I had to come up with a Christmas memory that was both brief and inoffensive enough to be called out in a public place. The best I could do on such short notice: "Setting up my grandma's little artificial Christmas tree." (For the record, my grandmother, who was somewhat formal, was always "Grandmother" and never "Grandma." That was a transcription error on the cashier's part.) Sure enough, that's what they called out when our biscuits and gravy were ready. As we ate I heard an even more succinct memory from another customer: "Surviving it!"

Afterwards Dave and I visited my Mom's retirement community, where we took a walk and admired the groovy mosaics from 1964 that adorn some of the exterior walls (above). We spent the morning with her and then got back in the car to go downtown and meet up with my brother for lunch. 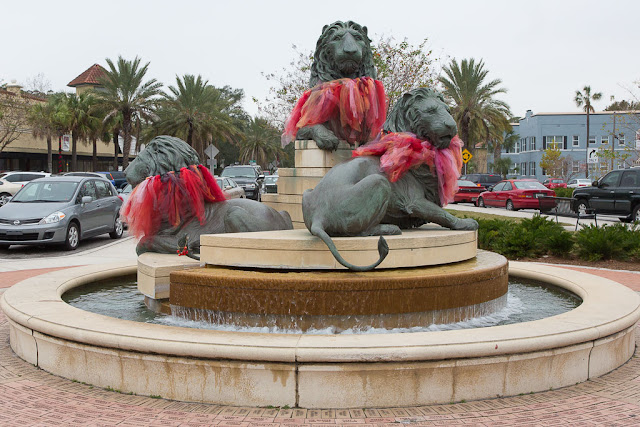 We picked him up and went to Cleo's, which I photographed when he and I tried to visit this summer. We missed out then because it was closed. This time I got to sample the best taco salad in town, which is, as I suspected, pretty average -- but the atmosphere can't be beat. It's like eating on someone's shady back porch. I loved Cleo's.

We took a drive through north Jacksonville, where the aforementioned dog incident occurred. Then we dropped my brother back at work, and Dave and I came back to our hotel via San Marco, where the lions on the famous fountain were decorated in gauzy frocks -- or collars, I suppose. Must be a holiday thing!
Posted by Steve Reed at 11:32 AM