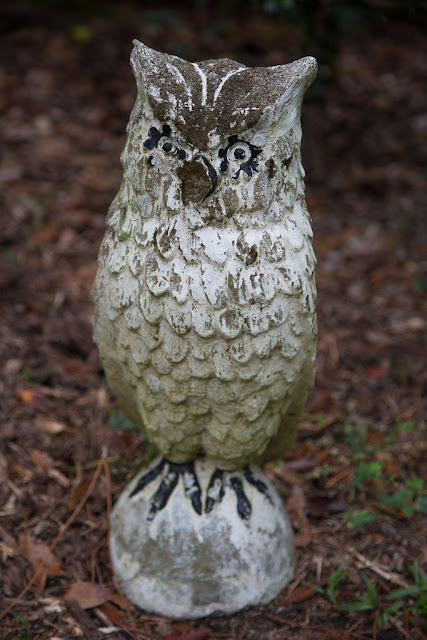 The Eagle has landed. Or the Owl. Or our plane, anyway.

I didn't think it would ever happen. Physically, this was one of the less comfortable flights of my flying career. It seemed incredibly overheated, stifling and dry inside that tightly packed plane, where every seat (as far as I could see) was occupied. I swear the air circulation wasn't working properly.

I sat next to a nattily dressed older man, complete with hat and necktie -- not many people wear a necktie to fly anymore -- and a ring made out of a big gold coin. He didn't drink a lick of alcohol but every time a stewardess walked by he'd gasp for water like he was crawling across the Sahara. He was carrying a bag with Narconon printed on it. I suspect he's had an interesting life, but as is my policy on airplanes, I didn't get tangled up in a conversation with him.

Maybe I should have, though, because my in-flight entertainment plans went awry. I'd rented two old movies from iTunes, but I couldn't get them to play because I'd failed to download them ahead of time and obviously in the sky there is no internet. So I turned to the films offered by the airline and none of them excited me very much. I tried to watch "Love & Friendship," the recent Whit Stillman movie with Kate Beckinsale, and although I've really liked his past movies, this one left me flat and I turned it off after about 20 minutes. Somehow a Jane Austen period piece where everyone is dressed in layers of elegant finery didn't seem appealing on an overheated plane.

Fortunately, I also had a good (but bleak) library book, "Did You Ever Have a Family" by Bill Clegg, and I read the whole thing.

At one point, after we'd been flying for hours, I decided to check the moving map. I thought surely we were nearly there. 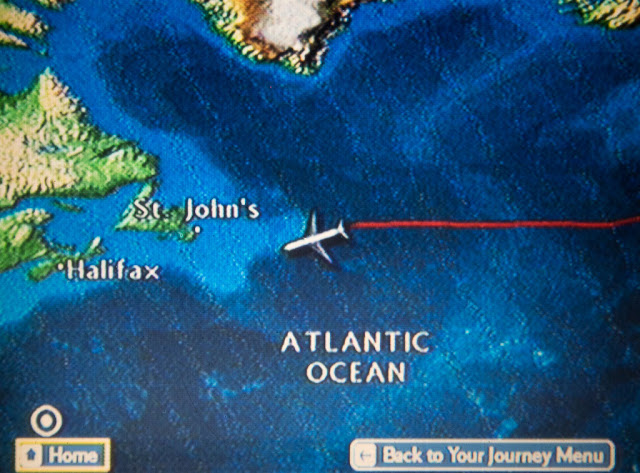 But no! We were about nine miles above the Titanic and not even halfway to our destination. We'd had a late start because of fog at Gatwick and with headwinds, that plane just inched across the ocean.

A family from school was on board the plane. We don't know them well and I feigned surprise when we talked to them later at baggage claim, even though I'd seen them when they got on. I don't really know why I did that, except I wanted them to feel unobserved, like I hadn't been aware of their presence the whole time. Protecting their zone of privacy, you know? It was instinctive.

Anyway, we're here now, and I've met up with the Tampa branch of my extended clan. Today Dave and I are driving to Jacksonville to spend a few days with my mom and my brother's family. Road trip!

(Top photo: An owl statue in my stepmother's yard.)
Posted by Steve Reed at 1:07 PM