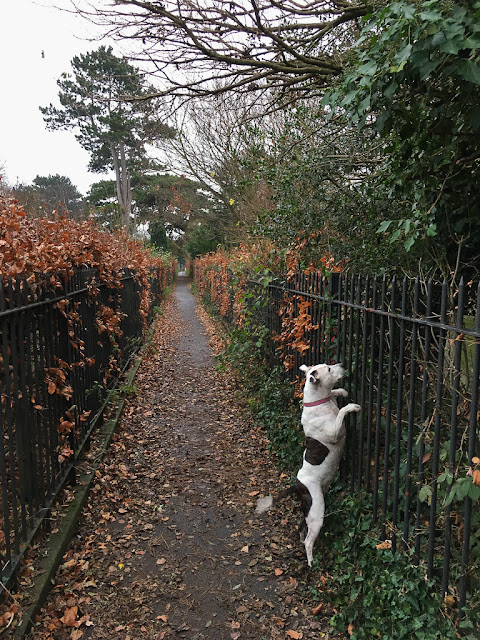 Another photo melange today, since we're busy packing this morning for our takeoff around noon.

First, a shot of Olga -- to help ameliorate my guilt at sending her away last night with the dog sitter. This was during a recent walk near the cemetery. Squirrel!

Olga, for the record, went with the dog sitter uncomplainingly. I don't think she's too distressed. 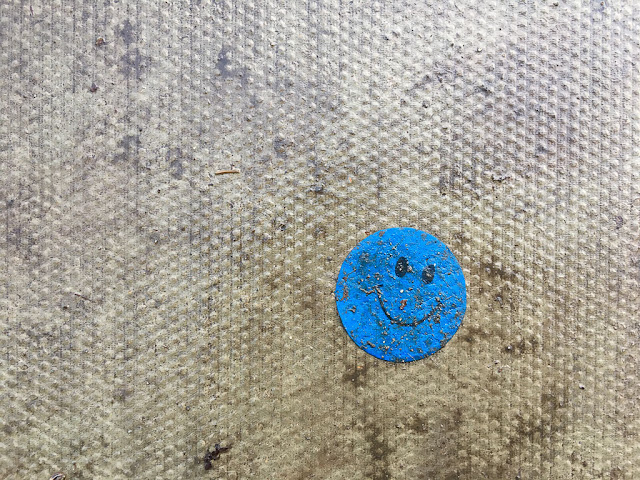 I had the most bizarre dream early yesterday morning. I dreamed I was on a rooftop in Brooklyn with two friends -- people I do not know in real life -- and we were using a baseball bat to hit baseballs across the adjacent rooftops, letting the balls crash down onto the houses and streets and cars below. Some guy who lived down there got annoyed with us and stomped up the stairs and onto the roof, holding a batting helmet. "You may want this," he said, shoved it at me, and stomped away grumpily.

This dream is peculiar because, in real life, hitting a baseball is just about the least likely thing for me to do (except possibly catch a football), especially under such mischievous circumstances. How do I even know about the existence of a batting helmet? It's like someone else dreamed a dream and put it in my head! 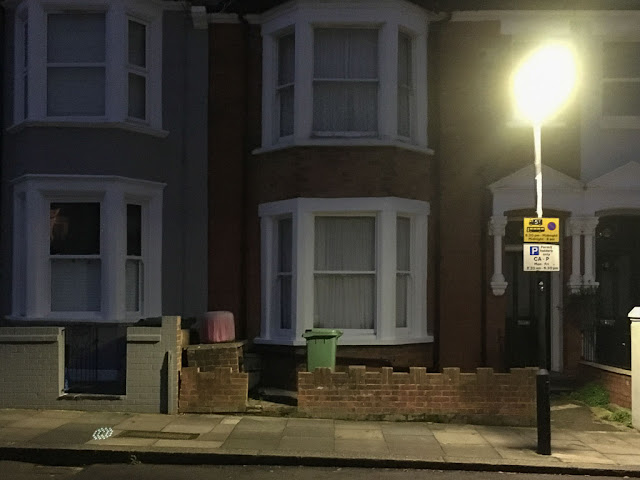 The stubborn footstool, which I photographed nearly five months ago, is still sitting outside this house a few blocks from ours. Apparently the homeowner and the garbage collectors are in a standoff. 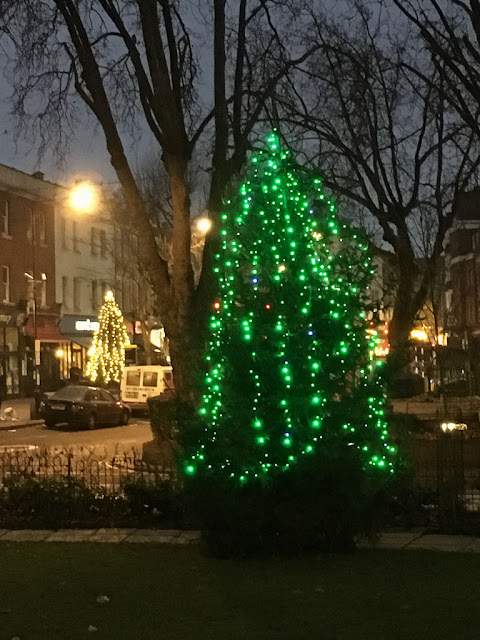 We have several neighborhood Christmas trees, including one with green lights on West End Green and another in front of some businesses on the high street. 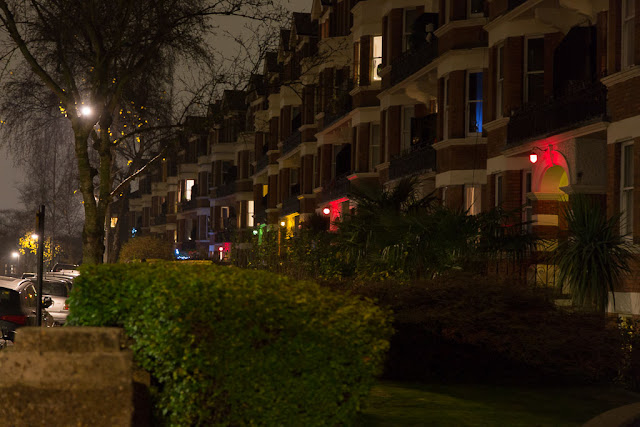 And Harvard Court, a block of flats (along with Yale Court) on an adjacent street, has installed some Christmas lighting out front. At least, I think those colored lights are for Christmas. They're not there all the time....or are they?

Coming to you tomorrow from across the ocean!
Posted by Steve Reed at 6:27 AM