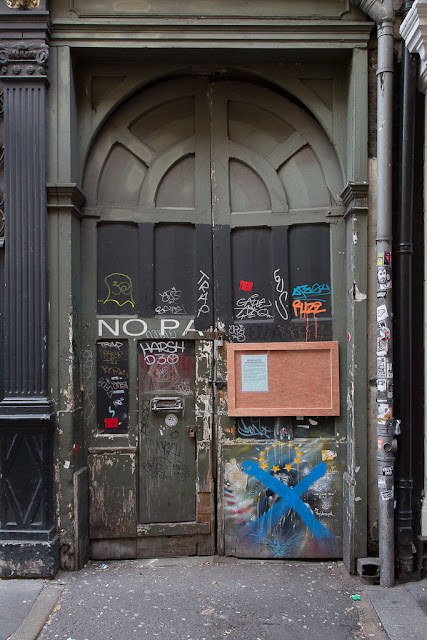 Here's an interesting old door I came across in Soho. I shot it at least once before, back in 2013, but it was less interesting then than it is now. That piece on the bottom right, by artist Paul "Don" Smith, seems to have something to do with the EU. Clearly someone took umbrage with it. 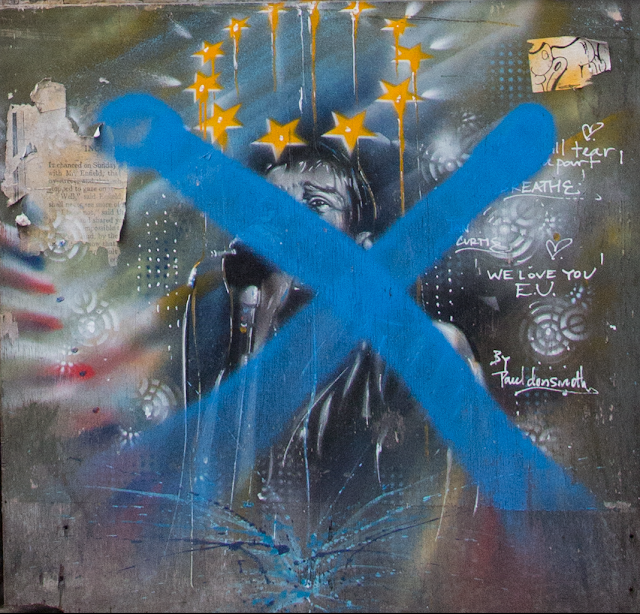 Don usually creates art with a pretty positive message, so "We love you E.U." wouldn't be unusual for him. I wish I could find a photo of this piece without the big blue X -- I'm sure there are some out there -- but my Google searches were fruitless.

I had a quiet evening last night. Dave had a student concert, so I was here alone with the dog. I continued typing my old journals, which I've been having a great time reading. I came across an entertaining story about seeing a Moroccan uromastyx while walking near my village one day in 1994. I had no idea what it was. I called it the Moroccan equivalent of a Gila Monster, which it does vaguely resemble, but I don't think the uromastyx is venomous.

I've also been making my way through a fascinating book called "While the City Slept," about a murder in Seattle and the inadequate system in the United States for treating the dangerously mentally ill.

The library kids have been behaving better. I think they know they pushed me to my limits earlier this week. They've backed off!
Posted by Steve Reed at 6:30 AM