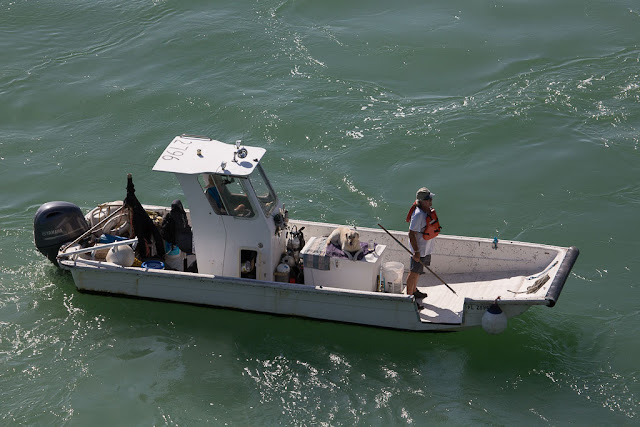 Our arrival in Key West went smoothly yesterday morning. We steamed (is that the word?) into port and were helped to our berth by this guy, who used that long pole to capture the ship's tie lines when they were dropped into the water. His dog helped by watching. 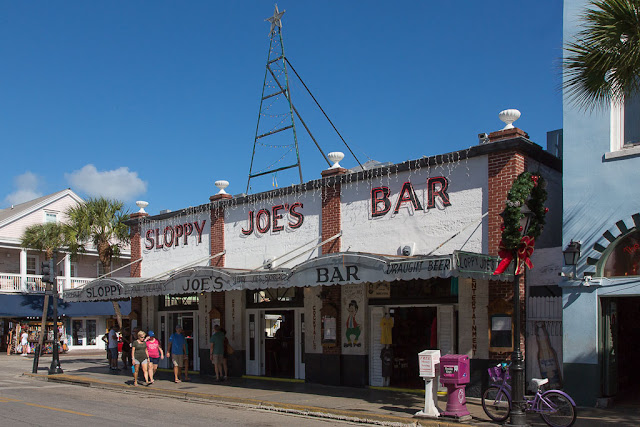 The entire family had some trouble getting off the ship, thanks to confusing directions about which stairwell/elevator to use. But we finally figured it out and found ourselves on Duval Street, the town's main drag. 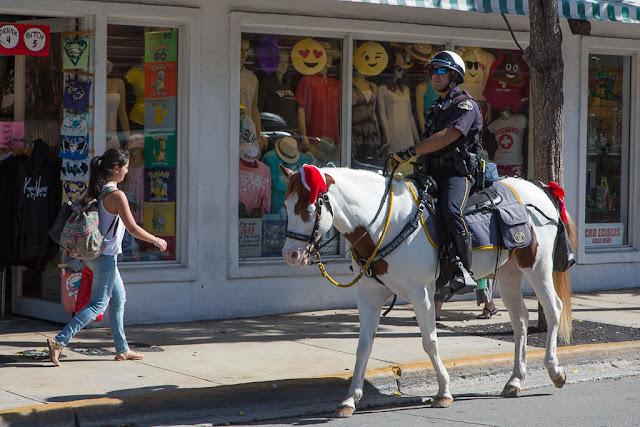 Of course it's no surprise that Key West should have its Christmas decorations out, but they look a little weird in that tropical environment. 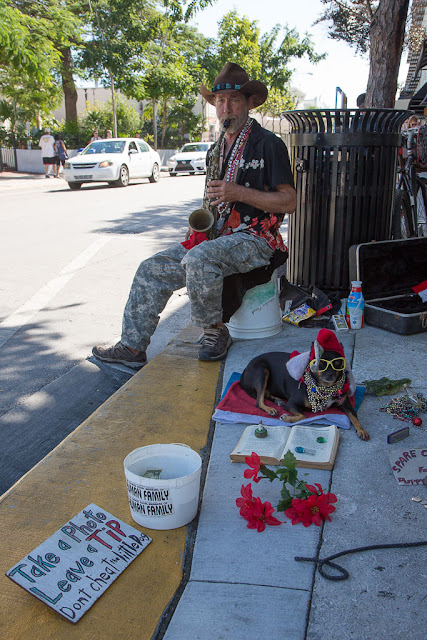 The usual assortment of characters were out and about (and no, I did not cheat the little dog)... 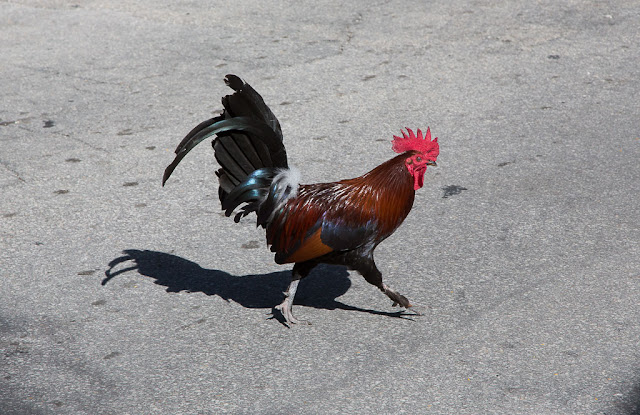 ...as well as the usual assortment of wandering chickens. 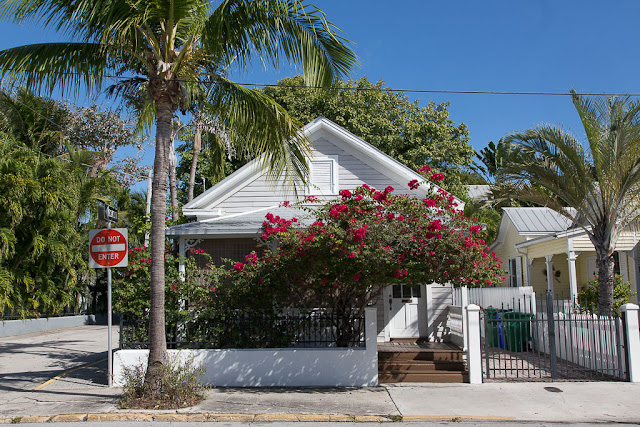 Dave and I walked with my brother and his family to the Southernmost Point, which was mobbed with people taking pictures. There was actually a line. Which I have never seen there. I think it's because there were two ships in port.

We beat a hasty retreat and my brother headed back to the ship with his small daughters, who were not having a lot of fun walking in the heat. Dave and I moved on to Blue Heaven, a terrific outdoor restaurant, where we had bloody marys and chicken salad sandwiches beneath the spreading overhead trees. 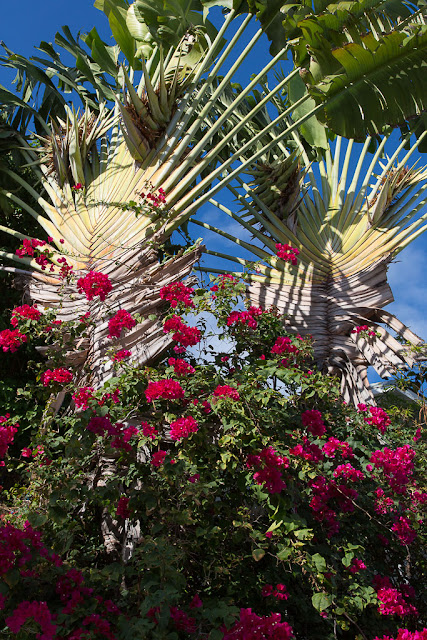 Dave peeled off and went back to the ship after lunch. I kept walking another few hours, to photograph more of the tropical foliage and quirky buildings and sights. I love Key West. 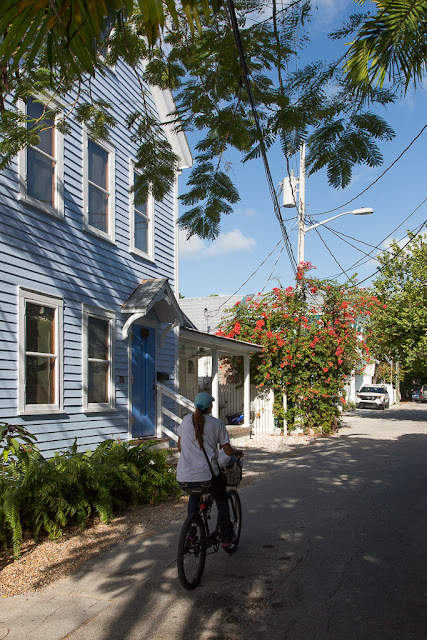 I first came here in the mid-'80s, and it's changed a lot since then, into more of a tourist mecca -- ironically partly due to the presence of cruise ships, which began docking here in the '90s, as I recall. But there are still lots of quiet corners. 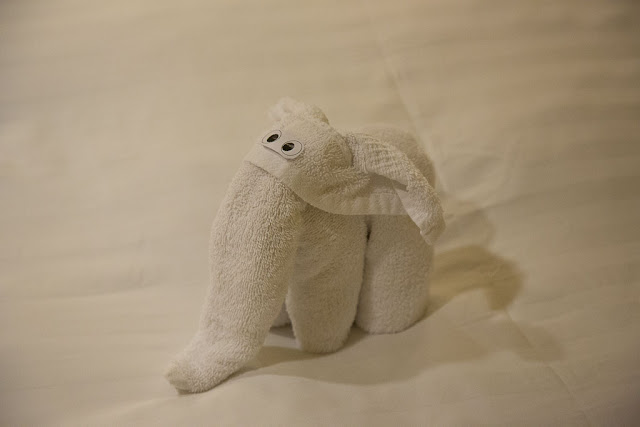 As ambivalent as I am about cruises and cruise ships, the service on this trip has been impeccable so far. Last night, this little guy was waiting for us on our bed. I think he's made of washcloths!
Posted by Steve Reed at 1:24 PM