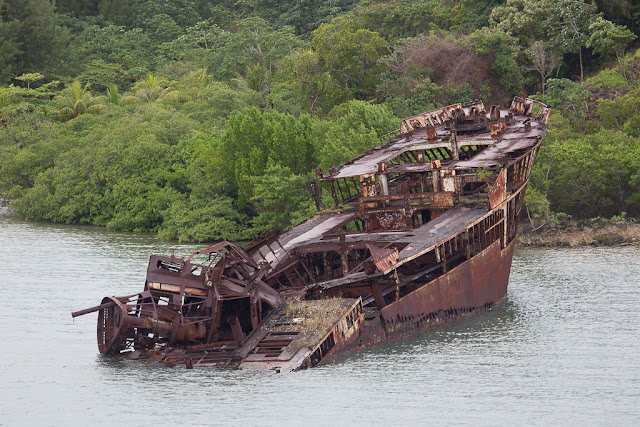 Our stop yesterday was Mahogany Bay, a slightly Disneyish Carnival-owned port on the island of Roatan in Honduras. There's a little cluster of pastel-colored duty-free shops and a beach. There are also a couple of wrecked ships rusting scenically in the harbor, giving Mahogany Bay some history and authenticity and saving it from being completely bland. (Presumably they are not cruise ships.) 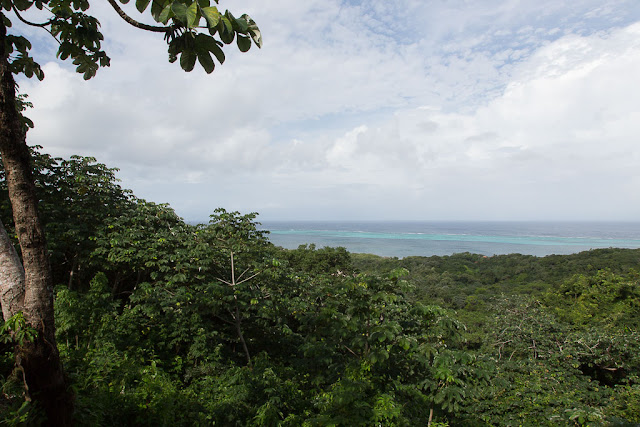 Not wanting to be stuck in Mahogany Bay with nowhere to go -- because we're not really beach people -- Dave and I took a sightseeing excursion up into the hills. We stopped at an overlook where we could see the breakers booming on the turquoise reef offshore.

Years ago I read a book called "Far Tortuga," by Peter Matthiessen, about sea-turtle fishermen who are stranded on a disabled boat in the Caribbean. Their goal through the entire book was to get to Roatan. I never in a million years imagined that one day I would be here. 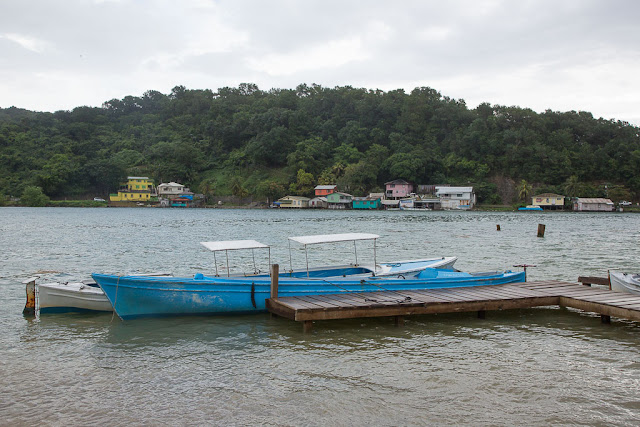 The sightseeing van took us to a fishing village called Oak Ridge, which gave me exactly what I wanted -- an idea of how people live here. There was a little shop containing essentials, and guys sitting on an outdoor patio playing dominoes and watching an action movie on a wall-mounted television. Narrow water taxis carried passengers from the pastel-colored houses on one side of the bay to the other. 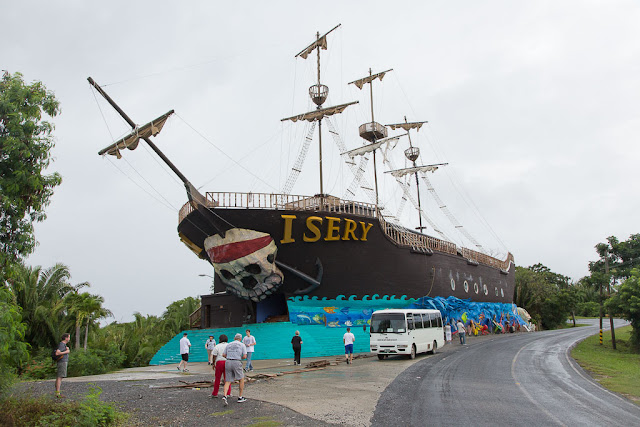 On the way to lunch our van passed this bizarre construction, a gigantic beached ship. Apparently it's a defunct nightclub. Our tour guide, Carol, told us it had been confiscated by the government because of illegal drug activity, so we couldn't go inside, but we enjoyed the folksy sculpted skulls and beach creatures on the exterior. 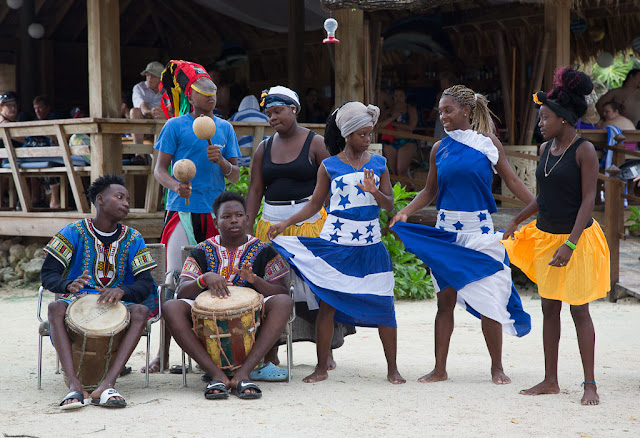 At lunch (refried beans, plantains, tortilla chips and yucca, provided by the cruise line) we saw a performance of a dance that supposedly represents Roatan's historic African roots. They were called Garifuna dancers, and I believe that's also the name of their language and culture. It was an interesting call-and-response song with a group dance. Carol wasn't sure exactly what the song meant, but said vaguely it was about life and joy. 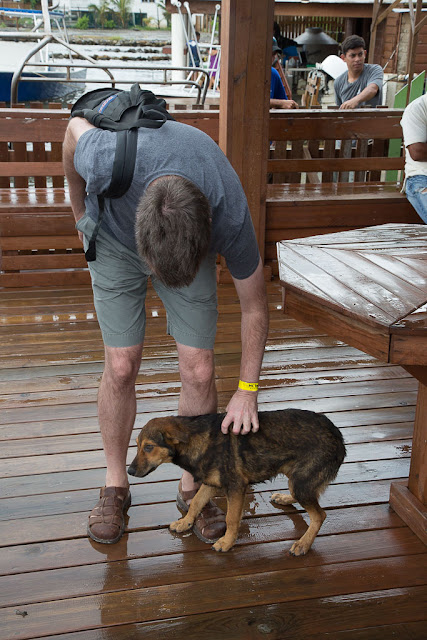 Dave made friends with a puppyish local cur, who darted skittishly around our ankles and seemed to relish the attention.

On the drive back to port, Carol -- who was not a shrinking violet -- sang a rousing solo rendition of "Feliz Navidad" in the van, resulting in that song being stuck in my head the rest of the day. Thanks, Carol!
Posted by Steve Reed at 12:11 PM