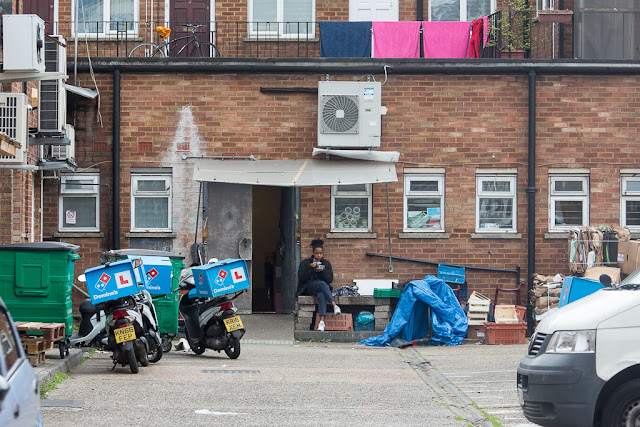 When did "May the Fourth Be With You" become a thing? I walked into our cafeteria yesterday at lunch and everything was decked out in Star Wars paraphernalia -- gold and black streamers on the walls, Artoo Detoo hovering over the vegetable curry. It seemed very weird. I figured another movie was coming out or something, but then someone told me that it was Star Wars Day, because of the date.

I swear I have never heard of this before. Or if I have, I blocked it out. I like Star Wars, but I don't see why it needs its own holiday.

I haven't heard a thing yet from my doctor regarding my basal cell carcinoma. It's been almost two weeks since I visited her and she said I'd have a referral to a dermatologist within six weeks. I wouldn't be too concerned, except that I have a feeling once I get the referral letter the appointment itself will be far into the future, and I'd really rather not walk around with this thing on my forehead longer than I have to. By the time I get any attention it'll look like a coconut!

Oh, and remember those Ancestry DNA tests that Dave and I took at the beginning of March? Still no results on those, either. Ancestry initially said 6-8 weeks, and as of today we've passed the 8-week mark (based on when they arrived at Ancestry after being mailed). But they also belatedly notified us that things may take slightly longer because of "high demand." I think it's because of Dave's alien DNA. They've probably never seen anything like it. 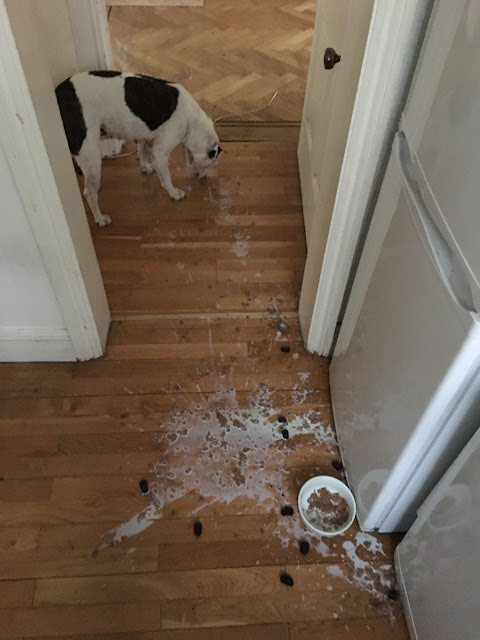 I posted this on Facebook, so apologies to those of you who have already seen it. But yes, I did in fact manage to drop my cereal in the kitchen yesterday morning. My hands were wet and I just didn't get a good grip on the bowl, et voila. When that bowl hit the floor -- and miraculously did not break -- the dog came running at top speed. I took the easy way out and let her lick up the milk before cleaning up the rest. Is that bad?

She wasn't at all interested in the bran flakes.

Oh, and I saved the blackberries -- before Olga got near them. Washed 'em off and ate 'em on my replacement cereal. They're too expensive to throw out!