Piccadilly, Then and Now 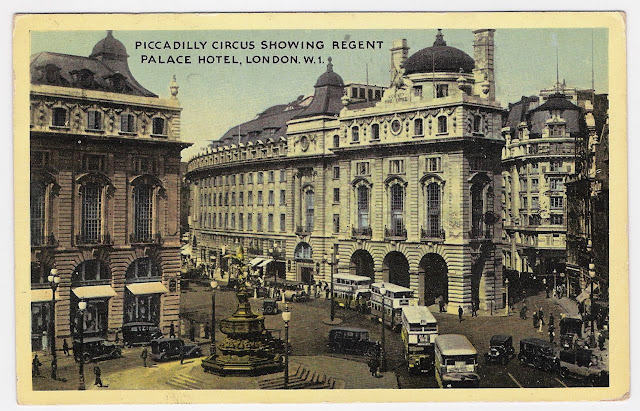 Here's another old postcard from my collection. This one was mailed to my grandparents from one of my great-uncles. Apparently he and his wife were in London visiting their daughter, who had either already moved to England permanently or would eventually do so.

From the caption, you'd think the Regent Palace Hotel was the big white building in the middle, wouldn't you? But no -- it's tucked down at the end of that little street at the right. It closed in 2006 after 91 years in business. 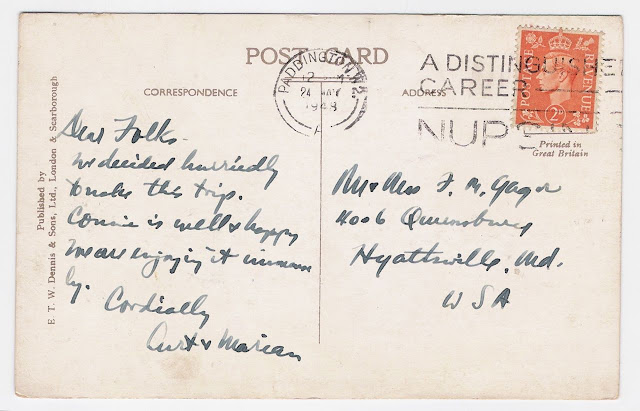 Even in 1948, the government was trying to inspire more people to be nurses! (And who signs a postcard to his brother "cordially"?) 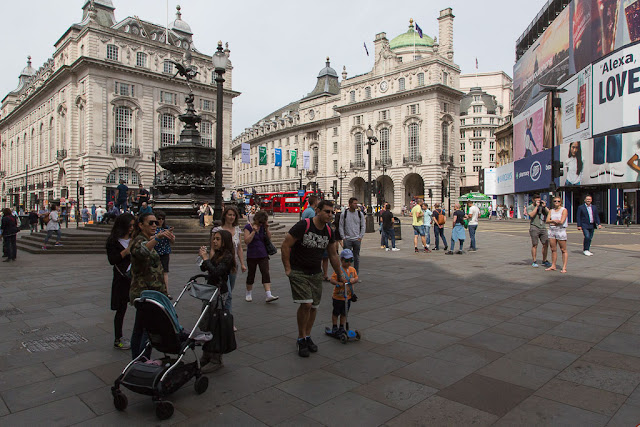 Anyway, I went down to the West End on Sunday for a photo walk, and decided to check out the same scene for comparison's sake. Obviously the postcard photo was taken from a higher vantage point, but all in all, things haven't changed a whole lot. Just traffic patterns and advertisements! (This is a heavily landmarked area and all those buildings are protected.)

I had a good walk, from Green Park all through Soho, and then up Tottenham Court Road and through Regent's Park and St. John's Wood to home. It prepared me for yesterday, when we had some heavy rain in the afternoon and going out wasn't really an option. I stayed home and finished "The End of Eddy," Edouard Louis' compelling book about growing up gay in blue-collar rural France. Great book, but the guy pulled no punches. I wonder if anyone in his hometown is speaking to him now?
Posted by Steve Reed at 6:11 AM