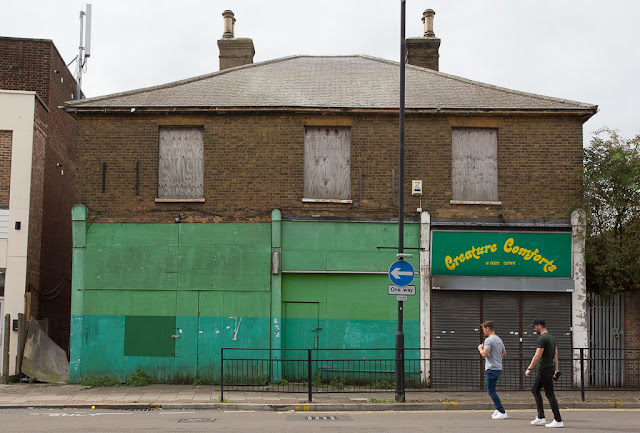 It seems that everyone I know has escaped serious damage from Irma. So that's one hurdle leapt, although many, many people are obviously still coping with her after-effects.

I had a completely crazy day yesterday -- so crazy that I had trouble sleeping last night.

First, I was indirectly insulted by a British book dealer. We ordered a book for the library called "This is a Book for Parents of Gay Kids," addressing questions that parents may have if their child comes out. A teacher had asked for books on this subject, and this seemed like a good one.

When the order arrived, though, the package contained a Christian book advocating virginity and celibacy. What?!

The packing slip was correct -- so I don't think someone accidentally sent the wrong book. Anyone could tell the information didn't match. I think someone was deliberately trying to save my soul. And my soul does not need saving, thank you very much.

I wrote a pointed e-mail to the bookseller, and received only a bland "we're sorry you received the wrong book" message. They asked for the ISBN numbers, which I provided (they aren't similar). So we'll see where this goes. My friends all think I should make this go viral, but I want to give the shop a chance to respond more fully.

Then, to add more drama to the day, Dave called me just as I was preparing to close the library to say the dog-walker contacted him with dire news. Apparently, during their rainy afternoon walk on Hampstead Heath, a lightning bolt struck a nearby tree (!). Two of the dogs panicked and got out of their harnesses, one of them being Olga. At the time of his call, she was still missing.

Needless to say, that sent me into panic mode. I pictured her running loose in London, trying to cross busy roads and navigate her way home. As many times as we've walked to the Heath she might be able to do it, but it would be a perilous journey. She is completely heedless of cars.

Fortunately, as Dave was talking to me, he got another call -- this time from a man who'd picked up both Olga and the other dog, and took them to a vet where their microchips were read. That's how he got Dave's phone number. The man offered to bring Olga home, and in about half an hour he showed up, with Olga none the worse for wear. He declined our offers of money and wine as a reward.

I'd always doubted whether that microchip would work. At least now I know it does!

I hadn't planned to drink wine last night, but you can bet I did.

Oh, and speaking of self-medication, our neighborhood pot plant has vanished. It was still in the ground on Sunday morning, but yesterday morning it was gone. Someone must have clued in and harvested it. It wasn't me, I swear.