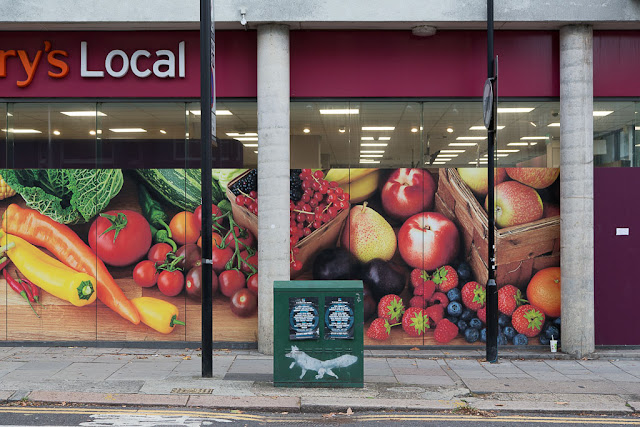 When I was walking Olga several days ago, we came across this fox stencil outside Sainsbury's in Kilburn. Remember when we first moved to London and I was finding these stencils all over the place? Many of them have since been painted over, but this one is still hanging around. 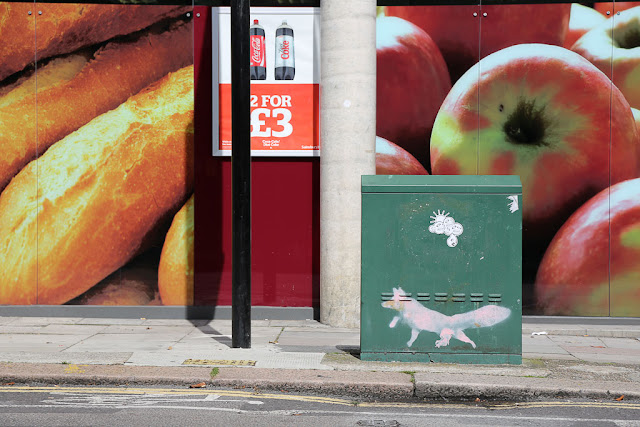 Here's a photo I took in July 2012 of the same stencil. It looked a bit pink back then -- I don't know whether it's faded now or if the color was simply an effect of direct sunlight.

In West Hampstead, one of the buildings just off the high street used to have an identical fox stenciled on its side. Here it is in July 2014: 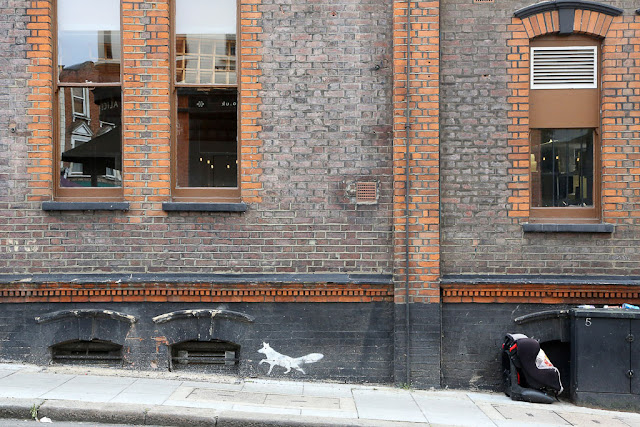 But then someone painted the building. To their credit, they added a new fox to the wall after the paint job, but it's just not the same: 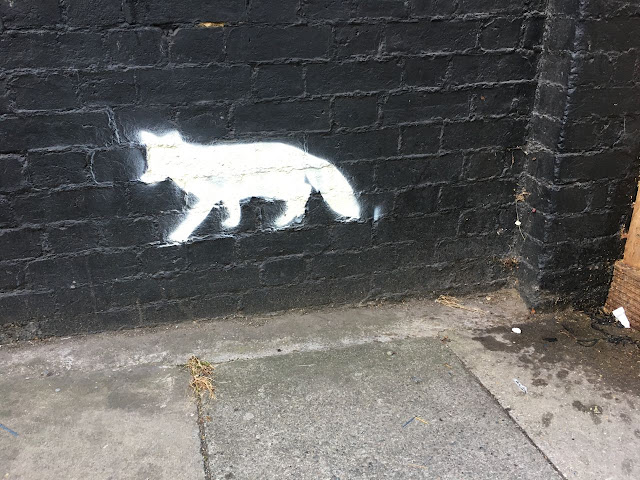 The old stencil was sharp and energetic, but this new one is just kind of blobby and sad.

So Manafort and Cohen have fallen, and both on the same day. Could this be the beginning of the end of Trump? Dare we hope?
Posted by Steve Reed at 7:15 AM