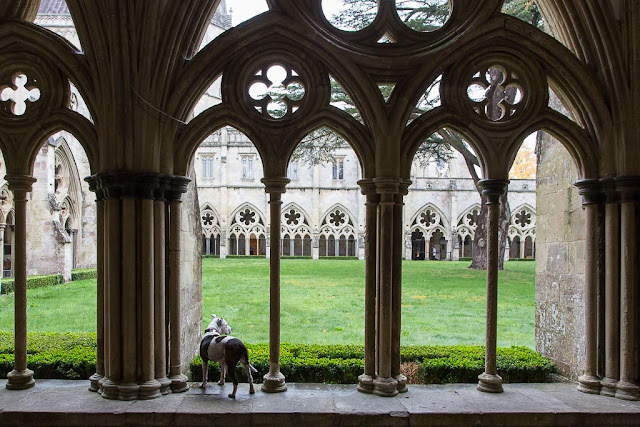 Dave and I had breakfast at our hotel yesterday, with Olga at our feet -- we couldn't bring her into the dining room, but we were allowed to sit with her in the lounge. As we ate, a sixtyish woman in a sparkly blue beaded top and perfectly coiffed hair came in, sat right down at the next table and began chatting with us.

Or more like chatting at us. Within a few minutes we'd learned all about her husband's CBE and her visits to Buckingham Palace (three of them), and the ills of the National Health Service where she works because it is stretched to the limit by immigrants, and her firm belief that hard work and sacrifice were essential for success. (She and her siblings had inherited a farm in Wales.) She didn't come right out and say she was a Brexiteer and a Trump supporter, but both were strongly implied. My subtle attempts to suggest an alternative viewpoint were ignored.

Dave and I couldn't reveal our thoughts to each other, of course, but after about half an hour of this right-wing haranguing we broke away. "What a repulsive woman!" he exclaimed when we got back to the room. I hope to God we don't see her again.

Speaking of God, we went to the cathedral yesterday. By most everyone's standard it's the main reason to visit Salisbury. We walked over in the misty rain and planned to do our sightseeing in shifts, while one of us stayed outside to mind the dog. 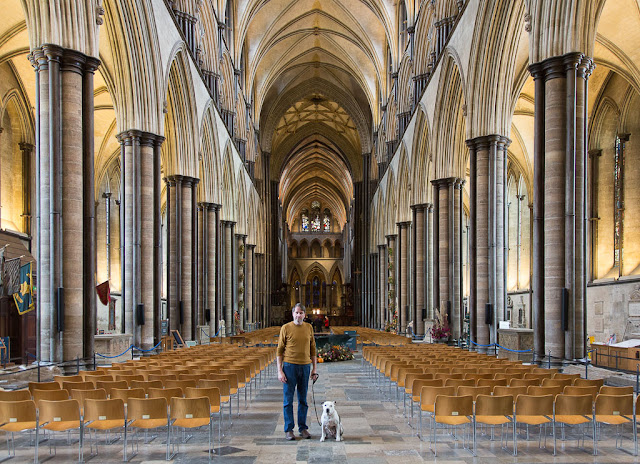 But no! DOGS ARE ALLOWED INSIDE THE CATHEDRAL! I couldn't believe it. 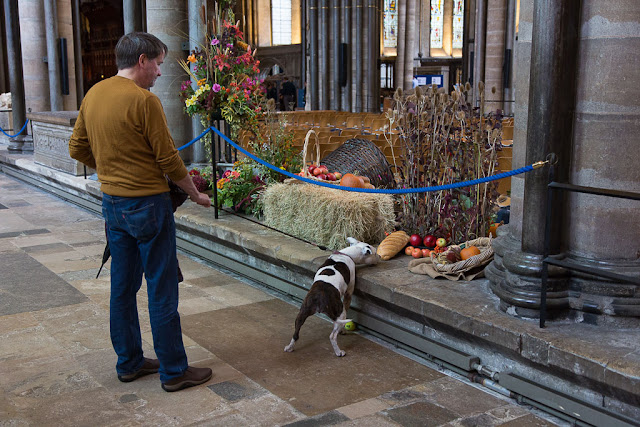 I'm not sure Olga appreciated the religious significance, but she was very interested in the loaf of bread on the autumn harvest display. 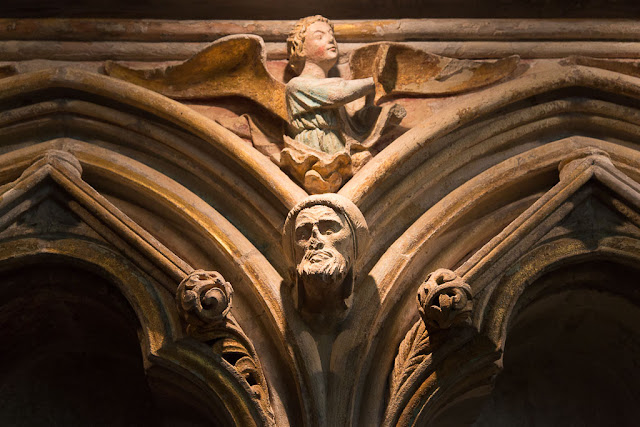 The cathedral was built over a 38-year period (quite quickly, really) in the 1200s, with the tall tower and spire added a few hundred years later. It features an original copy of the Magna Carta, beautifully written out by hand and kept in a special octagonal chamber. Nearby, displayed on a table, was the body of a dessicated rat found inside a skull in one of the tombs. Wild!

The photo above shows a medieval screen that used to divide the cathedral, and you can see the large cloisters in the photo at the top. 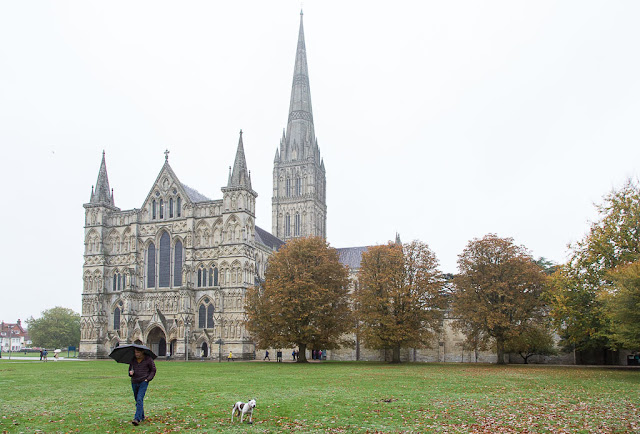 Afterwards we went outside and threw the Kong on the cathedral grounds, to work off some of Olga's energy.

We explored the town and saw a few of the landmarks that featured in the Novichok case -- the restaurant where the victims ate, the park where they were found on a bench. We also saw... 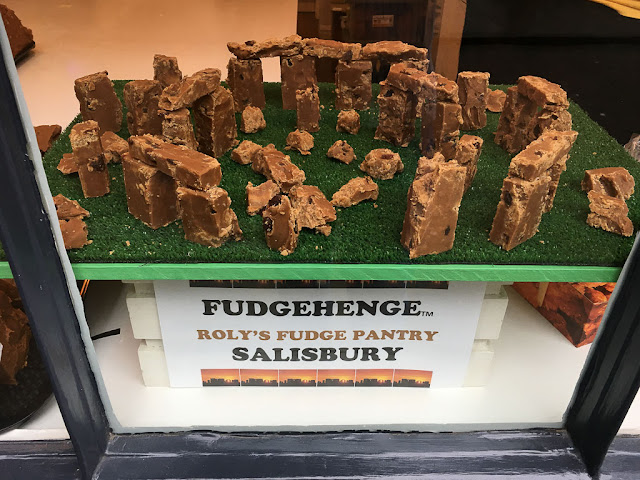 ..."Fudgehenge," which is as close as we're going to get to Stonehenge on this visit. (It's only eight miles away, but we've been there before.) Dave bought some fudge at this shop, so Fudgehenge appears to be an effective marketing gimmick.

We had lunch in town and then made our way back to the room, where Dave took a nap and I finished my book and caught up with life on Facebook (as much as one ever can). We didn't run into Margaret Thatcher again, but there's always this morning!
Posted by Steve Reed at 7:17 AM