More Pics from the Ol' Phone 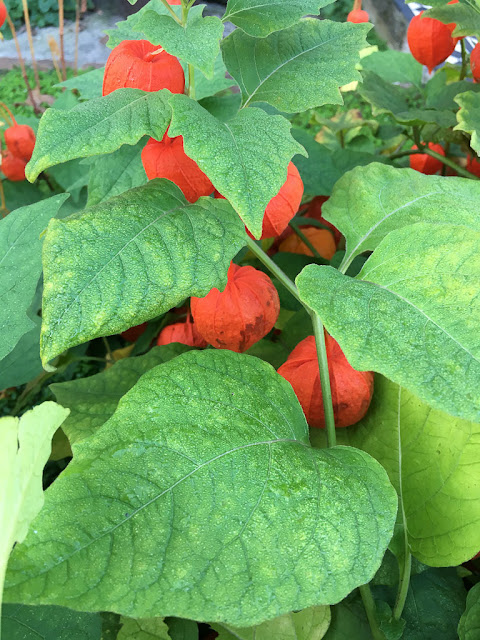 This is not our Chinese lantern plant. I wish! No, it belongs to a neighbor, and just like every year, it is bedecked with beautiful orange lantern-like seed pods. Our lantern plant -- our third attempt at growing one, I should add -- seems to have spontaneously died. It was doing well until shortly after we returned from Vietnam, when it turned yellow and withered away. I thought it was dying back for fall until I saw the neighbor's, still lush and be-lanterned. I have no idea why Dave and I are so terrible at growing this particular plant -- especially when it's supposed to be so easy!

We'll see if it comes up in the spring, and if not, we'll get a fourth one. I am GOING to have lanterns, dammit. 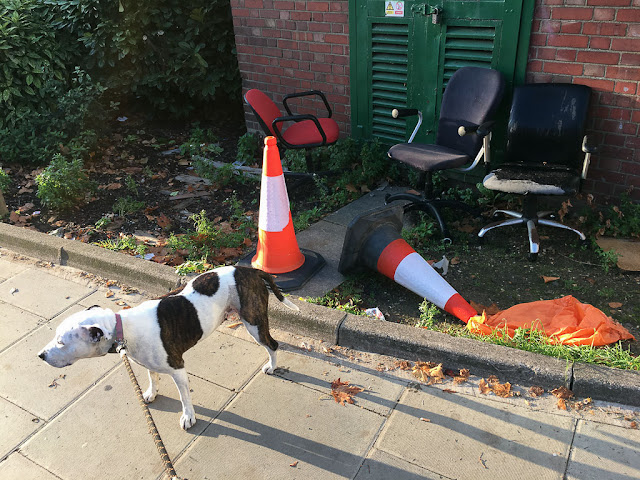 An office near Fortune Green closed some time ago and was remodeled into another office. Simultaneously, these office chairs appeared, discarded by the side of the road. Coincidence? 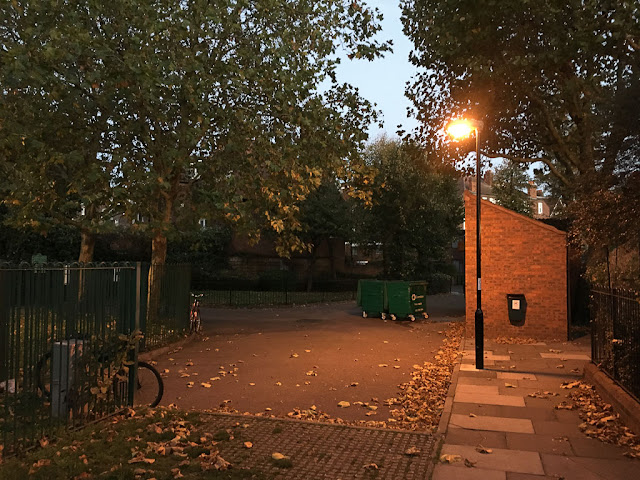 A picture of nothing. I just liked the orangey glow of that streetlight. 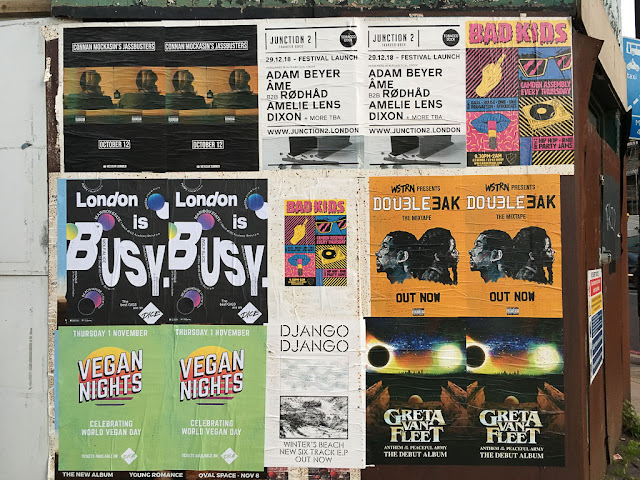 The promotional posters on the vacant shop on Finchley Road keep changing. There's a whole world of entertainment going on out there I know nothing about! 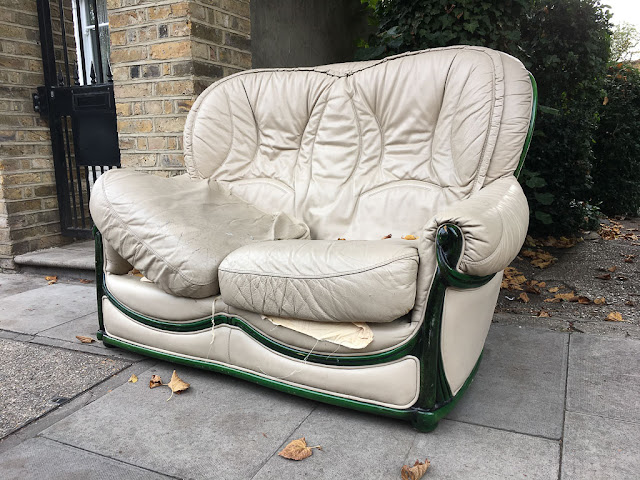 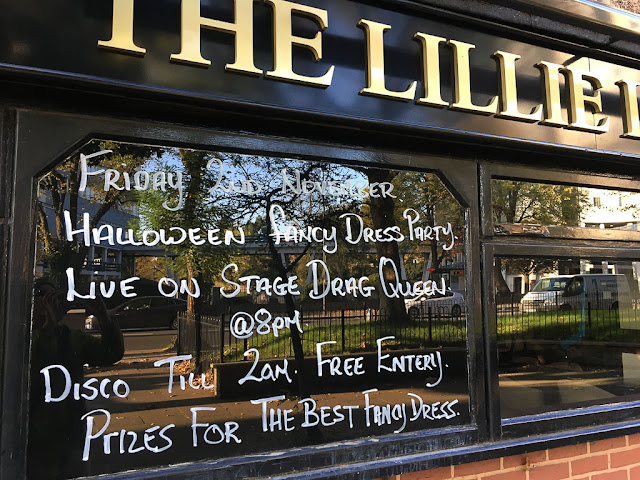 A nearby pub is having a Halloween party tomorrow night with a drag queen! This is surprising only because it just doesn't seem like a drag queen kind of pub. I guess drag culture really has permeated the mainstream -- or, as one of my friends suggested, maybe it's the name of a band. 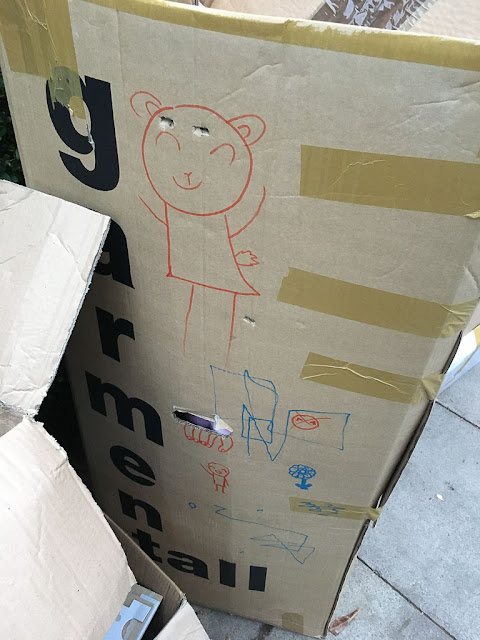 Cute doodles on the side of a discarded box, set out for the recyclers. 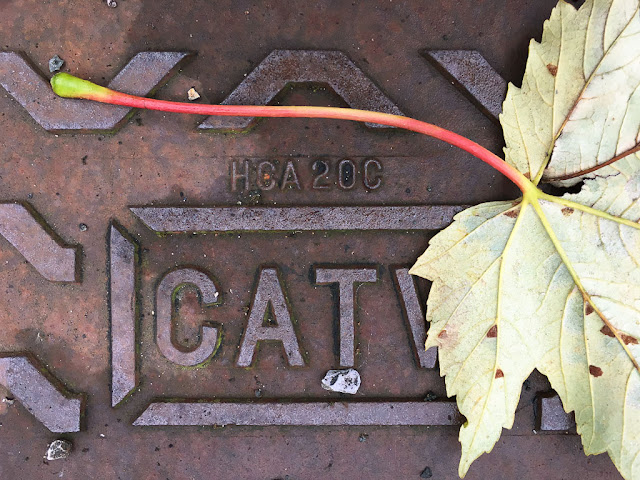 A fall leaf atop a metal manhole cover -- don't you love that colorful stem?

By the way, we had no trick-or-treaters last night. Whew!
Posted by Steve Reed at 6:55 AM