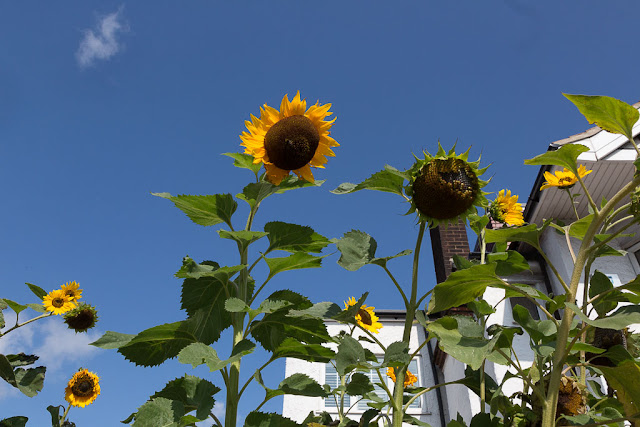 I walked another segment of the Capital Ring yesterday. I figured I'd better get as much walking under my belt as possible -- after school starts for me tomorrow, I'll have much less spare time!

I started off at Brent Cross Shopping Centre, where I stopped last week, and I walked to Highgate -- about six miles.

These sunflowers were towering over someone's front garden near Hendon Park... 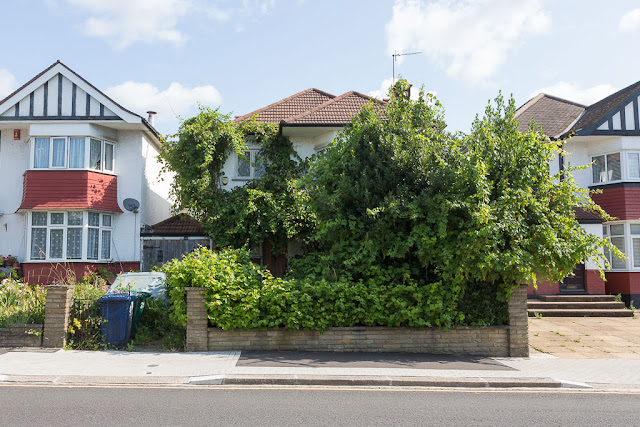 ...and this house is being consumed by grape vines. The car is already pretty much engulfed. 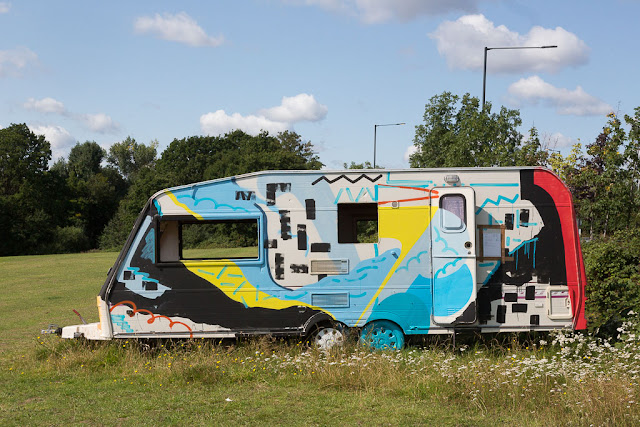 I found a very funky camper parked north of Golders Green near Finchley. It looked utterly abandoned, with the windows smashed out and the interior in a shambles, and there was a legal notice of hearing posted next to the door -- so my guess is it won't be there much longer. Love the paint job, though. 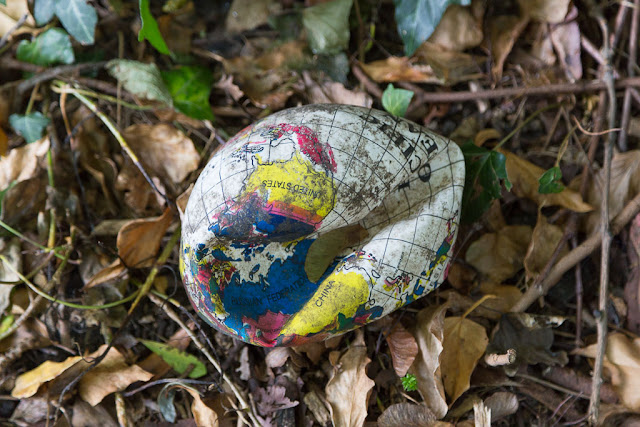 Sometimes this feels like the true condition of the world! 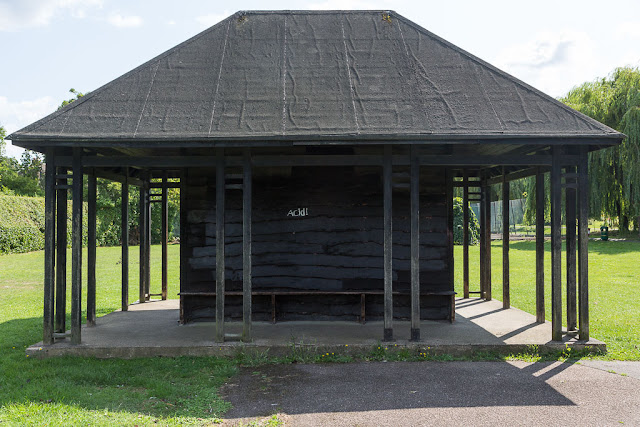 This building is in a park near Hampstead Garden Suburb. I was amused by the graffiti: "Acid!" 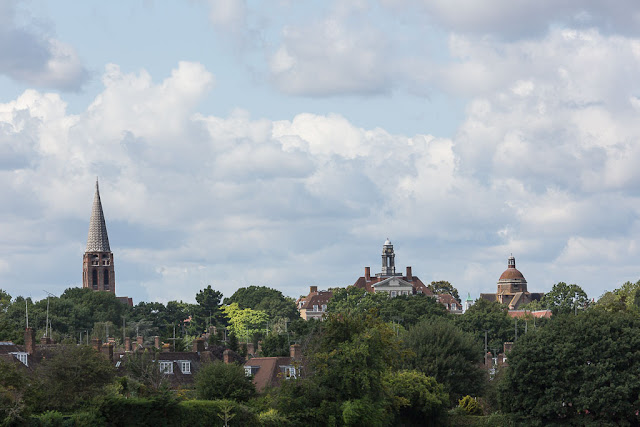 The rooftops in that area looked positively Florentine. This is very close to where I often walk Olga on Hampstead Heath extension -- I've photographed that tall church on the left many times from the other side. 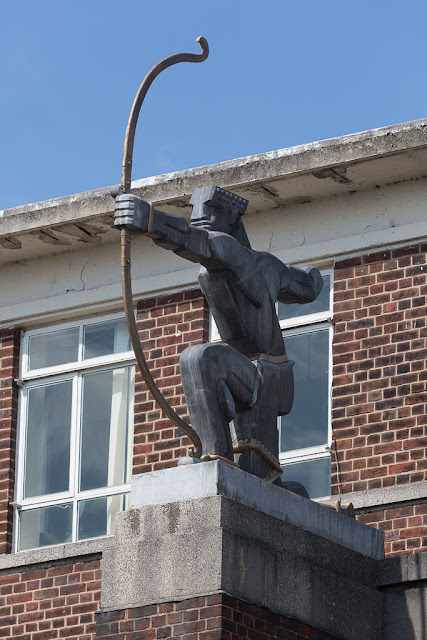 At East Finchley I saw the 10-foot-high statue of an archer, by Eric Aumonier, above the Art Deco tube station. According to my map, "The archer represents Finchley's ancient association with hunting in the nearby Royal Forest of Enfield."

From there I walked through Highgate Wood and a couple of other forested tracts... 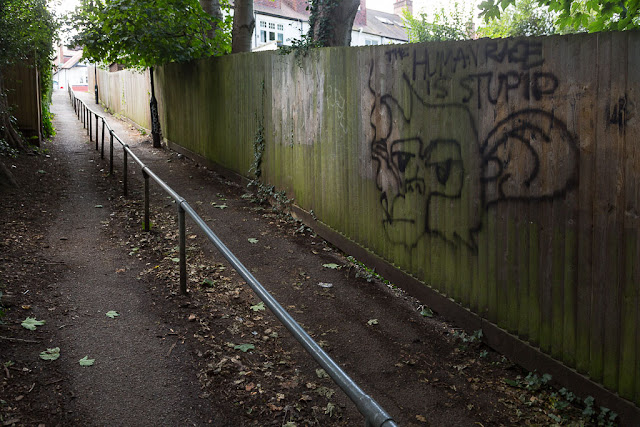 ...before emerging into a neighborhood near Highgate tube station along this uphill path. I took the tube home from there, and met Dave at a cafe for lunch. The weather is slowly turning more autumnal as the days draw in -- it was 54 degrees when I walked the dog yesterday morning. Chilly!
Posted by Steve Reed at 6:05 AM