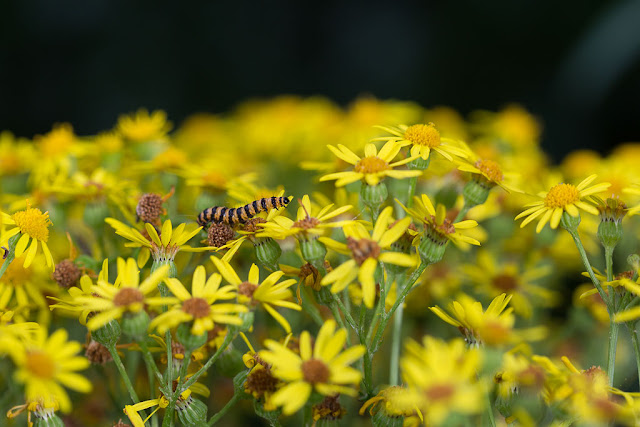 I read online that cinnabar moth caterpillars, like the ones that took up residence on one of our garden ragwort plants, can sometimes starve to death because they devour the ragwort that they're on and it's not enough to get them through their larval stage. We have several ragwort plants, including a couple that are pretty large, but the caterpillars all appeared on a relatively small one.

So yesterday, I helped ten of them "move house," shifting them to the bigger plants. Hopefully now everyone is distributed in a way that will keep them all alive and healthy. I also found one very small caterpillar that had fallen to the ground -- whether it fell because it's small or vice versa, I'm not sure, but I put it back on the plant.

It's such a trial to keep all the children safe! 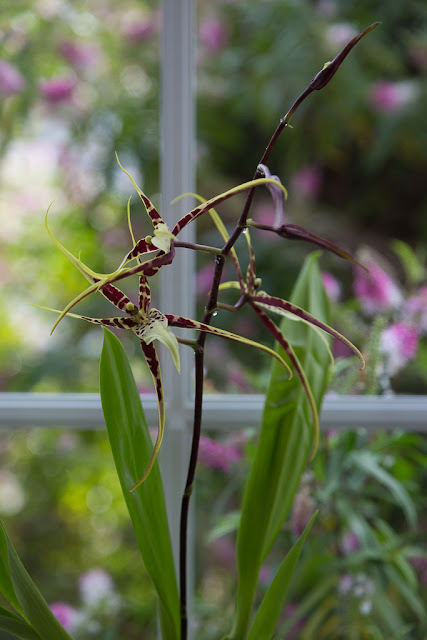 This is a Cambria orchid that I bought for Dave a year or two back. I never expected it to bloom again, but this spring it sent up a flower stalk and now a couple of new blossoms have opened. It's a very weird-looking, spidery flower, isn't it? Cambria orchids are apparently hybridized from several different natural species, so I guess this doesn't exist in nature. 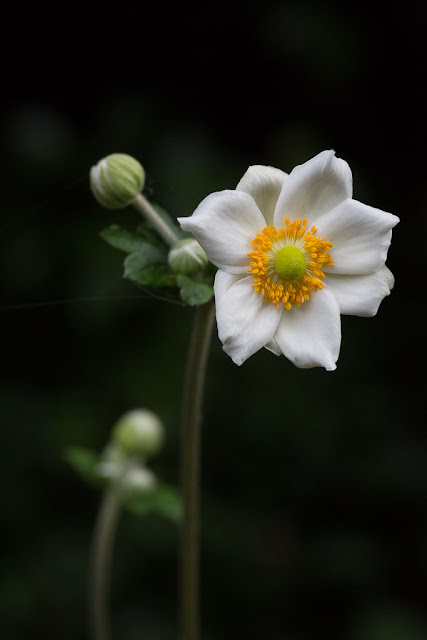 Dave and I always say when our Japanese anemones start blooming, it's time to go back to school. Here's one of this season's first. It's a few weeks early -- I don't go back until the 15th -- but close enough. 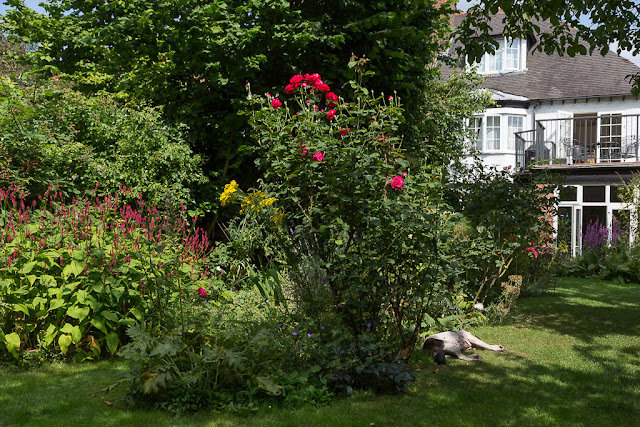 I spent all day yesterday at home. I sat out on the garden bench and read, and did some light yardwork (like rescuing caterpillars), and finally watched a movie I've been meaning to see for ages, "The Loneliness of the Long-Distance Runner" with Tom Courtenay, from 1962. I have to watch all the old movies I can while Dave is gone, because he is not a fan!
Posted by Steve Reed at 7:50 AM