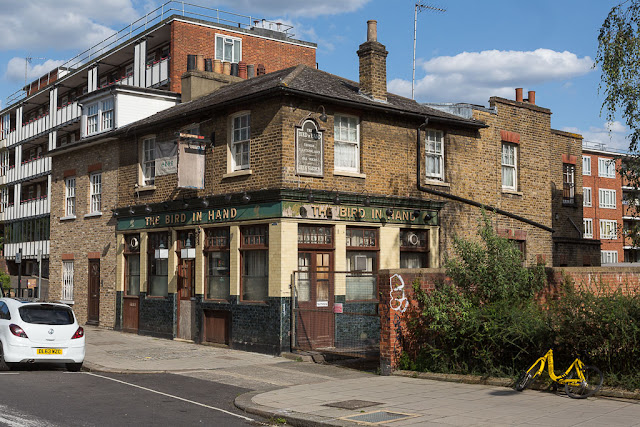 Speaking of closed pubs -- as I was yesterday -- here's another one I came across not too long ago. It's also in Kilburn, not far from the Carlton Tavern. I've never seen any activity here, and although there's no official "closed" sign, apparently it's been shuttered for many years. One source I found online said it closed in 2003. 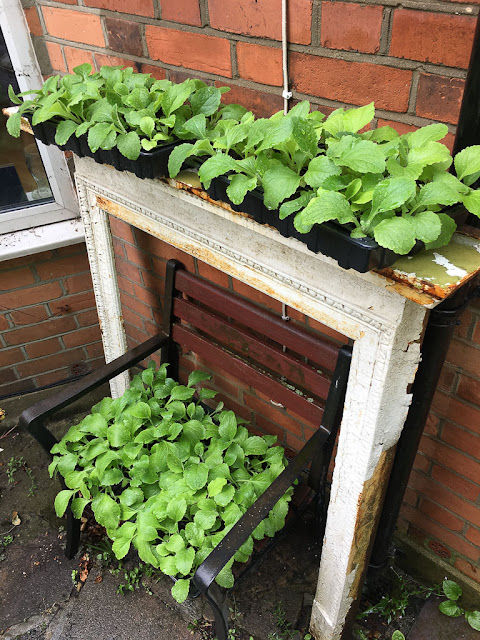 Remember my foxglove seedlings? They've prospered and grown pretty large, at least for the seed trays they're in now. Not a single plant died, so I wound up with 160 of them (!) and I'm starting to try to find them homes.

I've been asking around at work, and yesterday morning I delivered 28 of them to co-workers who live nearby. I'm like Johnny Appleseed! I think I'll take the rest to work and try to hand them out there. We'll hang on to 20 or 30 for ourselves -- still more than we need. 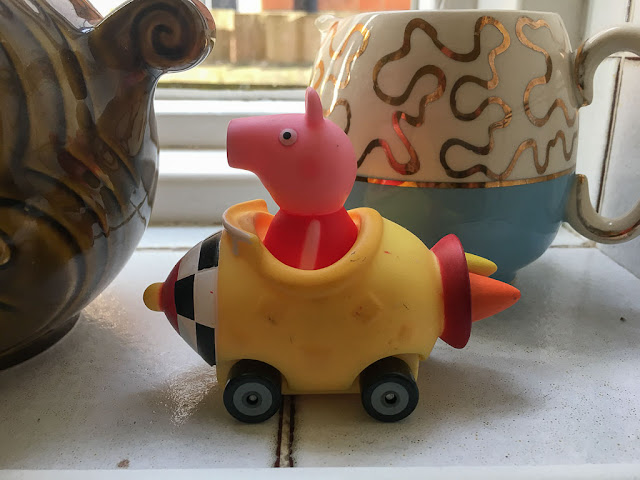 Dave and I were walking Olga through the nearby council estate several weeks ago when I spied this little toy in a trash bin. It's Peppa Pig! In a rocket ship! How could I not pick it up?! Yes, I know, I am a 52-year-old man -- DO NOT make fun of me.

Speaking of age, last night I watched an episode of "Gilligan's Island" while Dave cooked dinner. (I was drinking wine, which is pretty much the only way to tolerate "Gilligan's Island" as an adult.) Anyway, I realized with horror that I am now older than any of the actors when they appeared on that show, with the exception of the Howells -- and I'm exactly the same age as Jim Backus when he played Thurston Howell. Even the Skipper was younger then than I am now. Crikey!
Posted by Steve Reed at 7:12 AM