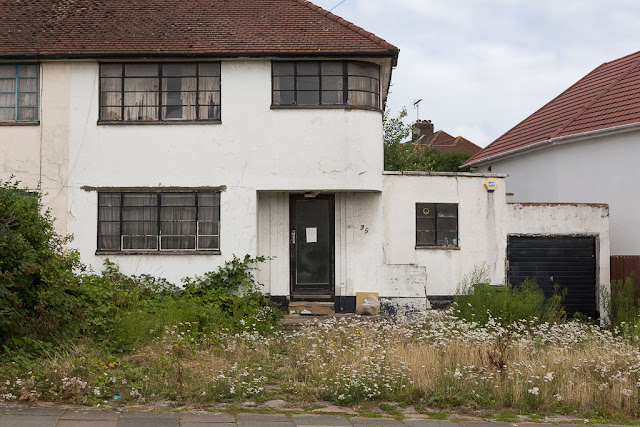 I walked another leg of the Capital Ring yesterday, roughly six miles from South Kenton to Brent Cross. This is probably the closest segment to where we live, and I often found myself in familiar territory.

I'd never been past this poor house before, though. It has great Deco bones, with that beautiful curved window, but it's fit for the Addams Family. Check out those upstairs curtains! (The note on the door admonished people not to park in the driveway without the owner's permission. Do you suppose someone really is living there?!) 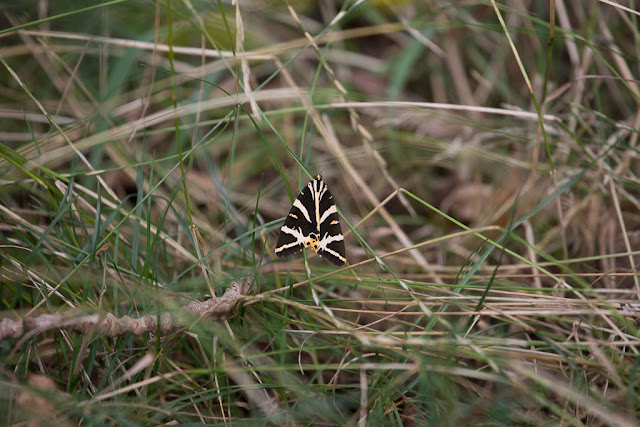 The familiar territory included Fryent Country Park, where I took Olga in February. We encountered the Capital Ring trail markers on that visit, so I knew I'd be passing through again.

I saw two Jersey tiger moths in the park. I swear I've seen more this year than ever -- probably ten so far, including two in our own garden. They must be having a bonanza year. 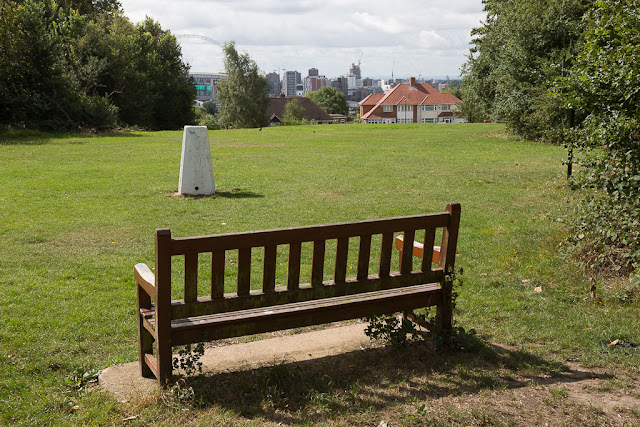 In the park I passed this old white survey marker, or "trig" point -- and some benches with views over Wembley. You can see the stadium just to the right of that left-hand clump of trees. 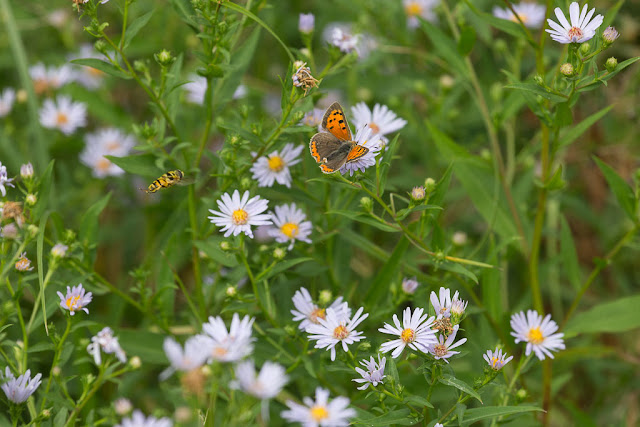 This small copper butterfly was intent on the wild purple asters, known as Michaelmas daisies. A hoverfly was zooming in from the left, too. 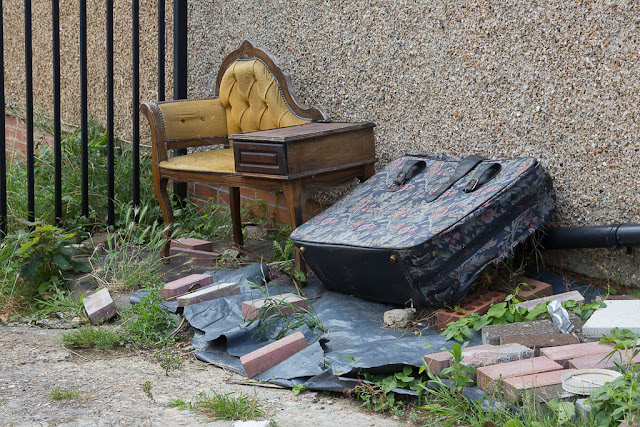 Of course I passed some bizarre stuff discarded on the street. Check out that telephone table. Seems like it might have some value, but it's not my style and I wasn't about to try to rescue it.

Suddenly I turned a corner and found myself in a familiar place -- a neighborhood I'd photographed for Bleeding London several years ago. (Remember that, when photographers from the Royal Photographic Society were trying to take a picture on every street in London?) It's funny how it all came right back to me. I remembered taking a photo of a huge monkey puzzle tree in a nearby front yard, so I went to see it again... 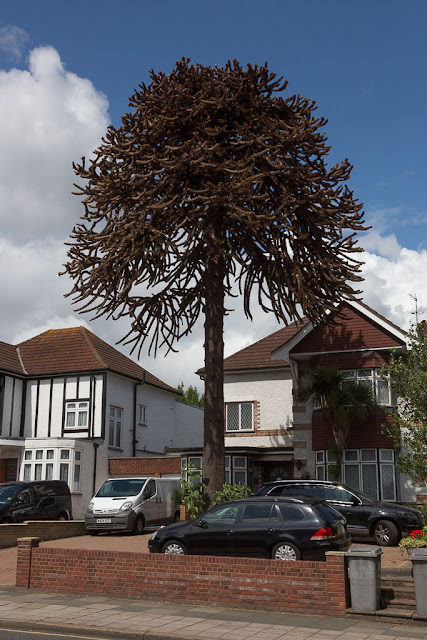 ...and was sorry to see that it has apparently died. I wonder if parking those cars around its base compacted the roots. Sad! 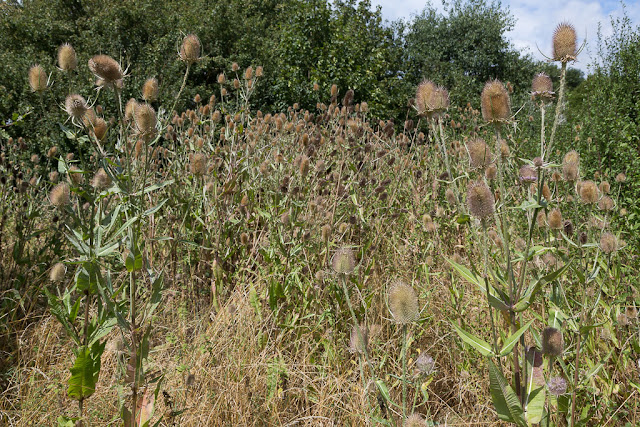 The path led on through the Welsh Harp Open Space, the site of a large reservoir. I passed this impressive stand of teasels, most already past their seasonal prime. 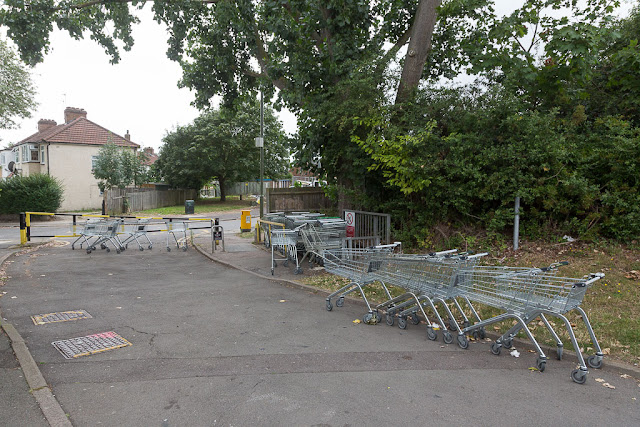 I ended my walk at the Brent Cross Shopping Centre, slightly short of the official end of this Capital Ring segment at Hendon Park, but much more convenient for me. (I could catch a bus at Brent Cross that would take me directly home.) I'll just start the next segment there, so I'll still walk the whole ring.

I didn't see as many stray shopping carts in the neighborhood around the mall as I did five years ago, but there sure were plenty stacked up at the parking lot exit gate. I guess "trolley control" is an ongoing battle!
Posted by Steve Reed at 6:27 AM